Does the Halo Infinite campaign have co-op split-screen play? The beta testing (or “flight” as 343 Industries call it) is starting this July. Halo fans will finally get a chance to experience the story in their favourite way, by going through it with their friends. However, the best way for that is via local couch co-op play. Here’s what we know about local split-screen co-op support for the campaign. 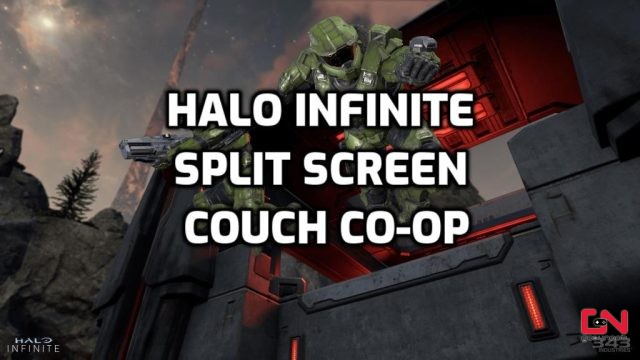 Will The Halo Infinite Co-op Beta Have Split-screen?

The first beta test for the Halo Infinite campaign co-op is here. If you are interested in participating in beta testing, read our guide on how to sign up for the beta. Campaign co-op is by far the best way to experience to story with your friends. But even better is when playing the game with your friends in the same room, on a couch in front of a big TV screen. The local split-screen co-op play has been a staple in many Halo games. So, will Halo Infinite have a local split-screen co-op as well? Unfortunately, not at the time of writing.

It has been confirmed and clearly stated that the Halo Infinite co-op beta is “network-only”. Thus, you will only be able to play online with other players, but not locally on the same Xbox console. That’s unfortunate, but that’s how things currently are. Neither the co-op beta nor the full release will have split-screen support.

However, there is a silver lining. Developers have confirmed that split-screen is still in the cards. The roadmap for Halo Infinite Season 2 actually has a split-screen campaign co-op listed as an upcoming feature. But it states that the exact date is yet to be announced. Thus, we expect that the split-screen will eventually arrive at some point in 2023. Most likely as a part of the Season 4 or Season 5 update, somewhere in the first half of 2023.

PREVIOUS POSTAC Liberation Delisted & Soon to Be Unplayable on Steam

NEXT POSTSubway Surfers Unblocked, How to Play at School