First introduced in Star Wars: Episode VII – The Force Awakens, Maz Kanata has been one of the breakout characters of the sequel trilogy. Fulfilling a similar role as Yoda, Maz is a wise mentor figure that presents Rey with Luke Skywalker’s iconic lightsaber. As such, it’s no wonder that Maz is also present in Lego Star Wars: The Skywalker Saga. Unfortunately, many players are currently experiencing a bug where they can’t speak to Maz. While this issue will almost certainly get resolved in a future patch, we are going to show you how to fix the Can’t Speak to Maz bug in Skywalker Saga. 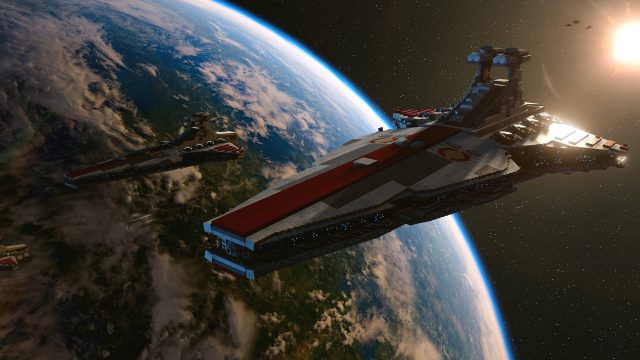 How to Fix Can’t Speak to Maz Skywalker Saga PC

Currently, we only know how to fix this bug on the PC version of the game. If you are playing Skywalker Saga on consoles, there isn’t anything to do but wait until the developers fix this in a patch. If a console fix for this appears before that, we will update this guide accordingly. Now, let’s see what this method entails for the PC. Before we start, though, we have to point out that it involves some messing around with your savegame data. As such, you should be aware that you are doing this at your own risk and that you can mess up your game. If you are not comfortable doing this, then perhaps it’s best to wait for the official fix instead of attempting this yourselves.

With that disclaimer out of the way, let’s get into the fix itself. We’d like to thank Reddit user JackOMiell for coming up with this. So, to fix the Skywalker Saga Speak to Maz glitch, first create a new savegame and start with Episode VII. Rush through all the content here until you speak with Maz. Finish the “Friends of the Resistance” mission and the “Starkiller Queen” mission, up to the point in that mission where you need to take out 30 clone troopers.

After that, quit the game. Navigate to “C:\Users\

NEXT POSTFortnite Stuck On Checking For Updates Fix