With the March update to Lost Ark now live, players can participate in a special event called the Arkesia Grand Prix. Like its name suggests, this is a racing game in which two teams made up of seven members each, will race around a special racing course. The event itself is scheduled to last for approximately a month, until the April update. So, you should take advantage of this event while you can. By participating in it, you will earn Arkesia Event Coins, which you can then exchange for other prizes in Lost Ark’s Exchange Shop. We will explain how this system works right here. 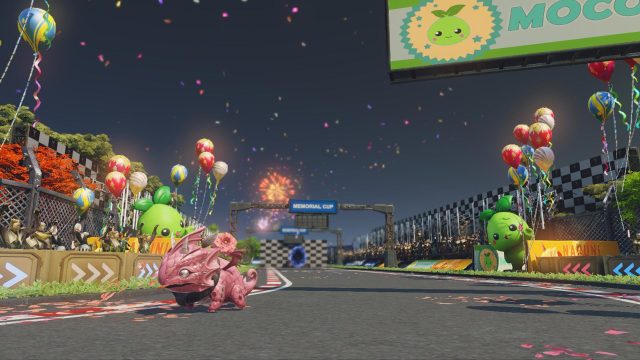 To be able to participate in this event, you will need to be at least Level 50. If you are, then you will see that a new NPC is now available in every major city in the game (apart from Prideholme, that is). This NPC is called “Arkesia Grand Prix Manager”. Speaking with this NPC will get you the “[Event][Daily] Go to the Arena!” quest. Follow this to compete in the races. The races occur on even hours of the day (so, 2, 4, 6, etc.). Note that you can only compete in a race once per day.

Once you have earned some Arkesia Event Coins, you will then want to exchange them. Again, you can do this in every major city. Look for a pink exclamation point on the map. When you talk to this NPC, you will then get two options: “Quest” and “Exchange”. Obviously, choose the second one. When you do, you will enter a trading menu where you will be able to exchange your hard-earned Arkesia Event Coins for prizes such as cosmetics, Honing Materials, Engraving Recipes, and similar rewards. Good luck racing and don’t forget that you only have about a month to make use of this new mechanic until it is then removed in April.

NEXT POSTElden Ring Boc Invisible Man, Oi You There