Players will come across Lost Ark Powerpass from the start of the game. Whenever you launch the game and are on the character select screen in the bottom of the screen on the left is a yellow Powerpass button. If you are curious enough and decide to click on the button a new window with very obscure and at the same time incomprehensible explanation will pop up. In our guide we’ll share with you what is Powerpass and how to use power pass. 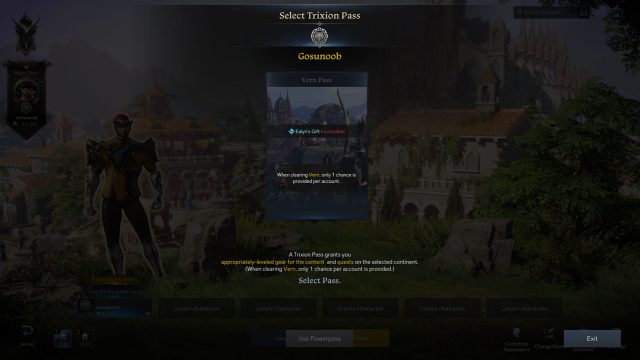 What is Powerpass in Lost Ark

What is Lost Ark Powerpass

The whole point of Powerpass is that during this beta, if you finish the main story with one character they are giving you a power pass, which is a mechanic that will level up your second character immediately to level 50 and give it level appropriate gear. This helps players try the end game with another class so they can decide which playstyle they like better and perhaps lock-in onto which class they’ll play when the game finally launches.

How to use Powerpass in Lost Ark

On the official Steam website we found a detailed explanation on how to use Powerpass in Lost Ark.

Given the short test period, A Powerpass will be provided to Adventurers in Closed Beta. This is to aid fast progression for alt characters so that the users can enjoy the contents with the various classes. When the player completes the Main Quest (Ealyn’s Gift) from North Vern, a single Vern Powerpass Token will be provided via in-game mail. Only one Powerpass will be provided per account. Adventurers Path can be started immediately after consuming the Powerpass on an alternate character. This feature compresses the level 10 – 50 segment for an alt character and is a story told by Beatrice. It will guide you on the essentials and progression, specific to your class, allowing you to re-live the content through that character. Completing the Adventurers Path quest chain will equip your character with the gear appropriate for Vern content.