Robbing Stores is one of the activities you can do while taking a break from the main missions in Mafia 3. It’s a profitable way to spend time in the game, but it’s not without risk. You can draw attention if you’re not careful, which can turn a simple stick-up into a bloody massacre. If you play it smart, you’ll get away unscathed, your pockets filled with money. In this guide, we’re going to show you how to rob stores in Mafia 3. 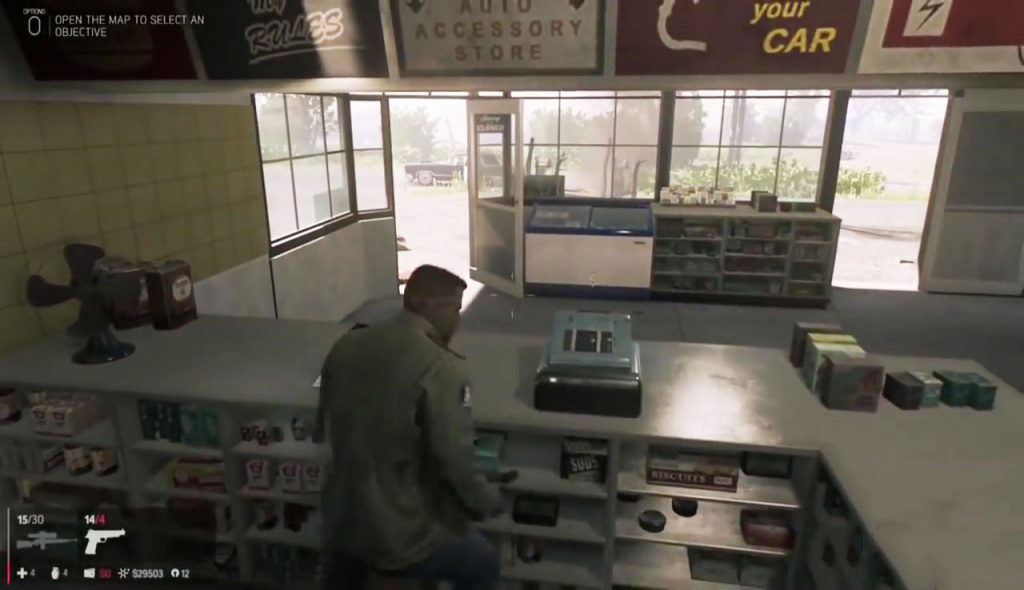 Note: This guide is a work in progress. We’re going to add more information to it once the game is officially out.

The process is simple – you just need to walk inside and shoot the owner. If you just loiter, they’ll call the police. Using a silenced weapon would be smart – it would decrease your chances of getting caught. Once the owner is dead, approach the cash register and plunder it. Depending on the kind of store you decided to rob, there might not be much cash inside. Make sure you look around – there could also be a safe or a briefcase with money in the back room. If there is, it will have much more money than the cash register.

There aren’t a lot of details floating around about the system. If it’s anything like the one in the previous game, once you kill a shopkeeper, the store will close down. You won’t be able to use it anymore, as the shopkeeper won’t respawn. There also might be security in some of the stores – if that’s the case, you’ll have to be handy with a weapon if you want to avoid getting caught or gunned down.

We’ll know more once the game launches, on October 7th, and we’ll add all the new info as we discover it. Stay tuned.