The next Mass Effect: Andromeda update will feature a new class and difficulty in its Apex multiplayer horde mode. Thew new-old race is Batarian, who made their mark in the Mass Effect trilogy. You couldn’t see them in Andromeda up to this moment.

The release date is set to “soon”, although, if you head to the official page, it says that it is coming out on July 6, which is unlikely.

The Apex missions are a part of the Strike missions that you can start from the Tempest. They are the special missions that can be done in multiplayer as well, with friends or through public matchmaking. You can also just send your strike team to do the dirty work for you. It will probably be wiser to do the missions on your own, once the new difficulty comes along.

The three present Apex difficulties in the game are bronze, silver and gold. As it goes, the stronger silver and gold levels feature stronger and more numerous enemies, while yielding better rewards. The new difficulty is Platinum, and if we were to guess, it will be toughest one so far.

Since the Batarians weren’t present in Andromeda, it will be interesting to find out how they made it there. According to Fernando Melo, a producer of ME: Andromeda, answers will be given through the update lore secrets. Fernando also stated that the Batarian make an appearance in multiplayer mode only. So, if you’ve planned to have a romantic meeting with a Batarian, it will only happen on the battlefield. 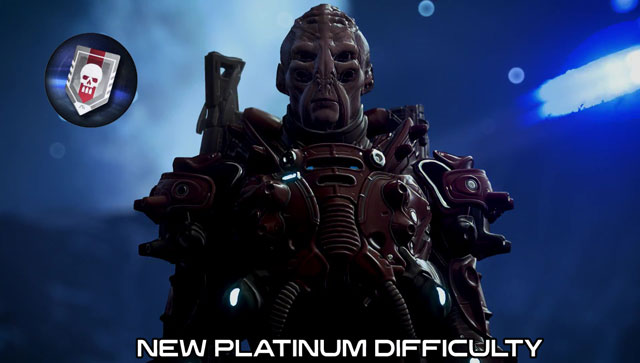 The multiplayer DLC update is not something that will make people who are drawn to the single player happy. The possibility for a single player, story-driven DLC is another matter entirely, like the question of the Quarian DLC.

During the Montreal Comic Con, on July 8th, 2017 at 4PM EDT, Bioware will have a panel on Mass Effect: Andromeda. The developers of the game will talk about their work and how they made the whole setting. There will be also a brief Q&A with the audience. What questions will be answered here, is something that we’ll have to wait and see.