Where to find Uranium and other uncommon crafting minerals in Mass Effect: Andromeda is one of the biggest questions among the players. Uranium, Cadmium, Lithium, Fluorite, Nickel and Irridium are required for a bunch of research and crafting plans. You’ll either need to mine them, find them in the field to loot them or buy them from vendors. In this guide, we’re going to show you uncommon material locations in ME: Andromeda.

Where to find Uranium

Uranium (U) is the rarest of all the uncommon materials and becomes available only later in the game. We’ve yet to find a merchant that sells it, although we’ve heard you can buy it for 110 credits. You can discover it using orbital scan, or by mining on foot at certain planets. The first place we found that contains lootable Uranium is Remav or H-047C as some call it. This “planet” gets unlocked after you interrogated Vehn Terev in main mission 4: “Hunting the Archon” (there’s a cutscene on the ship where crew discusses Remav – destroyed golden world, you can now visit). Once on the planet’s surface go to the dome south-southeast of the Tempest LZ in Crater Peregrine. Inside the dome you will find enough Uranium nodes to net you several hundred uranium. You can also find some during Mission 5: The Journey to Meridian when you land in the Remnant city in the Civki system. There are several nodes in Khi Tashira.

It’s used for crafting the following: 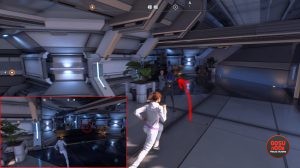 Cadmium (Cd) is one of the more popular materials. It can be bought from the general merchant aboard the Nexus. The price she offered us was 97 credits. We’ve also heard it can be mined on Kadara, in the Govorkam system. The game says it can be found by mining on foot and scanning from orbit.

You can use it to craft a bunch of things: 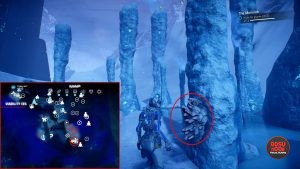 Lithium (Li) is what batteries are made of. You’ll need it for a lot of your engineering projects, but it’s not easy to get. We haven’t been able to find a merchant that stocks it, but you can mine it from the giant ice pillars on Voerld, in the Nol system.

It’s used in a bunch of blueprints: 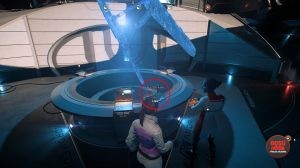 Fluorite (F) is a mineral used for creating lenses, mostly. You can buy it from the general merchant on the Nexus, or the buy/sell kiosk aboard the Tempest. It can be found in the wild, and we’ll update the guide as soon as we know where.

You’ll need it if you decide to make:

Nickel (Ni) seems to be useful in “manufacturing”, whatever that means. It can be mined on the planet Havarl, in the Faroang system. It’s a dangerous place, so be cautious. Buying it from a shop might be a wiser decision, so we’ll add the locations of vendors who stock it as soon as we find some. It’s an important ingredient in the following:

Iridium (Ir) is highly resistant to heat and corrosion, which probably makes for great vehicle plating. We haven’t been able to find deposits on any of the planets. The description says it can be mined on foot and from orbit. The buy/sell kiosk on the Tempest provides a steady supply for the eager mechanic. You’ll need it to make any of these:

PREVIOUS POSTAssasin’s Creed next game might have been accidentally leaked