Within the period of several weeks, I spent one hundred and eleven hours playing Mount & Blade II: Bannerlord. In normal circumstances, confessing this terrifying data point to anyone not invested in hard-core gaming would label me as a weirdo set on a path of social, educational, or economic self-destruction. But this pandemic has a twisted sense of turning things upside down, and each and every “feat” of isolationist nature is hailed as a glorifying achievement. I will miss being a hero when things go back to business as usual. 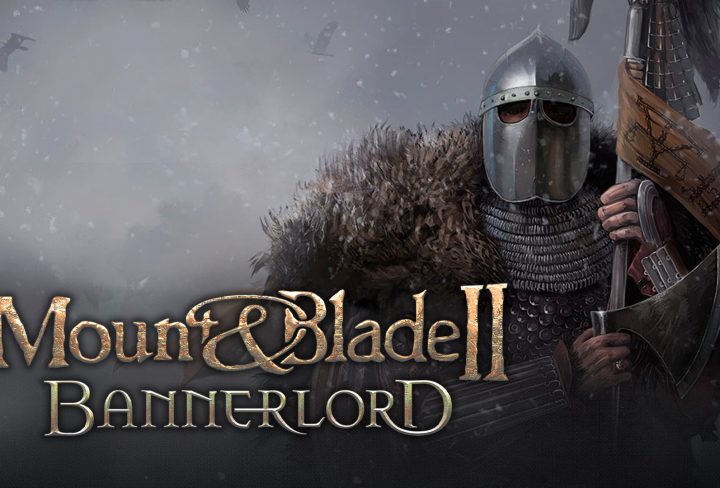 Creating a game as addictive as M&B II: Bannerlord takes time and the developer, Ankara based TaleWorlds Interactive, took that to the extreme. Announced in 2012 as a successor to the popular Mount & Blade: Warband, Bannerlord was slowly becoming more and more ambitious with each passing year of development. After almost a decade of laborious crafting and four years after its Steam page came online, Bannerlord is finally released… in the form of an early access game! It’s almost feature complete, but the “smell of beta” is still there, teasing the content and systems that are yet to be refined.

This, of course, will not stop any true fan of Mount & Blade series from diving deep into this sweet, sweet quasi-medieval sandbox. Bannerlord is a prequel to the previous game, set in the fictional land of Calradia, 210 years before the turmoil of Warband. Your role in Bannerlord is your personal “manifest destiny” – finding your place under the sun of a decaying empire. Playing a determined upstart with kingly ambitions, you will be carving a path of violence and diplomacy, slowly evolving from a leader of a dozen thugs to a suzerain of the entire continent.

The magic of Bannerlord games begins with a simplistic start and a relatively slow escalation of complexity. Things you need to worry about at the beginning are few – keep your small band of soldiers fed and paid, chase bandits for loot, money and prisoners, and say “yes sir, very good sir!” to any noble you encounter. You will sell confiscated spears, shields, and pants for gold, food, and better equipment for your avatar and his chosen companions; you will be completing simple quests for village elders; you will occasionally lose a battle and be taken into captivity… Once you level your clan a bit, you can begin to think about your broader role in the developing power play between Calradia’s factions. Will you pick a side and tie your clan’s future to one of the several competing empires? Maybe you will work as a mercenary for most or all of them? Or, perhaps, you will bite a mouthful and pick the hardest path of carving your own unique empire without the support of any existing factions? 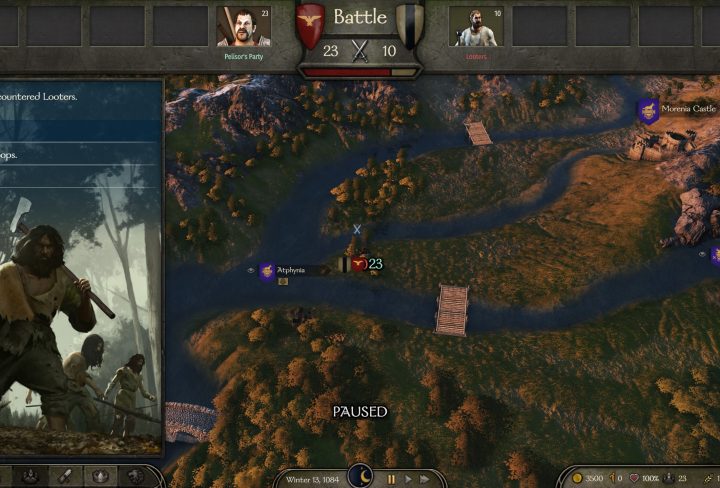 Almost every noble house in medieval times began with a capable warrior who wasn’t afraid to get his hands dirty. In Bannerlord, you are that warrior, a commander who leads from the front, shouting orders from the horseback, charging with the lance, or shooting arrows from a safe distance. During your initial campaign setup, you can choose the value of your combat vulnerability: if you opt for receiving only 1/3 damage, you can be a bit reckless with your combat escapades, but 1/1 means you will die fast as any grunt in the field. Well, not die… When your health reaches zero, you become “wounded” and the game switches to simulated combat in which your troops suffer some tactical penalties. If they manage to win on their own, all is well, apart from the need for some recuperation. In order to lead from the front again, you need to get your HP back. Healing is automatic, faster in the cities, but possible on the go. And what happens if the enemy wins the day? You get imprisoned, set to spend several game days in captivity until an opportunity for escape presents itself. You will lose a bit of gold and loot, a sliver of your pride and all of the troops you were leading, necessitating the rebuild of your warband. This “reset” is more difficult early on when you are short on cash and recruiting options, but it gets easier as the game progresses. 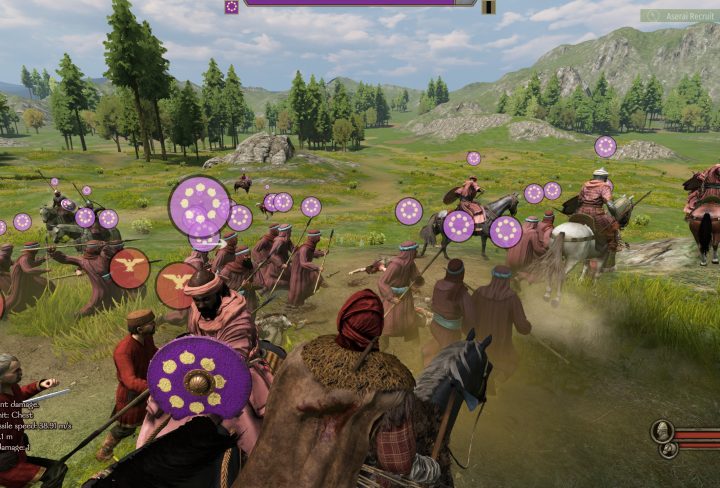 Leading and leveling the troops and heroes in your employ is a vital but not exclusive part of a successful strategy that will, one day, put you on the throne of Calradia. Unless you decide on a very difficult path of creating your own faction, you will need to work with other nobles in the realm. Common sense is essential when picking the faction you would swear fealty to: for example, joining the losing side in a war between empires is not a very good idea. You will need to learn to exploit the dynamic economy in the game in order to pay for your ever-increasing expenses. Paying the wages and food for troops, upgrading castles, and purchasing top tier equipment tend to be very, very expensive. On top of that, you will eventually need to get married and produce an heir to your clan – you may well be immortal in battles, but you are not immune to dying of old age. 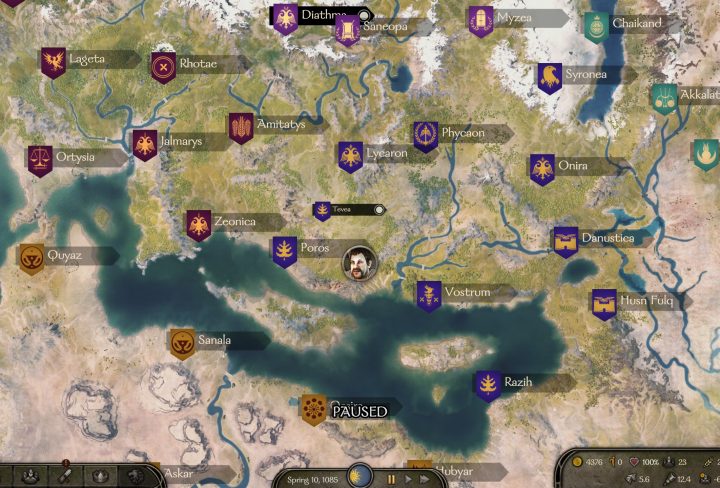 Mount & Blade II: Bannerlord is full of undocumented stuff that is absolutely crucial for long-term success of the campaign. For example, a major source of income are workshops in large cities which automatically generate revenue based on the availability of the local raw materials and the prosperity of the settlement. If I hadn’t plowed through Reddit, I would never have found that I could buy a workshop from the owner and set up my own supply chain with caravans. How did I miss that? Well, in order to buy a workshop, you need to pick the option to manually walk the city streets and approach a shop proprietor on foot, which you absolutely never do because you do all your trading in the settlement menu. The game is full of intricacies like this one, so be prepared to consult with the community often, and, of course, experiment. 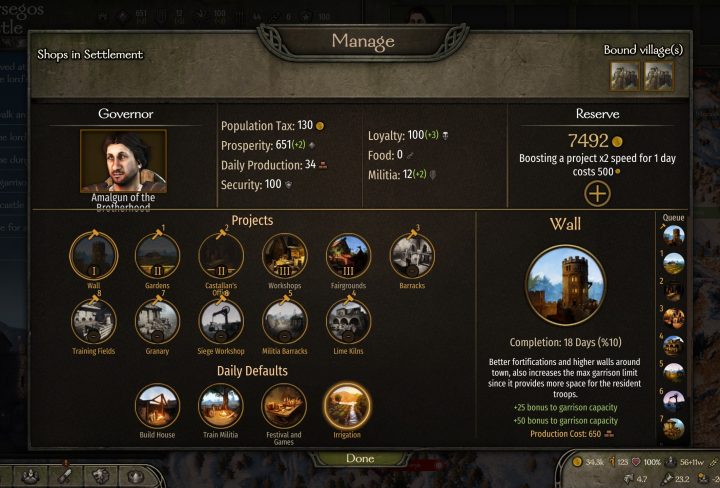 If you are looking for a serious open-world game which offers raw freedom and superbly simulated medieval combats, there is only one game in town, or even in the realm. Mount & Blade II: Bannerlord belongs to a rare breed of games that stay outside of the broad mainstream but manage to capture an enormous and fanatically loyal audience that sticks with the game until the sequel becomes available, no matter how many years it takes. With the robust support for mods and player-centric developers at the helm, there is little doubt that we have a “generational” game which is destined for great things. Everyone seems to agree with us as almost immediately after the release, Bannerlord set the record for the simultaneous player count on Steam in 2020. Much like charging cataphract with a heavy lance, undisputable quality is an unstoppable force.