If you are planning on completing the “It’s a Cole World” quest in NBA 2K23, you will definitely need a full list of all Music Quiz answers and rap verses, starting with a question about Truth Hurts song. . The City returns in NBA 2K23 MyCAREER, and it offers a vast array of locations to explore and activities to partake in. However, not everything is available from the get-go. For many districts, you’ll first need to complete a certain story quest in order to unlock additional locations and benefits. Luckily for you, we have everything you need in order to complete J. Cole’s “It’s a Cole World” quest line and rapping music battle. 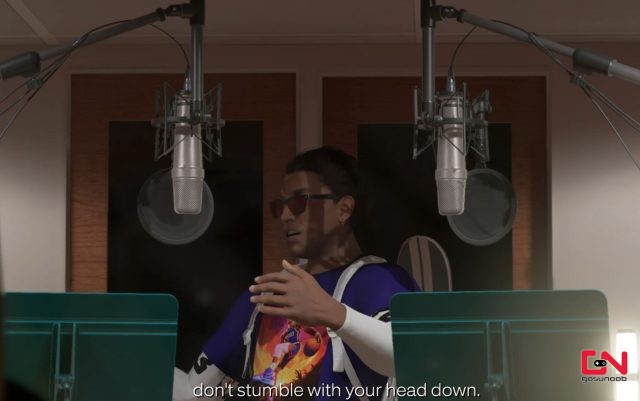 In order to unlock the J. Cole quest in NBA 2K23 MyCAREER, you will first need to complete the “Welcome to the League” quest. After completing about 10 games and some other tasks, the intro quest will be done and the game will unlock you a handful of other major story questlines. And, arguably, the one featuring famous rapper and songwriter J. Cole is the most intricate one.

During J. Cole’s quest, you will need to go through a series of challenges and quizzes regarding your rapping skills and music industry knowledge. Only after completing the “It’s a Cole World” quest line, you will win the Music District. And thus, being one step further in winning the City in the popularity contest against Shep.

Keep in mind that some of these quests are conditioned by progression in other questlines, and they will only unlock if you met those conditions. The good news is that even if you sometimes make mistakes, you will still have another chance later on. In fact, it might even be easier the next time you take the challenge. With that said, let’s jump right to the answers. We will go through each step of J. Cole’s “It’s a Cole World” questline in NBA 2K23 MyCAREER.

Talk to Marvin Castleberry at Erick’s Vinyl About PhD Monk

Head to the Spot on the Map Where Rappers Hang Out

One note before we continue, you should know that all these correct answers are given in order of appearance.

Head to Dreamer Court to Record Sounds for PhD Monk

Win in a 3v3 pickup game with J. Cole on your team. Reach 21 points before the opposing team to continue the questline. If you lose, you will not be able to progress. Regardless, even a loss will net you some XP and VC, and you will be allowed to try again without limitations.

Bring the Sounds You Recorded Back to PhD Monk

And with that, there will be no more tasks which will require you to give some answers. Rather, all that has left now is to complete several more quests which are more or less straightforward. Nonetheless, if you have some problems with the final “It’s a Cole World” quest objectives, ask in the comments and we will answer! Once you complete the full questline, you’ll receive the following rewards: