Not sure how to change Shot Meter in NBA 2K23? Or where is the option to turn off the Shot Meter? We’ve got you covered! The next iteration of the popular basketball game has arrived! Of course, it boasts quite a lot of features – some are new, some are improved, and some are returning more or less unchanged, except for some minor redesigns. One such returning feature is the Shot Meter. Used as a guide and an indicator to show the effectiveness of jump shots in NBA 2K23, it provides an essential tool for players who would like to master the art of jump shots. In this guide, we explain how to change the NBA 2K23 Shot Meter, and where to turn it off and on. 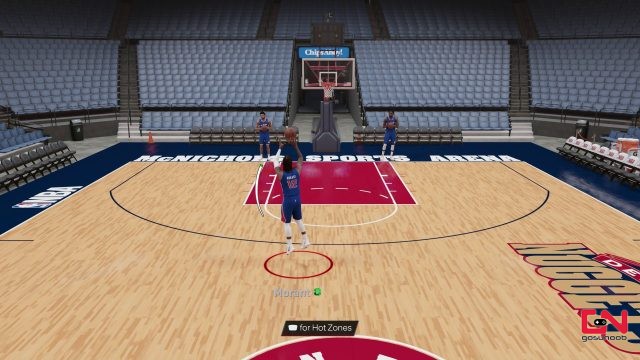 How to Change Shot Meter in NBA 2K23

The Shot Meter has been a staple for many years in NBA 2K games. Thus, it is not a surprise to see it returning in NBA 2K23. Unlike in previous games, this time around it comes with more options to customize its appearance and change its position. For those players who find it essential while playing, but also a bit distracting, the option to change the Shot Meter might come in quite handy. However, the problem is that many players don’t know where exactly is this option to change it.

The sea of menus and options in NBA 2K23 is rather convoluted. And it might be rather difficult to navigate the labyrinth of menus until you get used to it. So, where is the option to change the Shot Meter appearance and position in NBA 2K23? The option to change its position can only be accessed via MyTeam. From MyTeam main screen head to the “Extras” tab and then scroll to the “Controller Settings” option. Once there, simply go to the “Shot Meter Type”, and then select what type of it you want. There are several customization options. The changes in appearance are minor, but the real use for this option, if you ask us, is to change its position. Here are all the options:

How to Turn Off Shot Meter in NBA 2K23

Unlike changing and customizing the appearance and position of the Shot Metar, for which you have to know exactly where to look, turning it off completely is an easier thing to do. This can be done from the “controller settings” in any Options menu. You’ll see the “Shot Meter” option and simply toggle it On and Off. With that said, our guide is completed.