When is the NBA 2K23 Steam release time? Why are you unable to download NBA 2K23 on Steam? The NBA 2K23 release day is here as players around the world are getting ready to grind through their favourite basketball video game. Inpatient fans were waiting for the countdown on Steam to end so that they can finally download the game and play it. However, it seems that the wait is not over yet as many players still can’t download and play NBA 2K23 on Steam. Here’s when NBA 2K23 launches on Steam. 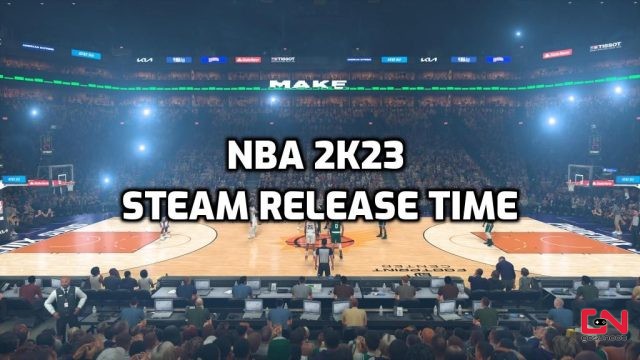 We will not beat around the bush here, rather we will jump straight to the point. This is a case of a “simple” mistake by Steam. Steam has misleadingly advertised the game as being available around 7 pm CEST / 6 pm BST / 1 pm ET / 10 am PT on September 8th. However, as you might have figured out, this is not the case. The game is not launching when the countdown timer ends on Steam, as that time was wrong. Rather, NBA 2K23 will release at 9 pm PST / 11:59 pm EST on September 8. Or, if you are in Europe, at 00:01 BST / 01:01 CEST on September 9.