If you are looking for the Apex Legends Mobile launch date, we have all the details you need. The mobile version of one of the most popular battle royale games is set to launch in 2022. However, as it’s usually the case with many mobile games, not all regions will get a chance to play the game simultaneously. If you want to know when will Apex Legends Mobile launch in India, Europe, and the US, read on. 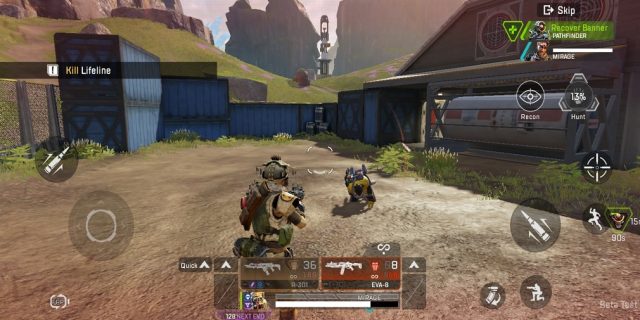 UPDATE: It has now been officially confirmed that Apex Legends Season 1 will launch globally on Tuesday, May 17th, 2022. This was announced in the Season 1 launch trailer, which has also teased the first-ever mobile-exclusive new legend for Apex Legends. Watch the trailer below:

ORIGINAL STORY: First thing first, Apex Mobile already had a soft launch earlier this year. This means that the game is already available in selected regions. If you are from one of the countries listed in this article, you can play the game right now! Nonetheless, if you are not and you are eagerly waiting to play it, here’s what we know about the global release date.

The global pre-registration for the game has kicked off in mid-March, for both iOS and Android devices. This indicates that the game’s release is imminent. Our estimation is that the game will release globally in May 2022. Further proof can be found inside the game. An in-game timer shows that Season 1 should start sometime after 7th May 2022. Based on that, we expect Apex Legends Mobile to launch globally either exactly on that date, or shortly after.

Of course, it should be noted that releasing mobile games globally is a tricky process, as there are various regulations that need to be fulfilled in numerous countries. For example, India has one set of rules, while the US has another. While waiting for the release, make sure to pre-register as soon as possible. By doing so, you’ll receive a free skin when the game launches – the Molten Earth epic skin for Bloodhound.

NEXT POSTForza 5 On Top of the World Treasure Hunt, Break the Stone Door