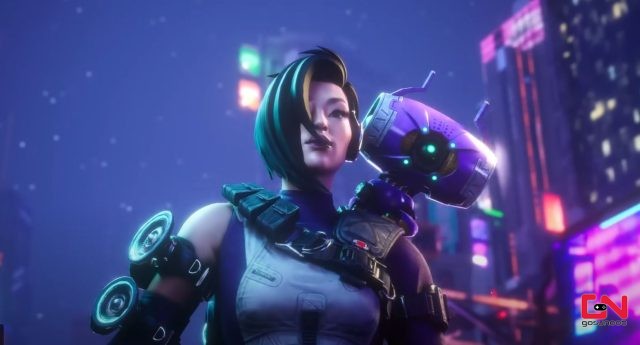 Is Rhapsody coming to Apex Legends on PC and console?

Apex Legends Mobile: Distortion, Season 2 of the popular battle royale, introduced a brand new Legend to the game – Rhapsody. Rhapsody is a mobile-first Legend, which means she is exclusive to the mobile version of Apex. However, just like with the previous mobile-exclusive character, Fade, fans want to know if there’s a chance for this Legend to be introduced into the main version of Apex Legends on PC and Console.

The fact that developers called Fade “mobile-first” was what fueled speculation that Fade, and now Rhapsody, will eventually release on PC and console. So, will Rhapsody come to PC and console as well? Unfortunately, chances for that are currently rather slim. Both characters are designed and balanced with mobile play in mind. In fact, Respawn confirmed that. Currently, they don’t have any plans to bring these two characters to bigger screens.

However, developers didn’t rule out the possibility of them eventually becoming playable on PC and consoles. Thus, the door remains open for something like that to happen later on. For now, though, if you wish to play Rhapsody and explore her DJ-like abilities, you will have to settle for Apex Legends Mobile. If there are any changes regarding Rhapsody on PC and console, we will make sure to update the article.