Developed by Bandai Namco Online and first announced in June 2019, a new trailer for Blue Protocol has just been released. As is common for Japanese games, the trailer combines traditional Japanese 2D animation (anime) with gameplay footage clips. The music is performed by famous Japanese rock band L’Arc〜en〜Ciel. Their music has been featured in such anime projects as Fullmetal Alchemist, Mobile Suit Gundam, Moribito, and video games like Devil May Cry 4 and Resident Evil 7. Blue Protocol is an action MMO which might give Genshin Impact a run for its money. Certainly, both games share the same anime-inspired look and feel. However, Blue Protocol and Genshin Impact also have their fair share of differences. 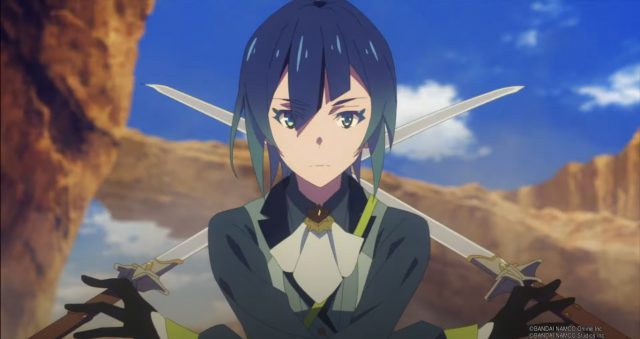 Where Can You Watch The New Blue Protocol Trailer?

You can watch the 30-second official animated trailer here:

As you can see, Blue Protocol features dynamic weapon and magic use in a fast-paced combat system. Unlike Genshin Impact, players can play in co-op mode and Blue Protocol is more akin to Zelda: Breath of the Wild and Xenoblade. Currently, the game features five different classes:

While Genshin Impact owes its great success in part to being released worldwide on PC, PlayStation 4 and 5, and mobile platforms (with a Switch version in development), Blue Protocol is currently slated only for a PC release in Japan. However, Bandai Namco posted a job listing for a English language localization manager, so it seems that an English version of the game is also in the works. Finally, there is no concrete release date for Blue Protocol yet, although it is slated for a “late 2021” release.

Blue Protocol looks like it could be a lot of fun to play once its out and translated. We are looking forward to playing it at the end of the year.