Dishonored: Death of the Outsider has some new gameplay footage and other insights, in preparation for its launch, which is coming in about one month. Take a glimpse at the new playable character, her motives and history, etc.

Dishonored: Death of The Outsider was announced during Bethesda’s E3 press conference this year. We got to see some gameplay, find out more about the story, and the release date.

In this standalone game, players take on the role of Billie Lurk, also known as Megan Foster. She is the captain of the Dreadful Wale in Dishonored 2, and a friend to Corvo Attano and Emily Kaldwin. This fan-favorite character is now playable, for the first time in the series.

She was once one of Dunwall’s most notorious killers-for-hire. With the help of her old mentor, the legendary assassin Daud, she sets on an adventure to murder the black-eyed bastard responsible for all the chaos – The Outsider. On her journey, she’ll be able to use her new unique set of supernatural abilities, deadly weapons, and powerful gear. 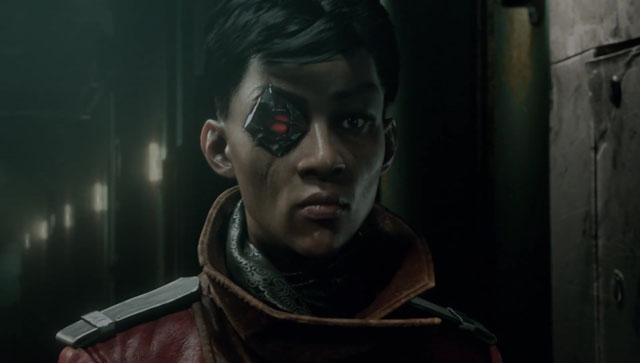 If you’ve played Dishonored 2, you might recognize some of the areas from the Death of the Outsider, as it also takes place in Karnaca. However, if you haven’t played any of the Dishonored games, rest assured that you won’t suffer any larger consequences, at least not story-wise, as this is not a DLC or an expansion to Dishonored 2, but a standalone game. Creative Director Harvey Smith mentions in the video above that this can be your entry point to the Dishonored series if you haven’t played any before.

You can start with Dishonored: Death of the Outside on September 15, 2017. It’s coming out on PlayStation 4, Xbox one and PC.

This standalone game can be bought for $30. It also comes in bundles at a higher price. The Deluxe bundle that costs $60 includes a copy of Dishonored 2, as well. There is also the Complete Collection edition. It costs $70, and it offers seven items: Dishonored: Death of the Outsider, Dishonored 2, Dishonored, Dishonored – Void Walker Arsenal, Dishonored: The Brigmore Witches, Dishonored – The Knife of Dunwall, and Dishonored: Dunwall City Trials.

NEXT POSTHellblade: All Progress Lost for too Much Dying Myth Might be False