When will Evil Dead: The Game come to the Nintendo Switch is something you might want to know if you own a Switch and are a fan of the Evil Dead franchise. Evil Dead: The Game is the first console game in a franchise in a long time. The good news is that it has been confirmed that it will release on all current and old-gen platforms. But when will it come to the Switch? Here’s what we know about the Evil Dead The Game release date on the Nintendo Switch. 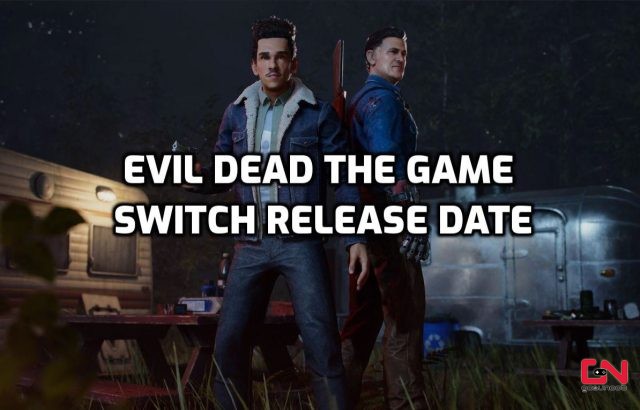 When is Evil Dead The Game Coming to Switch?

Let’s start with the fact that yes, Evil Dead: The Game is confirmed for a Switch release. The game’s developer, Saber Interactive, is working on the Switch version. Initially, it was planned for the game to simultaneously be released on all platforms. That was back when the original release date was planned for sometime in 2021.

In the meantime, the release day was pushed back to 2022. And now the game was released on May 13th, 2022. However, that wasn’t the case for the Nintendo Switch version. While the game is still being developed for the Switch, it wasn’t released at the same time as the versions for other platforms. In February of 2022, the developers confirmed that they need more time for the Switch version. In the announcement, publisher Saber Interactive and Boss Team Game revealed that the game “is scheduled for release on Nintendo Switch in the future.”

But, how far in the future exactly? Well, the developers didn’t give an official date, but the message on the official website says that the game is “also coming soon to Nintendo Switch”. This gives us hope that the Switch delay is only a minor one and Switch owners will soon have a chance to experience the co-op horror on their devices as well. For now, that’s all we know about the Evil Dead The Game Switch release date. We will make sure to update the article as soon as there’s official information on the topic.

PREVIOUS POSTForza 5 On Top of the World Treasure Hunt, Break the Stone Door