Players can participate in a free Path of Fire preview weekend from August 11 to 13. Everyone who has a GW2 account is eligible for it. You can expect to see the opening story of the second expansion, as well as the Crystal Oasis map with the Raptor mount! To learn everything about the second expansion, head to the official Guild Wars 2 page, or check out their YouTube channel. They have everything you need to know.

Mounts are making their appearance in Guild Wars 2 for the first time. They will have the same restrictions as the Heart of Thorns’ gliders. They won’t be exclusive to the new zones; however, you can’t take them, for example, to PvP or Worlds vs World.

There are four mounts for now, each with their own unique movement ability and a single engage combat skill. Each one of them can be used for traversing the map quicker, with the new mastery system that is all about them. Each mount has its mastery line, and investing there increases the effect of their passive abilities, while also adding new ones. The four mounts are: 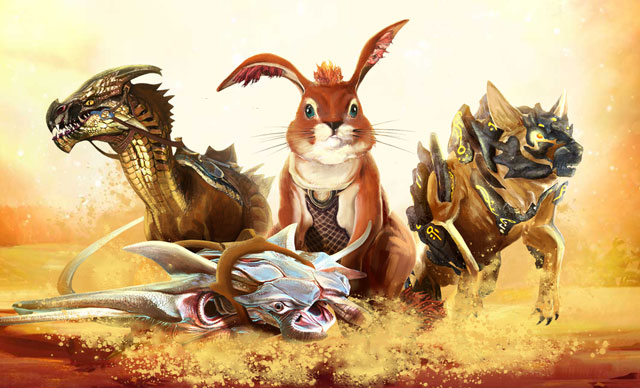 Elite Specializations in Path of Fire

Each existing class will get a new elite specialization in the second Guild Wars 2 expansion. It offers new playstyles, weapon choices, and traits to choose from. Be sure to check the official YouTube channel for the in-depth breakdown.

The second expansion comes with a price tag of $30. It can be found as a part of a bundle, with the first expansion Heart of Thorns, at a price of $50. The Guild Wars 2 core game is free for everyone as of August 29, 2015.

If you have a low-level character, or this is your first Guild Wars 2 experience, you’ll be able to skip the leveling process. The second expansion offers an instant max-level boost for one character to level 80, with gear and some gold.