Hob, created by Runic Games, features the Sprites, creatures inspired by Miyazaki’s Princess Mononoke. They are shown off in a new three-minute video. Marsh Lefler, a Runic Games studio head, talks about the importance of Sprites in storytelling, and their overall influence on the future players’ experience.

Sprites are a sort of support character in Hob. According to Marsh Lefler, they are a microcosm of storytelling that relates to the bigger picture, and will definitely make a bond between them and the player.

A lot of the inspiration for Hob comes from Miyazaki and Princess Mononoke. An adventure like that uses the secondary characters to tell the story more than the main character. This is where the creators drew inspiration for the Sprites; the way they move, what they do, and how they take care of the world. They are trying to make things better. Just like the Kodama, the forest spirits in Princess Mononoke. 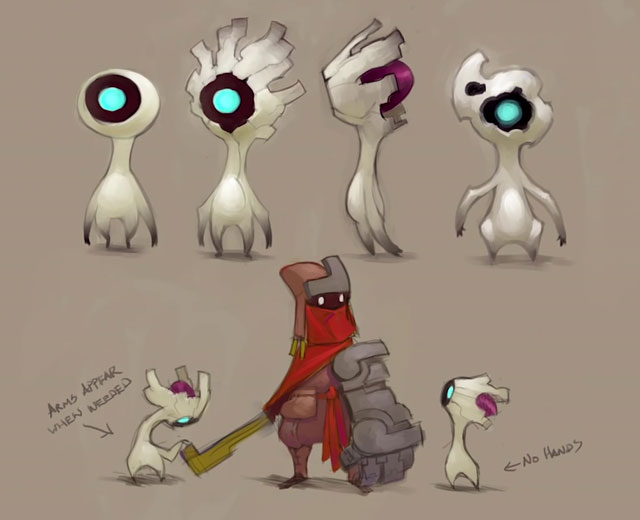 In a world full of machines, Sprites are plants; symbiotic creatures with a culture. They like to sing and dance; they are protectors of the wilderness that help the player go through the game. They do so by telling the story through emotional responses.

Hob is a singe player action-adventure that takes place in a stunning and brutal world fallen into disarray. The player will be set on a journey to try and mend it, in an attempt to not let it fall further into chaos.

In order to do so, the player will have to rely on the world and its inhabitants. This is a wordless narrative game, where you won’t get any written quests pointing you to some direction.

The impact on the world you make comes from exploring the planet and solving puzzles. As you do so, new areas open for you, and you might end up repairing the planet in the end. To help you on this journey, you’ll also need to rely on your mechanical glove-arm abilities, which is your main source of interaction with the world.

Hob will launch this year on a PlayStation 4 and PC. Runic Games, the creator of the Hob, are famous for their work on Torchlight, an action role-play adventure.