Disney Dreamlight Valley Update 2 – Missions in Uncharted Space – is here! And it comes with a host of new content for players to explore and bug fixes to make the experience more enjoyable. There are quite a few things to be excited about in this update, and it’s natural that the community is already rushing to try the new update. However, many players are unsure what they actually need to do to update the game. Worry not, as in our guide, we explain how to update Disney Dreamlight Valley on Switch, Steam, PS5 & Xbox Game Pass. 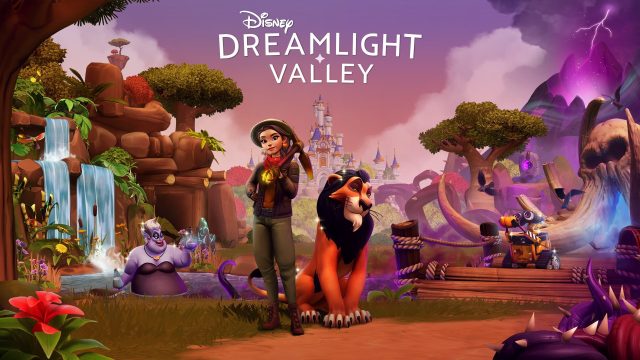 How to Update Disney Dreamlight Valley on Switch

It seems that a lot of players are having issues installing the update on the Nintendo Switch. They start their Switch and the game, but nothing happens. Luckily, we have a solution if you are having trouble updating the game on the Switch. You need to start the game, save it, and then turn it off. Then, press the + button while hovering over the game’s icon on the homepage. This will open the menu, and you will have the “Software update” option. Select it, and it should start updating the game.

How to Update Disney Dreamlight Valley on Steam

If you are having problems updating Dreamlight Valley on Steam. The solution is rather easy. You must restart Steam (close the app in the system tray (next to the clock) and then start it again). The update should start automatically.

For your Xbox, be it Xbox Series X/S or Xbox One, all you need to do is completely shut down the console and then start it again. Your system will check for updates, and Dreamlight Valley should start updating. Regarding Xbox Game Pass or PC Game Pass, do as follows. Restart your PC/Xbox, and then go down to “Manage download” on Game Pass, and it will search for updates. Once it finds the update, it should start the installation and download process.

How to Update Disney Dreamlight Valley on PS5 & PS4

The process is exactly the same on PlayStation just as it is on Xbox consoles. If the game doesn’t immediately identify that there’s a new update, simply restart your system, start the game, and it will start updating.