Earlier today, EA Sports dropped a doozy of a cover teaser for Madden 22, as well as a date when, presumably, more will be revealed – June 17th. It’s been speculated that June 17th will be the day when a new cover athlete – or athletes! – will be revealed. The presence of former cover star Peyton Hillis (who graced the cover art of Madden NFL 12) certainly points to this conclusion. The fact that two goats have appeared in the teaser video also seems to indicate that, for the first time in Madden NFL history, we might get two athletes on the cover! 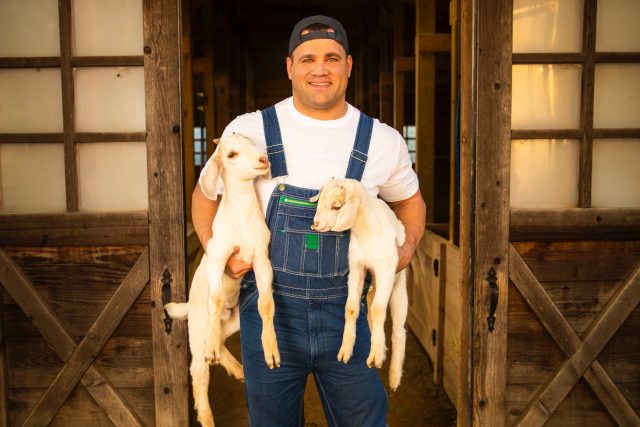 This 30-second teaser opens with a shot of a barn, set to the Shangri Las – Remember Walkin’ In The Sand song. Incidentally, this song rose to new popularity thanks to TikTok, where it’s often used as part of the “Oh No” meme. Next, the doors burst open and two goats walk out, as the June 17th date comes into focus. Finally, there’s a shot of Peyton Hillis, petting one of the goats and talking on the phone, saying: “Hey. It’s Peyton. Yeah, they did it again.” Since there are two goats in the teaser and GOAT is an acronym for Greatest Of All Time – a title bestowed on the best athlete in the history of a sport, fans are busy speculating who it might be.

An obvious choice here seems to be Tom Brady. However, Brady has already been on the cover of a Madden game – in Madden NFL 18. Though, most fans would agree that, if anyone deserves a return appearance – it would be Brady. Another strong contender for this is Derrick Henry. Unlike Brady, Henry has never been on the cover. Another piece of evidence comes from a GameStop leak this March which presented Henry in a similar pose. Since Henry is also a running back just like Hillis, his “They did it again.” comment could be interpreted this way. In any case, we will find out soon enough in just a couple of days.

NEXT POSTHalo Infinite Flight Test – How to Sign Up