Marvel’s Avengers is the upcoming game from Crystal Dynamics, published by Square Enix, which will try to combine the most popular superheroes in the world with a live service model seen in titles such as Destiny 2 and The Division. The game’s set to release later this year and yesterday we’ve got a sleuth of trailers, part of the Marvel’s Avengers livestream. The first trailer show details about the story. As you probably know the game takes place five years after The Avengers split following the catastrophe known as A-Day. In the trailer, we discover that superhumans aren’t as popular as they were in the past. An organization going by the name of AIM (Advanced Idea Mechanics) is trying to control them, with one person at its helm. 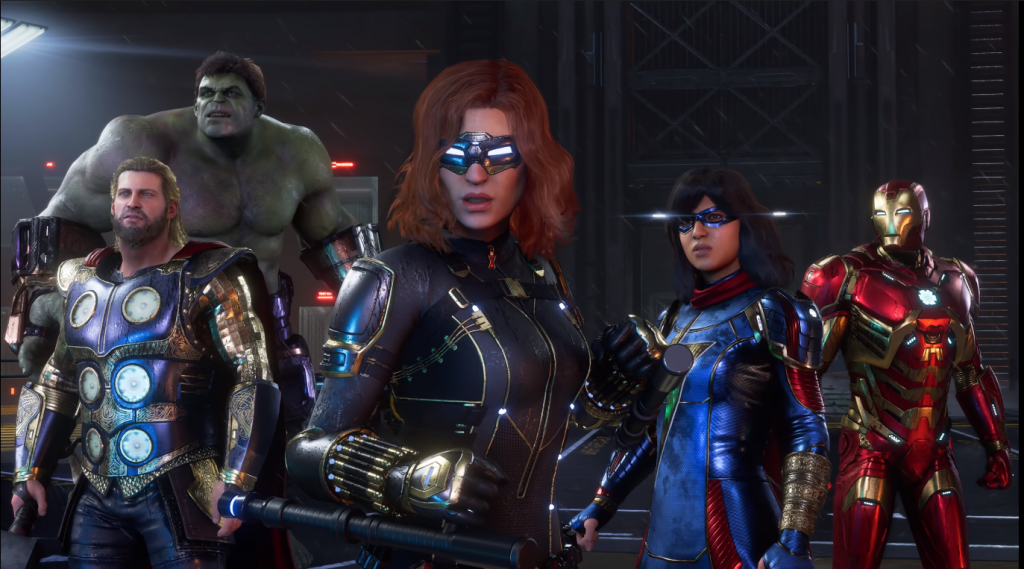 The individual controlling AIM is no other than M.O.D.O.K (Mental Organism Designed Only for Killing). When he’s not a deadly Marvel villain, he’s known as Dr. George Tarleton. He tries to recruit Kamala Khan, who escapes and notifies remaining Avengers about Captain America’s fate. Tarleton is later shown as a mutated creature that will probably cause a lot of headaches for Avengers in Marvel’s Avengers.

The Marvel’s Avengers livestream also featured a lengthy gameplay video. We can see five minutes of Thor destroying everything on his path. The combat looks flashy, hits have a notable impact, but something’s lacking. For instance, powers are limited and the same moves are non-stop repeated. Flying looks fun but animations look unfinished. Also, while hits have an impact, they could’ve had a larger effect on enemies, which are robots in the video. When Thor hits a bipedal robot with the power of Mjolnir, you’d expect the robot would be turned into a million minuscule bits. Instead, all Mjolnir does is causing some crackling effects and eventually ripping half an arm from the said robot.

Each playable character will feature a slew of powers. But, it looks like there aren’t enough of them to make the combat dynamic and unpredictable. Further, characters will have a ton of unlockable outfits and special gear. Cosmetics and gear can add perks that can improve certain stats and powers. And yes, cosmetics will be sold via the game’s store for real money. This all looks pretty but something’s lacking. We will find out what when Marvel’s Avengers comes out on September 4, 2020, for PC, Xbox One, PS4, PlayStation 5, and Xbox Series X. Those who buy the current-gen console version of the game will be able to upgrade to the next-gen version for free.