Marvel’s characters are, without a doubt, some of the most recognizable characters in all of pop culture. Home to such powerhouses like Spider-Man, Iron Man, the Hulk, the Fantastic Four, and many, many more, Marvel exploded in popularity thanks to the wild success of the MCU movies and TV shows. However, this was always underutilized in video games. Sure, we got the occasional release such as the Marvel’s Avengers game, but overall, few quality games during this period. But that is very likely to change with the release of Marvel’s Midnight Suns. A new tactical RPG set in the Marvel universe, we have all of the details for Marvel’s Midnight Suns, including its release date, right here. 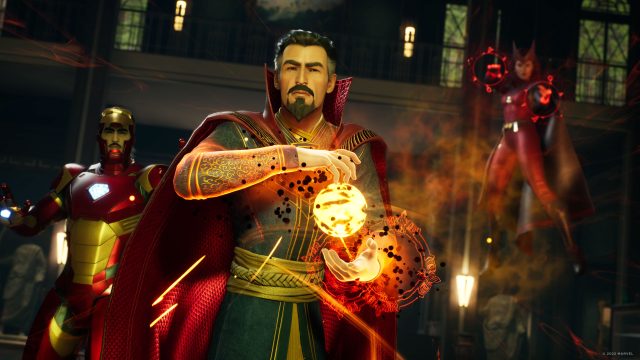 When is Marvel’s Midnight Suns Coming Out

Marvel’s Midnight Suns is set to launch worldwide on October 7th, 2022. It is going to be released on the following platforms: PlayStation 5, PlayStation 4, Xbox Series X|S, Xbox One, and Windows PC via Steam and the Epic Games Store. A Nintendo Switch version is also in the works. The game is rated PEGI 12 and it is already available for pre-orders. Developed by Firaxis Games, the studio best-known for their X-Com and Civilization games, Midnight Suns is going to have the same meticulous and strategic approach to gameplay and design.

The plot of the game sees the demonic Lilith team up with the evil organization Hydra and launch an attack on the world. You will take on the role of The Hunter. This is a fully customizable superhero. Your job will be to unite the various superheroes so that, together, you can make a stand against these forces of darkness. Of course, as anyone that has ever watched a Marvel movie can tell you, this is easier said than done, as many of these heroes don’t like one another. Soon, we will get our chance to make our very own superhero squad, consisting of members from some of the greatest teams of all time – like the Avengers, X-Men, the Runaways, and more.

NEXT POSTBattlefield 2042 Coins Not Working