One of the secrets to Minecraft’s amazing longevity is the fact that the game still receives new updates. These add new items and mechanics into the game, which goes a long way to keep the gameplay experience feeling fresh. The latest update 1.18, titled Caves and Cliffs Part 2, is set to release soon, and our Minecraft 1.18 Update Release Time Caves and Cliffs Part 2 article will tell you everything you need to know about what’s being added, and also the time when it will be released. 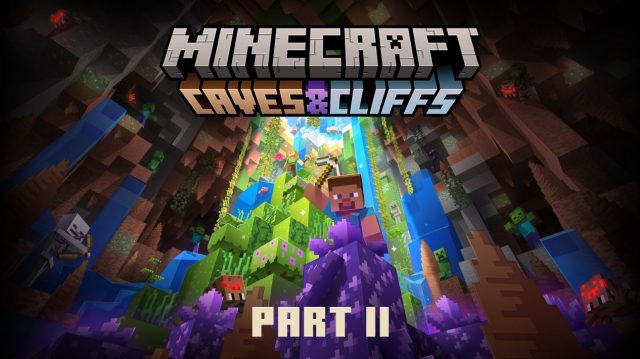 The 1.18 Caves and Cliffs Part 2 update is set to release today, November 30th, 2021, at 6pm GMT / 10am PDT. Of course, there’s always the chance that this release time will be changed if developer Mojang encounters any issues with updating the game, but if that happens, they will probably warn us ahead of time on their official Twitter page. With that said, let’s see what this new update will bring. Caves are set to have a huge – in the literal sense of that word – change. They will be almost completely overhauled, and will now fit much better and more seamlessly into existing world seeds. Three new noise cave types will be added: Cheese caves (which are huge), Spaghetti caves (thin and long), and Noodle Caves (smaller than Spaghetti caves).

Two new cave biomes are likewise set to be added to the game. The first of these is the Lush Caves biome. Unlike most other caves, the Lush Caves will have much more plant life in them. The second is the Dripstone Cave. Made up of dripstone, this cave is filled with stalagmites and stalactites. In addition to this “Caves” section, “Cliffs” are also getting some changes. Six new sub-biomes are arriving to the mountainous region: Mountain Meadow, Mountain Grove, Snowy Slopes, Stony Peaks, Snow Capped Peaks, and Lofty Peaks.

NEXT POSTHow to Get Heatran Pokemon BDSP