Star Wars Empire at War is hands down the best strategy game taking place in the galaxy far, far away. But even if we stripped Star Wars from its name Empire at War would still hold its ground against other RTS titles. Along with its expansion titled Forces of Corruption, it’s one of the best RTS games in the last 15 years. The game came out in 2006 and while playing its campaign is still as fun as it was back then, visuals aren’t aged gracefully. What was considered cutting edge graphics back then is frowned upon today. Luckily, Empire At War Remake: Galactic Civil War mod brings a ton of visual upgrades to the game. 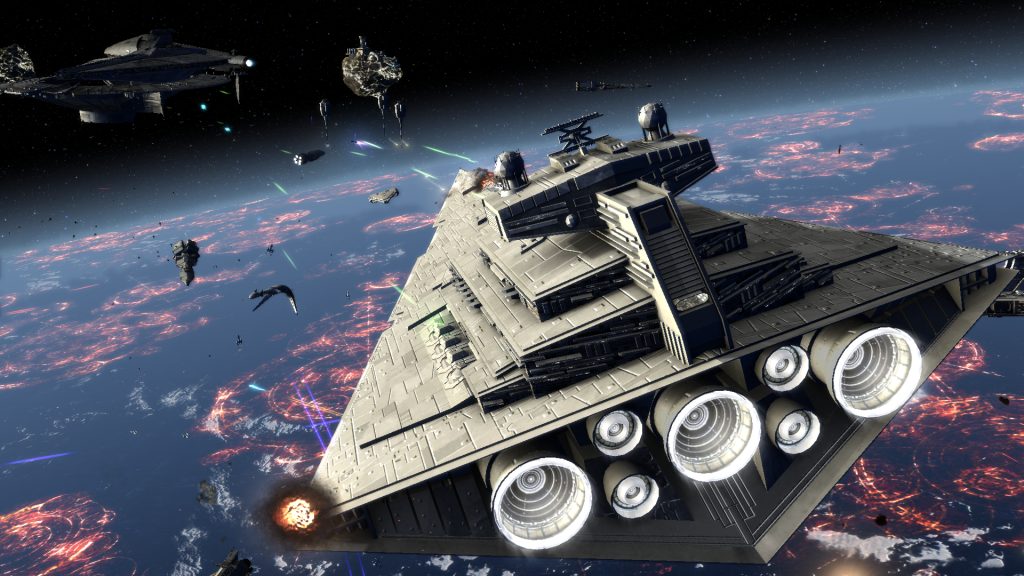 First of all, the mod pushes Star Wars Empire at War visuals to the max. New models and high def textures completely replace old assets. But that’s not all. We also get improved lighting and particle effects as well as lots of small gameplay tweaks. These tweaks don’t change the game drastically in any way; they only bring QoL changes that will be welcomed by everyone. Stuff like better enemy AI, user-friendly UI, and more. You can check the full list of changes at the mod’s ModDB page linked below.

The final result looks like Petroglyph (original developers of the game) themselves took time away from remastering Command & Conquer titles and remade Star Wars Empire at War. Everything looks light years ahead of the original. Ship models in space battles are unbelievably detailed and ground battles look amazing thanks to new textures. Visual changes are so drastic that the game needs a patch to be able to use more than 4GB of RAM. And the mod itself weighs in at 3.5 gigabytes! If you want to play this amazing game make sure to download the mod from its ModDB page. And if you want to see more screenshots head to this page.

NEXT POSTThe Witcher 3 Broke its Concurrent Players Record, Four and a Half Years After the Release