Final Fantasy XIV Patch 6.1 has arrived and it has come with an abundance of new content. The first major update following the release of the Endwalker expansion is brimming with new content for players to explore and various improvements aiming to make the player experience better. Final Fantasy 14 Patch 6.1 has also introduced the first branch of the new Aglaia Alliance raid. However, players are not exactly sure how to unlock the Myths of the Realm Aglaia Alliance raid. Worry not, as this guide will explain what you need to do. 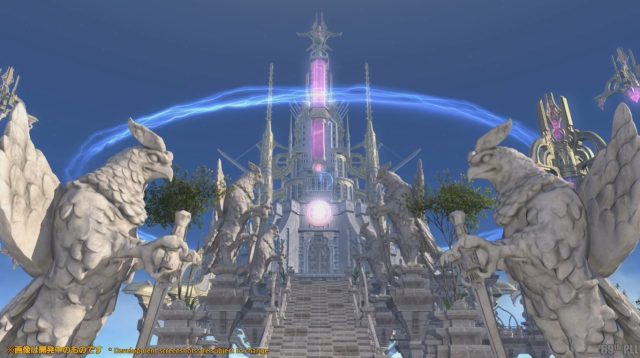 How to Unlock FFXIV Alliance Raid Myths of the Realm Aglaia

First thing first, you won’t be able to participate at all in this FFXIV Aglaia Alliance raid if you haven’t previously progressed enough through the main story of the Endwalker expansion. Without much spoilers, only after you reach a certain part of the Main Scenario Quest, you’ll be able to proceed. We are talking about MSQ added with Patch 6.1.

When that’s completed, what you need to do is to head to Old Sharlayan. There, you’ll want to talk with the not-so-old Fresh-faced Student. Talking with this NPC, which can be found at X: 9.1, Y: 11.5, will trigger a quest chain. And that’s exactly what we need in order to unlock Myths of the Realm Aglaia Alliance Raid.

Fresh-faced Student will give you a quest titled “A Mission in Mor Dhona”. This will kick off the aforementioned questline, which consists of four quests in total. From there, simply complete these four quests, and upon finishing the questline, you’ll have the Aglaia Alliance Raid unlocked. Now all that has left is for your team to join eight other trios and face the Twelve Gods of Eorzea themselves. Good luck and have fun during the raid! And, of course, we wish you to get some great rewards!

NEXT POSTZipping Past Danger Skywalker Saga