The Apex Legends 1.92 Update Warriors Collection event is here! Aside from an abundance of new content, it also comes with a next-gen update. This means that players on PS5 and Xbox Series X/S will finally have a chance to enjoy all those visual improvements enabled by their powerful hardware. The next-gen update includes native 4K resolution, full HDR support, better shadows, and more! If you want to enjoy the improved version of Apex Legends 1.92, here’s how to upgrade it to the next-gen update on PS5 & Xbox Series X/S. 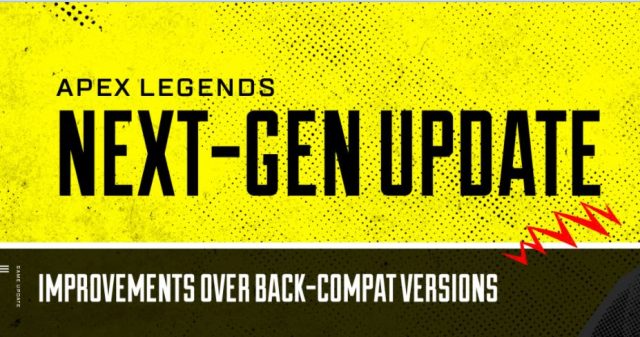 First thing first, when is the update coming out? Rumoured since the summer of 2021, the Apex Legends next-gen update is set to be released on March 29th 2022. The update will arrive alongside the Warriors Collection event. The exact release time is around 10 am PT / 1 pm ET / 6 pm BST / 7 pm CET. While the time is not officially confirmed, that’s when most Apex events start. Thus, it’s safe to assume this one will kick off around that time as well.

Now when we know this, let’s see how to upgrade Apex Legends to the next gen. When it comes to Xbox Series X or S, things are rather straightforward. You don’t need to do anything. Apex Legends utilizes Smart Delivery on Xbox consoles. This feature allows players to have the best version of a game delivered to their console automatically. Thus, the next time you start Apex Legends on the Xbox Series X/S, the game will automatically switch to the appropriate version.

Upgrading Apex Legends to the next-gen update on the PS5 is a bit more complicated, but nothing too scary. Here’s a short procedure that you will need to do, as explained by Respawn Entertainment:

And there you have it. As you can see, there are a few extra steps for the PS5, but it shouldn’t be a big issue. Asides from the aforementioned 4K resolution, full HDR support, and better shadows, the update also bring full 60hz gameplay and greater LOD distances. Though 120Hz and adaptive trigger support on the PS5 are still not here, they are planned for a later date. 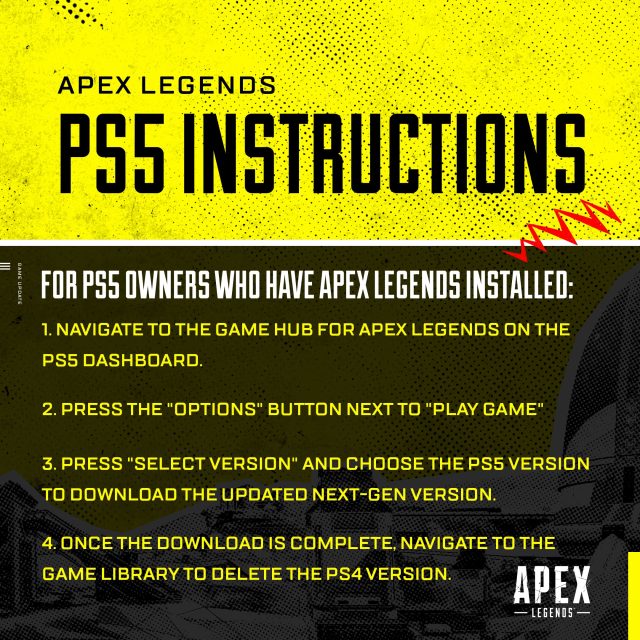 PREVIOUS POSTWhen is Building Back in Fortnite, No Building End Date