Bethesda has now officially confirmed that the next game after Starfield and The Elder Scrolls 6 will be Fallout 5. One of the most popular post-apocalyptic franchises is set to return with its fifth mainline instalment. And though this is still far in the future, many fans already want to know if Fallout 5 will be an Xbox exclusive or if you will be able to play it on the PS5? Here’s what we know about it. 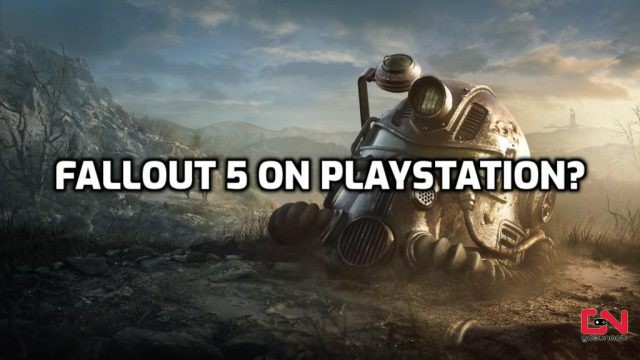 Will Fallout 5 be Xbox exclusive or will it release for PlayStation as well?

First thing first, let’s make one thing clear. Fallout 5 is not coming out any time soon. Todd Howard confirmed that the game will become a priority only after The Elder Scrolls 6 releases. Current projections are that TES 6 will probably come out around 2026 or maybe even 2027. That means that Fallout 5 will almost certainly not release in this decade. Our most optimistic estimation is that Fallout 5 is set to be released in 2030, not before. And more realistically, around 10 years from now.

Thus, there’s a long way ahead of us before we even start talking about Fallout 5 in any meaningful way. Why is this important? Because a lot can change by then, and we can not really know will Fallout be on the PS5 or not. In fact, by then we will already be in the middle of the next generation of consoles. Ten years from now even PlayStation 6 (and whatever the name of the next Xbox console will be) will be the current-gen consoles for years. And Sony and Microfost will already work hard on the next-next-gen.

Ten years ago no one could have guessed in their wildest dreams that Microsoft will own Bethesda and Activision-Blizzard, but now we are living in that reality. We are saying all this simply to stress how impossible is to predict if the Fallout 5 PS5 version will exist or not. But, the current Microsoft policy is that they will release most of their games only on PC and Xbox. Thus, if nothing changes in the next ten years, Fallout 5 will probably not be released for PlayStation consoles.