World of Warcraft Dragonflight, the next WoW expansion coming in 2022, has been officially announced. The new WoW expansion will lead players to the Dragon Isles, where the dragonflights of Azeroth have returned. Something mysterious is going on in these ancient islands, and it’s up to us, players, to unravel their secrets. Read on to learn about the new class and race in Dragonflight, the new talent system and professions revamp, zones, dungeons, release date, and more. 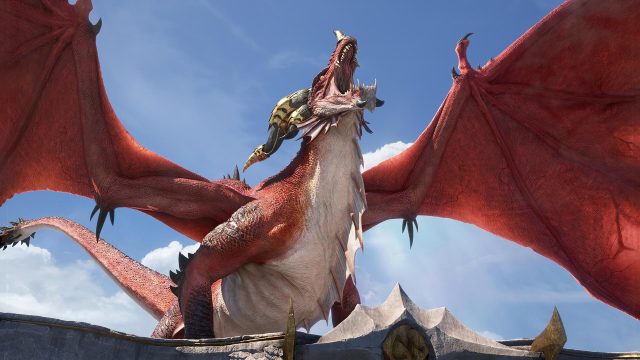 The most prominent new feature of the new expansion is the Dracthyr Evoker. Dracthyr Evoker is “World of Warcraft’s first-ever playable race-and-class combo”. This means that each Dracthyr is Evoker. Here are some of the main Dracthyr Evokers features:

In World of Warcraft: Dragonflight we are flying to a brand new area – The Dragon Isles. Currently, we know five new zones that players will be able to visit. These are The Waking Shores, Ohn’ahran Plains, The Azure Span, Thaldraszus, and Forbidden Reach.

“The Dragon Isles are the ancestral home of the dragonflights of Azeroth,” reads the official description. “When the world was broken apart in the Great Sundering, magic drained away and the land went dormant. As the Dragon Isles awaken, so too do old feuds and long-dormant threats.”

Aside from all the new elements, the new expansion also brings a host of changes, improvements, and overhauls. The new Talent System will allow you to gain talent points when levelling up, which you can then use in two talent trees – The Class talent tree and the Specialization tree. The HUD (Heads Up Display) will receive a plethora of changes which will give players an opportunity to “move, tweak, and personalize UI elements like never before”. This all is, of course, just the tip of the iceberg, as there is tons of other new content, including new raids, dungeons, and much more. Visit the official Dragonflight website for more information.

While we don’t yet have the official release date, we are almost completely sure that the new WoW expansion will release in 2022. Regarding the exact release date, it’s safe to say that the release window is somewhere between August and November 2022, as that’s the part of the year when most World of Warcraft expansions had been released. We will update the article as soon as the official date is revealed.

NEXT POSTPokemon Championships 2022, Date & How to Watch