Sardines in Nier Replicant are a fish that you can find in the waters of the game, and they feature in a few quests. Plus, you can use them as bait for other fish, which is pretty handy. However, the main problem here is figuring out where to find sardines. As it turns out, you can’t just find them in any random body of water. That being the case, in our Nier Replicant Sardines Location guide, we’ll show you where to catch sardines.

How to catch Sardines in Nier Replicant

Before you go fishing, though, visit the tacklemonger’s shop in Seafront, and get yourself plenty of lugworm baits. When you start fishing don’t press B at all, you just tilt the stick when fish baits. Then you have to tilt the left stick in the opposite direction the fish is pulling in. You can also buy Sardines at Fish Shop for 250G. 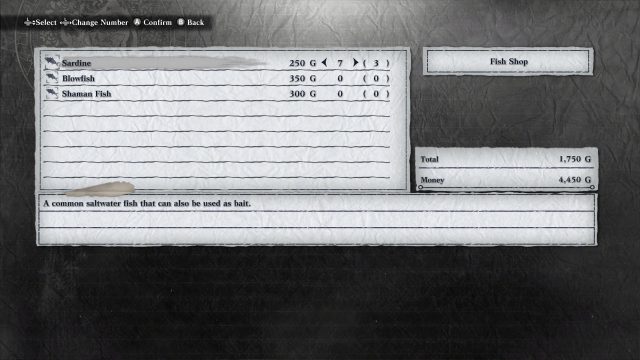 Where to Catch Sardines in Nier Replicant

To catch sardines in Nier Replicant, you need to fish around in the general area of Seafront, the town on the sea in the south of the map. . Then, head to one of the two Nier Replicant sardines locations that we’ve marked for you below. One is in the very south of the town, and one is on the beach to the west, near the lighthouse. Either location works just fine, although the beach does give you a wider swath of land to work with.

Now that we know where to find sardines in Nier Replicant, there’s the matter of why you need them in the first place. Well, for one, you need to catch ten sardines for one of the steps in the Fisherman’s Gambit quest, as well as for A Signature Dish. If you start the latter first, you might not be able to go fishing in the first place. You’ll have to start Fisherman’s Gambit by talking to the old guy on the pier in the south of Seafront.

Incidentally, another location of sardines in Nier Replicant is the fishmonger in Seafront, across from the tavern. You can purchase the little fishies from him if you need them but don’t wanna fish. You also need sardines in order to catch a Blue Marlin later on in the Fisherman’s Gambit, by the way, of which the Rainbow Trout is also a part.

NEXT POSTEagle Eggs Location – On the Wings of Eagles – Nier Replicant