Unequipping weapons is a simple task in Outer Worlds, but it seems it isn’t as straightforward as it should be. Some players are having trouble when trying to unequip their weapons, and we have no idea whether it’s due to bugs or design decisions. Either way, you might end up in a problematic situation at some point. If you do, this guide will show you how to unequip weapons in Outer Worlds.

How to unequip the weapon you’re using

First of all, you need to open up the inventory screen. Select the weapon you want to unequip, and you’ll see a prompt at the bottom of the screen that allows you to unequip it. It’s X on PS4 and A on Xbox. You can also press triangle (Y) to open up the options wheel, then select the option at the top to unequip, or the one on the left to swap. That’s all there is to it. 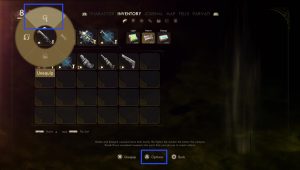 Some people claim you can’t unequip a weapon that’s currently drawn, but we didn’t have any issues doing so. However, when swapping an active weapon with another, the game didn’t allow us to them unequip the weapon we just equipped. That’s probably a bug, and it usually goes away on its own after closing the inventory and opening it again. At worst, you’ll have to restart the game to make everything work properly again.

The unequip option is only useful if you’re planning on keeping that particular slot empty for whatever reason. If you’re going to equip something else, it’s quicker to use the swap option. However, we’re not going to judge your choice of unequipping techniques. You use whatever option feels best to you. You’ve earned that right, and nobody can take it away from you.

How to holster your weapon

PREVIOUS POSTOuter Worlds Slaughterhouse Clive Quest – How to Get Into Factory