Are your hero unlock challenges not progressing while playing Total Mayhem in Overwatch 2? With the release of Overwatch 2, the game has switched to a free-to-play model. And, as a part of that transition, Blizzard has introduced a special system for new players called the First Time User Experience (FTUE). Among other things, you’ll get access to all heroes gradually, as you progress through FTUE. This progress should work in all game modes. However, it seems that it currently doesn’t count Total Mayhem matches for unlocking new heroes. Why is that so? Here’s what we know about it. 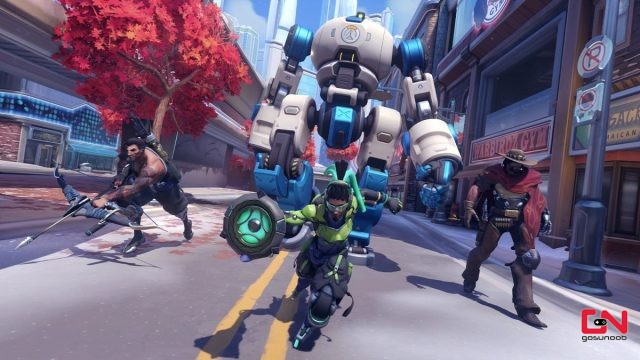 We will not beat around the bush here, so let’s jump straight to the issue. There’s currently a list of known bugs and issues in Overwatch 2, provided by the developers. And there, Blizzard states that they are aware of this bug, and are working on fixing it. Thus, the only current solution we can offer to you is that you should not play the Total Mayhem arcade mode while Blizzard is working on a fix. The mode is bugged and it doesn’t register matches towards your Hero unlock progression.

This is, of course, only important for new players, as they are the ones that need to go through the First Time User Experience (FTUE) and gradually unlock all original heroes. If you are a veteran player and you don’t need to unlock new heroes, you can play Total Mayhem safely. For new players, you will need a total of 150 matches played to unlock all heroes. Realistically, that will be even less, as every win counts as two matches. So, there you have it. Total Mayhem is a fan Arcade game mode, but for now, just skip it. Until either Blizzard fixes it, or you unlock all heroes.