The Pokemon GO April Fools 2022 event is here! Called 2-Oh-22 Special Research, this event brings plenty of rewards for Trainers to grab. Of course, you will first need to put in some work. As a part of the event, there are 3 sets of tasks that require players to perform various activities. After each of them, they will be able to claim rewards. In the second phase, players are tasked to catch 3 of the Transform Pokemon. This task has many players confused as they are not sure what they actually need to do here. In this guide, we will explain what are Transform Pokemon and Ditto’s disguises in Pokemon GO. 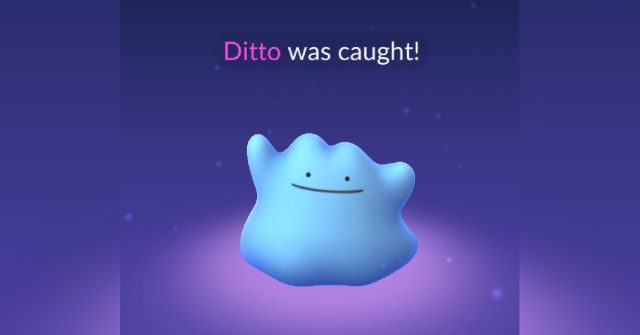 Catch 3 of the transform pokemon meaning in Pokemon GO

The second phase of Pokemon GO April Fools Event 2022 has three steps. The first and the second quest are rather straightforward. For the first, we need to catch 10 Pokémon, and for the second we need to transfer 10 Pokémon. But the middle phase says that we need to catch 3 of the Transform Pokémon. What does that exactly mean? Well, quite simple, actually. For this years’ Pokemon GO April’s Fools event, Ditto has been reversed!

Usually, the sneaky pokemon is disguised as other pokemon in Pokemon GO. Thus, he is one of the hardest to catch because he often changes his disguises and Trainers are not sure about the shapeshifter’s current disguises. So, in order to catch 3 of the Transform Pokémon, you actually need to catch three Ditto!

As we’ve mentioned, Ditto always appears disguised. Its transformations are not always the same, thus Ditto is often elusive to players who are trying to catch it. Luckily, we have the full list of current Ditto disguises for the April Fools’ 2-Oh?-22 event in Pokemon GO. Check out below the current list:

Of course, catching these pokemon doesn’t guarantee that they will actually be a Ditto. They might very well be those actual pokemon, and not a disguised Ditto. Thus, it will require some time and patience to catch three Ditto for this research. Shiny Ditto is available as well, any of the pokemon above that transforms into Ditto has a chance to become Shiny Ditto. Oddly enough, shiny versions of these pokemon will never turn into a Ditto, but the normal version can turn into both normal and Shiny Ditto.