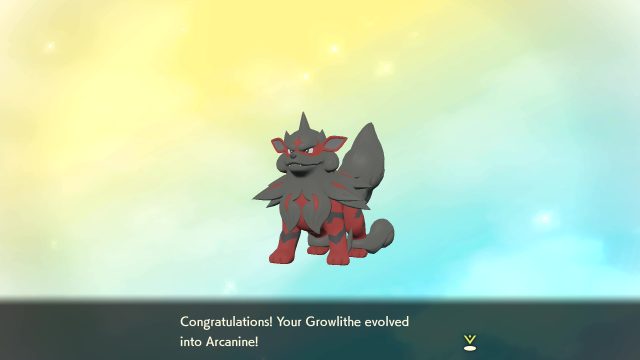 How to Get Hisuian Growlithe in Pokemon Legends Arceus

The Hisuian Growlithe can be found on the Cobalt Coastlands map, more specifically – in the Windbreak Stand and Veilstone Cape locations there. Now, normally you won’t be able to reach these two areas until you get access to the Hisuian Braviary flying mount which allows you to fly there. However, there is a way around this. To get there, you will need the Wyrdeer riding mount. But you get this very early on in the game, so it shouldn’t be an issue. Starting at the Beachside Camp, make your way up the ridge where the Windbreak Stand is located. At a specific spot here, you will be able to use your Wyrdeer to jump from rock to rock until you reach the top. We’ve marked this spot on the screenshot below. There are many Hisuian Growlithes roaming here, so use this opportunity to capture it.