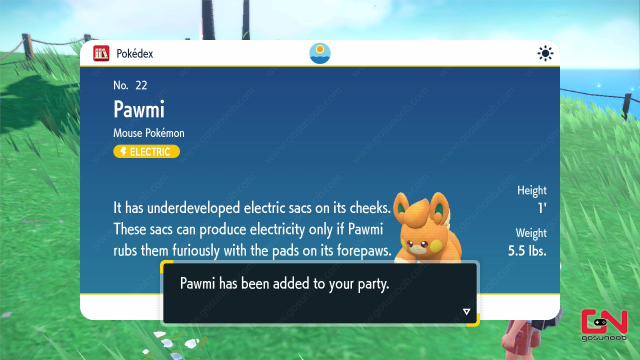 How to Capture Pawmi in Pokemon Violet

Where to Find Pawmi in Pokemon Scarlet and Violet

So, want to know how to catch Pawmi in Pokemon Scarlet and Violet? Pokemon S & V is the very first Pokemon game to introduce a completely open-world experience. Once players go through initial missions, they will be granted almost complete freedom on how they want to explore the world and unravel the story. While this may be extremely exciting, it can also be daunting for those players who are not used to this type of game. Thus, for many, it will be much harder to find what they want. Nonetheless, here’s where to find this rodent-like Pokemon.

We’ve captured Pawmi on a cliff in southern Paldea. Or, to be more precise, in the southeastern shore region of the continent. The cliff rises above the beach with the blue curt, near the blue house where you meet with Nemona for the “First Day of School” task. For better orientation, check out our images and maps below, so that you know exactly where to look for Pawmi in Pokemon Scarlet and Violet.

As described in Pokedex, Pawmi is “very rarely seen”, thus the location where we found him might not be the same for you. Nonetheless, that should be the first place where to check. If you don’t find Pawmi at the exact spot where we found the pokemon, then you should look around the southeastern part of Paldea. In particular, the orange-marked zones on the map below. With that said, that’s all you need to know about how to catch Pawmi Pokemon Scarlet and Violet.

NEXT POSTHow to Get Ralts Pokemon Scarlet and Violet