Among a certain subset of fans and game developers, the first two Fallout games are revered as the pinnacle of the computer role-playing game genre. Even now, more than 20 years after their release, there hasn’t really been an RPG that could surpass Fallout 1 and 2 in their entirety. Not that there haven’t been great attempts. Now, joining the ranks of games such as UnderRail and ATOM RPG, comes the newest Fallout-inspired title – Encased.

What makes Encased stand out is that it isn’t just another Fallout clone. No, there’s just as much S.T.A.L.K.E.R. in its mutated DNA. As the saying goes – imitation is the sincerest form of flattery, and Encased makes no effort to hide its adoration for these two iconic franchises. This nostalgic reverence is the source of the game’s best features, but it also prevents it from fully establishing a unique identity.

Set in an alternate history where humanity discovered a mysterious Dome-shaped zone in the early 1970s, Encased puts you in the role of one of the people (un)fortunate enough to be assigned there. Here, all employees are divided into five Wings. These are: Black (military), Blue (engineers), White (scientists), Silver (management), and Orange (criminals). The Wings function like starting classes from other RPGs. Depending on your choice, you will have distinct starting bonuses and equipment, and other NPCs in the game will react differently towards your character. For example, most Orange Wing characters will envy, fawn, or belittle you if you are a Silver Wing, since, according to the Dome’s rigid class system, “you have it good.” 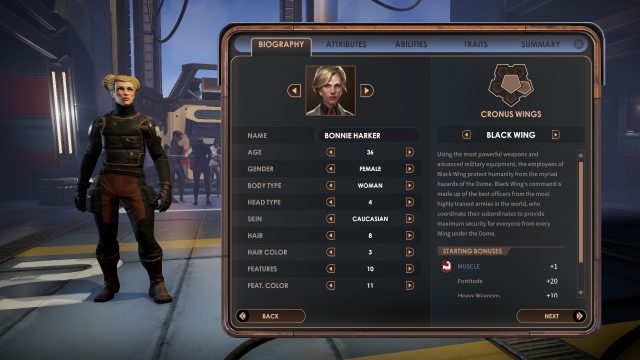 Your Wing does not prohibit you from playing any type of character you desire. If you want to, you can make a low-intelligence White Wing (complete with “Dumb Dialogue” options from Fallout and Arcanum) that focuses on stealth, or a charismatic, psychically-gifted Black Wing that uses their charm and mental powers to avoid combat altogether. The combat itself is, of course, Turn-Based. Besides the classic assortment of melee, guns, and fists, you can also equip your character and teammates with futuristic weaponry and psionics. Overall, the combat is one of the weakest parts of the game. There’s still a chance that it will be fixed up in time for the full release, but currently it is very tedious and unbalanced. 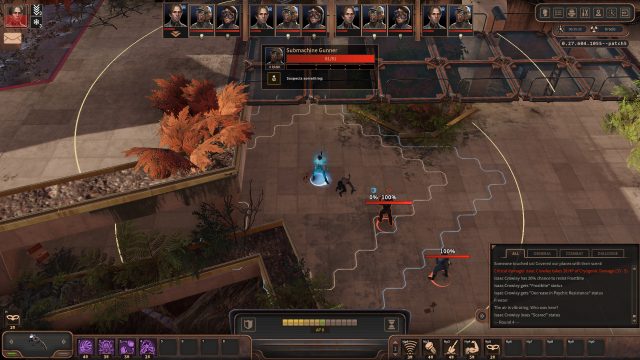 Luckily, the lackluster combat doesn’t detract much from the game, since stealthy and talky characters are much more fun to play anyway. The majority of quests allow you to approach them in several ways – the role-playing trinity of fight, sneak, or talk your way through problems. However, some require you to have certain skills, items, and attributes to be able to complete them. Like in Fallout, no one player character will be able to solve every quest and experience all the content the game has to offer in a single playthrough. 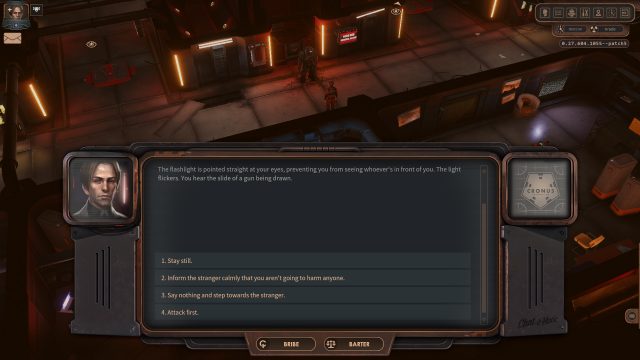 The very beginning of the game may give you a wrong first impression. Unlike Fallout, where you are unceremoniously dropped in an alien world and you can immediately go wherever you want to (though the odds of you surviving are slim), the first several hours of Encased are very linear. You get a starting mission that results in a big change to the world inside the Dome and this sets up the events for the rest of the game. After this prologue, the game opens up considerably. You are now free to travel to other locations and interact – and align yourself – with several factions all vying for power and control. 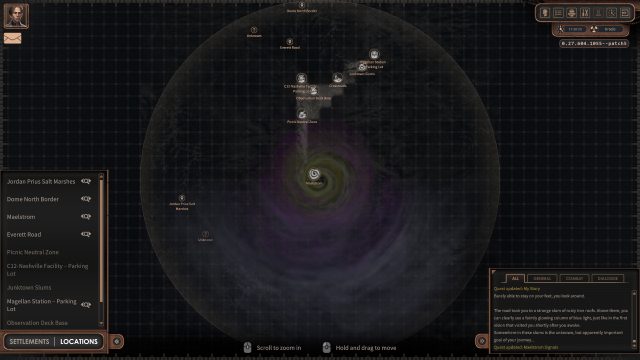 When it comes to visuals, Encased combines retro-futuristic 1970s aesthetics with a classic Fallout-derived look. In fact, the game sticks to this “we want to evoke the look and feel of FO” to such an extreme degree, that it often resembles a mod or remake for these games made in Unity. Again, while this is commendable in a certain way, it does miss out on a chance to be seen as its own thing. 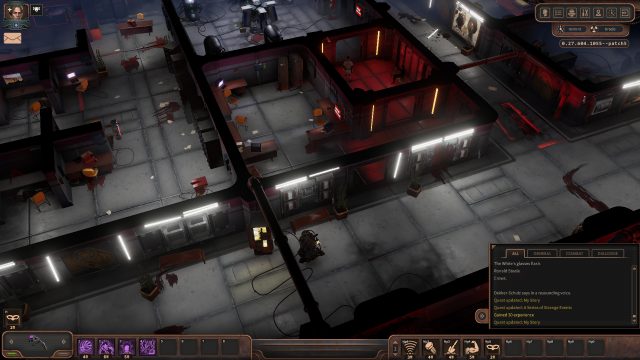 Encased works best when it steps back from the shadows of its imposing parent figures and finds different ways to explore its own themes. When you’re not fighting mutant cockroaches or throwing bolts at S.T.A.L.K.E.R.-style anomalies, you will deal with corporate shenanigans and science experiments gone awry. It is precisely here that Encased excels, when it takes the time to explore how a crumbling and isolated society composed of the brightest minds humanity has to offer would look like after an apocalyptic event.

Though still very raw (typical of Early Access titles), Encased shows great promise. Currently slated for a Fall 2021 release, you can get it on Steam and GOG. If the Dark Crystal Games team manages to finish all the planned content (including voiceovers), squash all the bugs, and refine the combat in time for the full release, then this will be another great game that fans of classic isometric RPGs can look forward to (re)playing. Personally, we can’t wait to give it another spin then.