The first real choice you will have to make in Ratchet & Clank: Rift Apart is which weapon to purchase – the Shatterbomb or the Enforcer. Both of these weapons favor different playstyles, so without knowing much about them, this can be a difficult decision. To make sure you’ve chosen the right one, we’ve made this Ratchet & Clank: Rift Apart – Shatterbomb Or The Enforcer guide. Here, we will explain how both of these weapons work and which one is the better pick for you. 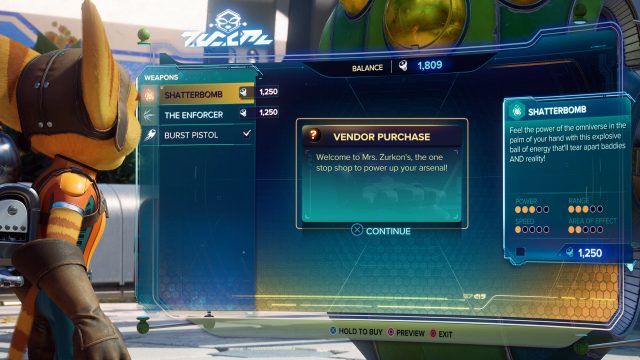 How Can You Get Shatterbomb Or The Enforcer? 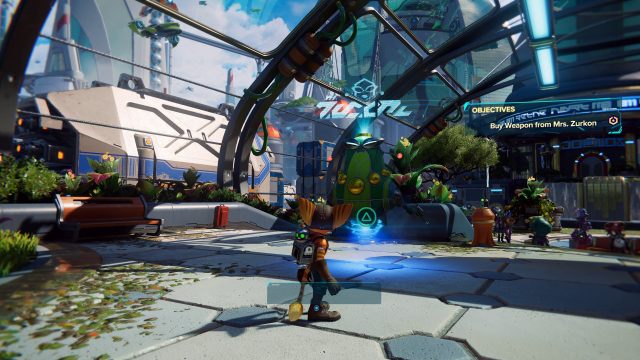 You will be able to purchase one of these weapons near the very beginning of the game, right after Dr. Nefarious has rained on your parade. Our titular heroic duo have crash-landed near the train station and will have to pursue Dr. Nefarious. And for that, they will need something that packs more firepower than the OmniWrench and Burst Pistol Ratchet has. Luckily, Mrs. Zurkon is there to sell you her wares. Approach her to open up her vendor menu. 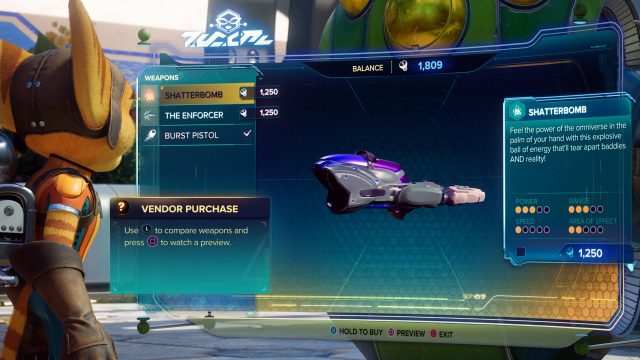 The Shatterbomb and The Enforcer each cost 1250 Bolts. The Shatterbomb is your standard videogame grenade. It has decent power and range, but poor speed. To use the Shatterbomb, aim and then throw it at – or between – enemies to see them blown to smithereens. If you prefer blasting your enemies from range – this is the weapon for you. 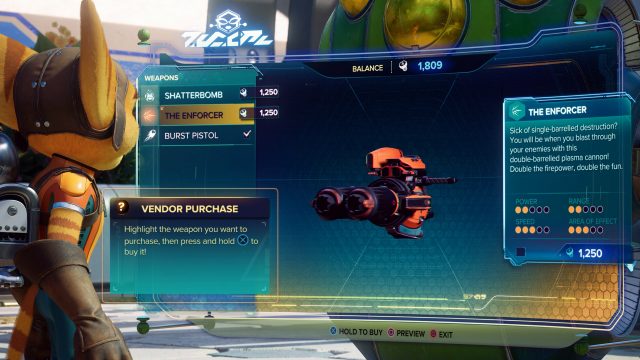 The Enforcer is similar to a double-barreled shotgun from first-person shooters. It’s not as powerful and has less range than the Shatterbomb, but it’s faster and its shots cover more area. You can shoot just one barrel, or fire both of them for extra damage. If you like getting close to enemies to shot them head-on, The Enforcer is the better pick.

After You Get The Shatterbomb Or The Enforcer 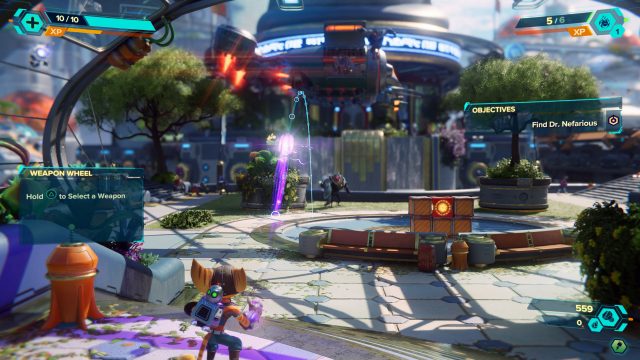