Frictional Games established itself over the years as THE developer for indie horror games. In fact, the “indie” prefix is completely redundant in their case, as almost no other gaming-related entity can compete with these guys in creating pure, palpable dread that captivates the mind and soils the underpants. Their journey from humble beginnings with Penumbra: Overture in 2007 to the prime overlords of fright was dotted with a string of hits.

Frictional struck major gold with Amnesia: The Dark Descent in 2010, their first title that crossed over from the PC/Mac space to the world of consoles. That was followed by Amnesia: Machine for Pigs, which had a superbly written, profoundly bizarre story, further cementing Frictional’s legacy. Their finest hour came in 2015 with SOMA, a one-of-a-kind game that dared to ask fundamental questions regarding the very nature of human consciousness. And now, after five years of meticulous work, we have before us Amnesia: Rebirth, a new benchmark for virtual dread and their most expensive and expansive game to date. 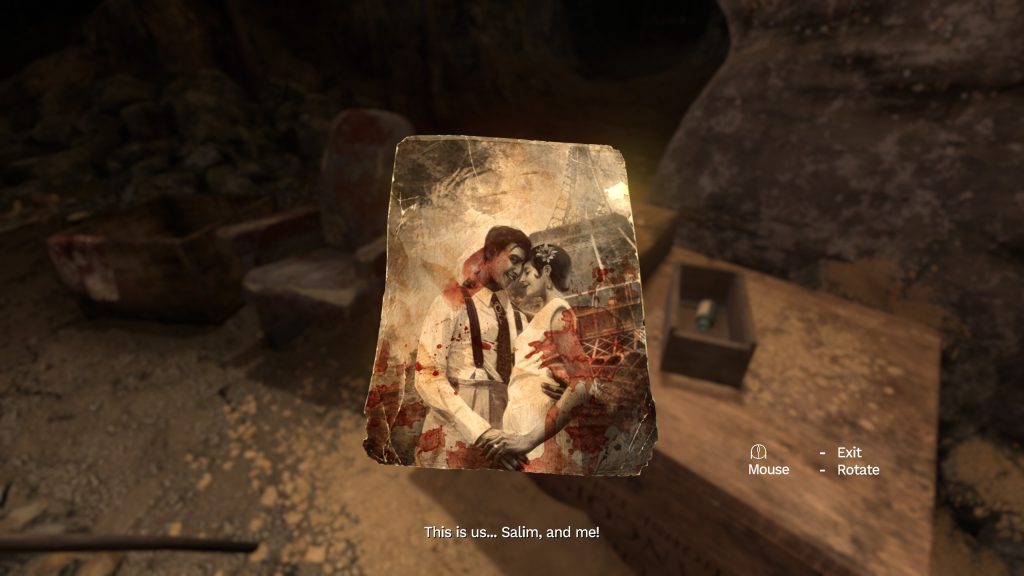 Amnesia: Rebirth doesn’t try to reinvent the formula of the previous games. It’s still a narrative-driven, puzzle-rich horror action-adventure starring a protagonist that is simply no match for the horror they are facing. As before, your greatest enemy is fear itself; fear that grips you, makes you hallucinate and stop trusting your senses. The lovecraftian idea that humans are simply not mentally equipped to deal with antediluvian horrors is, as before, depicted in such a believable fashion and detail that you will feel very, very uncomfortable. The game cleverly toys with your fight or flight instincts whilst barring the former option. It’s agonizing at times, but a true fan would consider that fun! 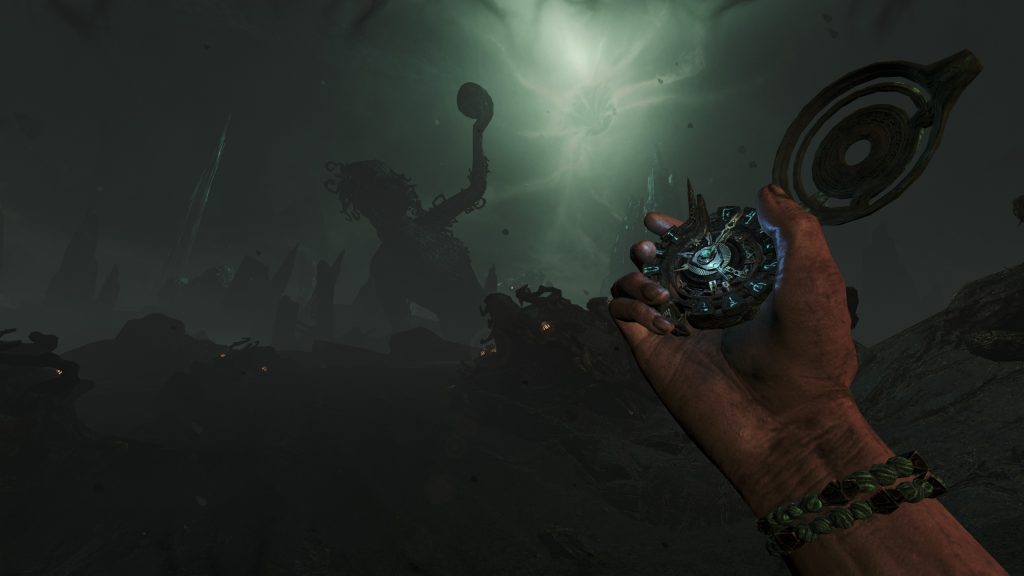 The game is a direct sequel to The Dark Descent, expanding upon the mythos and horror encountered by the previous protagonist, Daniel, almost a hundred years earlier. Rebirth has a new heroine, the young Tasi Trianon. She’s a French woman that, along with her husband, escapes unemployment in Europe by accepting a clerical job with a colonial mining company in western Africa. Their flight gets cut short over the desert when the plane crashes under mysterious circumstances. Tasi comes to her senses after some time and finds herself all alone. No corpses in the mostly intact cabin, but no living passengers either. Where is everyone and what should she do now? 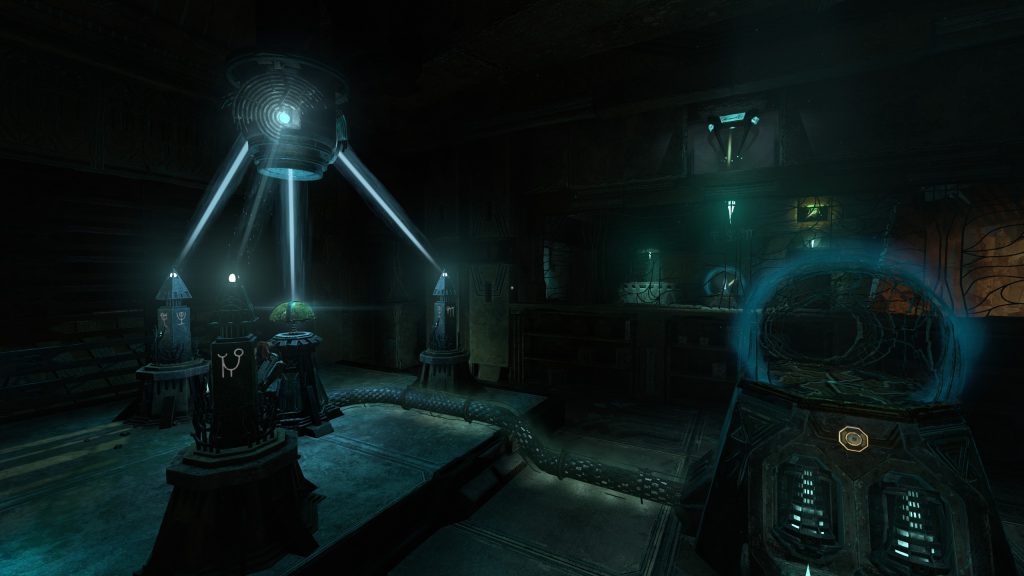 Any further elaborating on the details of her journey would be unfair to anyone itching to experience the game firsthand, so we’ll try to avoid any direct reveals of the story, characters and circumstances. We can safely say that the story is incredibly rich, emotional and devoid of (many) cliches – some of the twists that the writers have conjured over the course of ten or so hours you will need to complete the game will definitely throw you for a loop.

Amnesia: Rebirth opens with one intriguing advice from the developers: you don’t need to play this game to win, but rather to experience it. This is truer than you think, a consequence of one subtle but important change regarding dying and saving/loading. You can’t die in this game, at least, not in the classic sense. Every fatal encounter with the monsters or the environment (a fall from a great height, for example) only results in some sort of nervous breakdown that rewinds time a bit.

However, each failure adds to an invisible counter that slowly builds up whenever you die or start having panic attacks This eliminates the possibility of reaching several potential, presumably good endings. The roguelike twist in a game that is anything but roguelike is simply brilliant, raising the stakes for the entire adventure and forcing you to be alert at all times. In the first playthrough, you don’t know what exactly you will lose if you repeatedly fail. You only know that it could be something important. If you refrain from consulting YouTube or other guides, you can have tremendous fun trying to do better in the next go-around, if your resolve doesn’t wane after the first one. 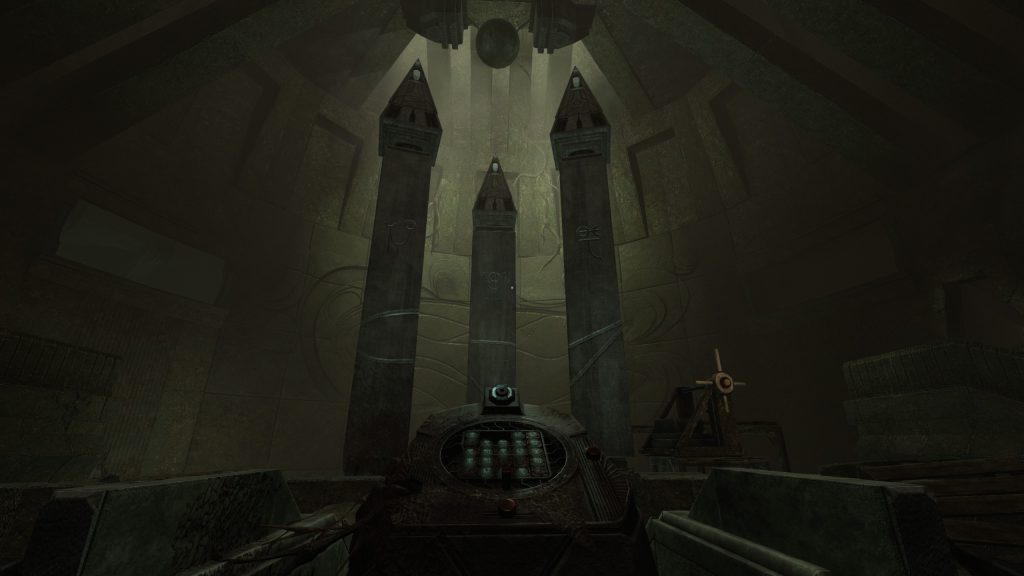 One more reason for multiple playthroughs is the rather complex story full of lore found all over the place. Some of it’s hidden, some in plain sight. Unless you are an exceptionally slow, methodical player with detective-like attention to detail, you will most likely overlook some interesting details that connect Rebirth with the previous Amnesia games.

We have already established that your greatest enemy in this game is fear itself. It comes primarily from staying in dark places for too long, or being in the vicinity of enemies scouring the environment. Even the simple act of looking at monsters or mangled corpses fills you with dread. The fear build-up is expertly presented through various audio-visual cues, such as Tasi’s panting and cursing. The great voice acting helps a lot with the immersion, even more than the moody lightning. We are glad that Frictional didn’t fool around in that regard. The production values in this game are simply top-notch. 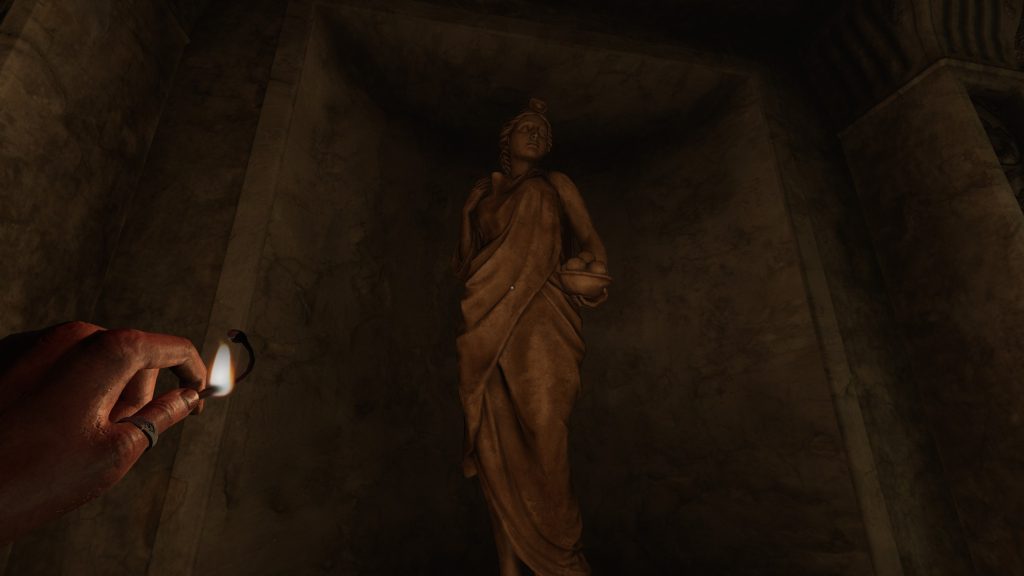 Besides running, hiding and looking for matches to illuminate the environment, you will encounter an occasional puzzle you need to solve in order to progress. They are not overly difficult, not like in Myst or similar games. They do, however, present perfectly-balanced challenges that help you stabilize your pulse. You will not burn out from anxiety; the game throws you a clever puzzle at precisely the right moment.

In our opinion, SOMA is still the finest game ever made by Frictional Games, but Amnesia: Rebirth is a very close second. The mixture of eldritch and personal horror you will experience here is expertly, meticulously crafted, with unparalleled attention to detail, great voice acting and superb production values that augment the well-written story.