This is the filler edition of Call of Duty. Between last year’s Black Ops Cold War and next year’s Modern Warfare, Vanguard sits like that middle layer of bread in Big Mac sandwich. Its sole purpose is to act as an intermediary between two pieces of meat. It doesn’t add any flavor; it just exists there to make the bun look bigger.

For Activision, making Call of Duty as big as possible is now a matter of life and death. They don’t have any other choice, really. Most of their historic IPs, such as Tony Hawk or Guitar Hero, had practically vanished during the last decade. Their golden goose partner, Blizzard entertainment, is currently staring at the edge of oblivion. Lawsuits, bad blood, dwindling fan base, and current nosedive into obscurity will inevitably bring shitty news for the bottom line of the current fiscal year. Will Vanguard help remedy some of that fallout? Hardly. Warzone is their last and strongest line of defense, but Vanguard aims for the same audience. 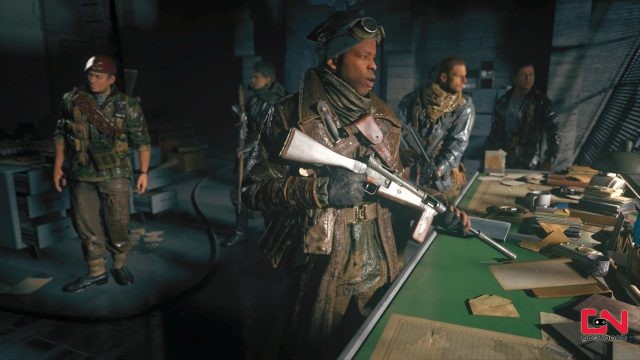 CoD: Vanguard is World War Two Call of Duty, with a classic linear campaign overflowing with cinematics. Gone is the concept of a cleverly structured story with optional missions and unlockable secrets from Call of Duty: Black Ops Cold War; Vanguard is perfectly satisfied to tell you a short, linear tale, mainly told through flashbacks and exposition. It covers the multinational spec-ops team trying to steal secret Nazi plans to continue Ze Reich after their inevitable defeat. It’s 1945. and writing is on the wall for Herr Hitler and his goons, but several proactive SS men are not keen on hanging high or mining uranium in the Siberian prison colony. They plan to escape and start anew in remote parts of the world, well away from the reach of vengeful allies. 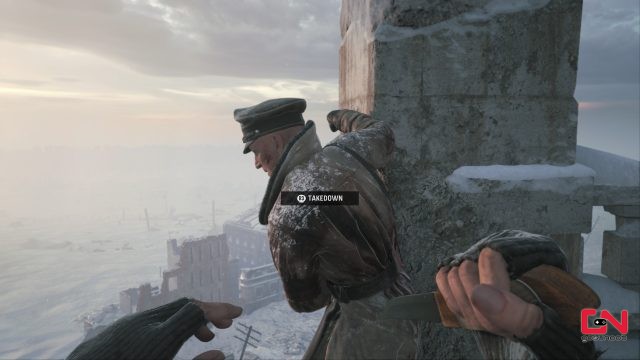 So our Inglorious Basterds wannabees try to hunt them, but they get captured and interrogated. While imprisoned, you’ll get to know each of them better by playing their origin stories, completely unrelated to the main campaign and full of stereotypical cringe. American is brave but reckless and gung-ho, Australian is rowdy gambler and drinker, but good-hearted, a Russian girl is resilient and deadly, but vengeful, blah blah. Lazy writing is compensated, to some extent, with traces of passionate B movie acting. Dominic Monaghan (Merry from LOTR) is pretty solid as SS apparatchik Jannick Richter, and Laura Bailey (Abby in The Last of Us: Part II) leads the inglorious pack as Polina Petrova, AKA Lady Nightingale, a deadly sniper from Stalingrad. The rest of the faux-Basterds are boring, and the plot is unsalvagable.

Most campaign missions are so tight that the game often feels like a rail shooter. Pacific section, in which you pilot Dauntless during the battle for Midway, will constantly spam you with „TURN BACK!“ messages if you dare to cross the imaginary aerial boundary. It is very, very tiresome. Equally, a big problem is an enemy AI or total lack of it. Vanguard Vehrmacht is probably the stupidest virtual Vehrmacht in history. They just stand there and wait their turn to be shot. You half expect that they morph into pixelated sprites and start screaming „Mein Leben“. 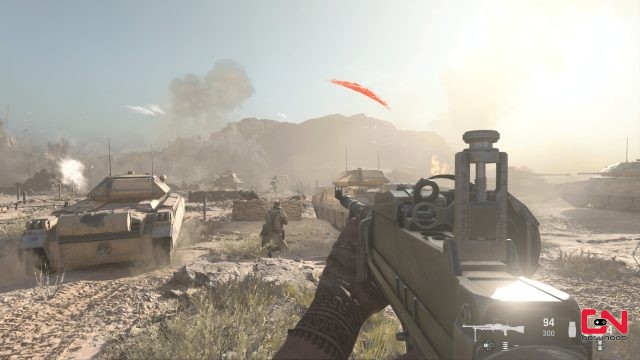 So yeah, the campaign is awful, but the rest of the game is, thankfully, a bit better. The best new thing in multiplayer is the pacing selection. If you opt for the tactical playlist, you’ll get classic Call of Duty 6v6 multiplayer on standard maps; if you feel like having a bit of shooting gallery experience, you will pick blitz pacing, which provides matches packed with people that channel Nuketown-type fast carnage all around. Blitz is, by virtue of opportunity, much better for the leveling. Weapon unlocks related to the firearm levels are numerous and complex so that the grind will be faster in a target-rich environment offered by blitz matches.

Regarding the multiplayer modes, there are several new additions. I liked the Patrol mode – it works like mobile Hardpoint, demanding constant adaption, especially for the defenders. It’s dynamic, unpredictable, and discouraging to campers, which is refreshing. Each map now has some destructible walls and doors, another feature that adds to the dynamism of the multiplayer experience.

And I want my scalps! 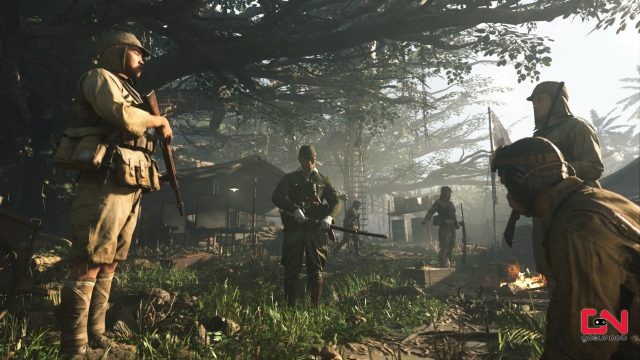 Zombies, the third pillar of the modern Call of Duty experience, also makes a comeback. It feels a bit different this time around, as escalation through waves is significantly less brutal. This year zombies also offer more freedom to the player(s) due to its basic concept of instanced portal matches. You have one big, central hub with main upgrade stations, surrounded by several portals; activating one initiates a vote. If three of four players accept it, all are transported in short, combat instance. There are several types of those, varying from pure zombie slaying to chasing the skull in a manner of Patrol multiplayer mode, and so on.

Its accessibility comes down to balance and (actually) affordable and obtainable upgrades (especially weapon upgrades). Zombie mode from Black Ops Cold War was notoriously unbalanced, demanding high levels of skill and coordination. Now it’s much more fun for everyone. Weapon unlocks persist between modes, so the stuff you obtained in multiplayer will work in Zombies and vice versa. 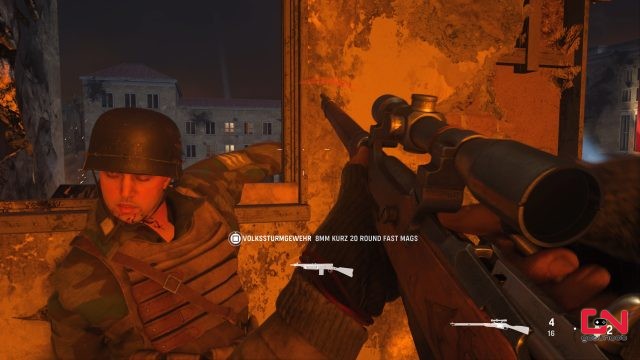 Call of Duty: Vanguard is a mixed experience. It has an entirely forgettable, bordering on the awful, single-player campaign, but the multiplayer is solid as ever, and Zombies are much more accessible. However, why would you pay sixty bucks for multiplayer when everyone and their mother are playing Warzone? This is a question of pure redundancy, and your purchasing decision will inevitably be affected by the answer. Zombies alone are not worth it.

NEXT POSTHow to Start Tombs of the Fallen AC Valhalla DLC