Call of Duty: Warzone 2.0 landed in parallel with season One content for Modern Warfare II, instantly making classic multiplayer modes less attractive. Like its predecessor, it’s free and it integrates into the core game with shared progression, provided that you have it. Ownership of Modern Warfare II is entirely optional.

Call of Duty: Warzone 2.0 is a hybrid offering, consisting of battle royale and extraction modes. Both share a single new map, Al-Mazrah, a fictional middle-eastern city with Syrian vibes. Verdansk and Caldera are gone, but you won’t miss them as Al-Mazrah is arguably better in all aspects. It’s bigger and better suited for 150 players; it has architecturally more diverse areas and large bodies of water that make use of a newly introduced swimming mechanic.

The core gameplay is unchanged. Avoid the expanding deadly gas, timely relocate and opportunistically eliminate competition, and be the last man or squad standing at the end. The gas circle can randomly split into several circles, temporarily putting surviving players into separate contested zones. Gulag is a two-person affair this time around, making extra use of the greatest new thing offered by Warzone 2.0, the proximity chat.

Proximity chat enables you to hear other players in the vicinity and vice versa. It offers tactical and communication opportunities, permitting eavesdropping on the enemy, making an offer for a temporary alliance, or, idk, challenging someone to a dance-off. It’s on by default, but you can turn it off if you wish. Proximity chat is Warzone 2.0 exclusive feature and it’s not enabled in Modern Warfare II core multiplayer. 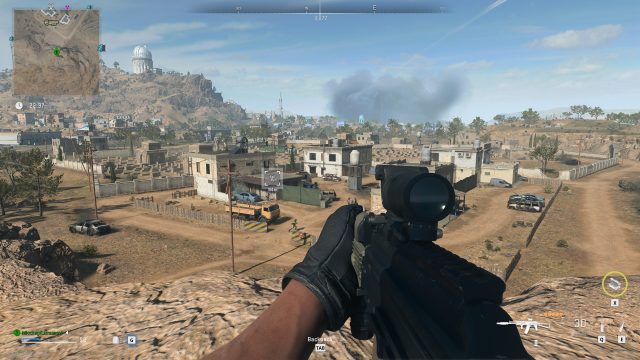 Arguably, the best part of Warzone 2.0 is the newly introduced DMZ mode. It’s basically an extraction shooter like Escape from Tarkov, but with a few unique twists. It also takes place in Al-Mazrah, but instead of expanding gas that funnels players into contested zones, it puts them into an environment full of deadly AI soldiers, faction quests, and loot. The player count is reduced to 66, and the default playing mode is a trio. You can opt to go solo, but the brutal efficiency of AI will easily demotivate you.

Almost like a classic MMO, DMZ has three factions, each with its own tiered pool of quests. Completing those will earn you XP, loot, and cosmetics, enabling you to progress and unlock more demanding tiers. DMZ is a PvPvE mode, but in my experience, other players tend to focus on the PVE part. Picking a fight is risky even if involves bots only, but with opposing player(s) thrown into the mix, it becomes a game of chance. AI is deadly here, far more menacing than the stupid cannon fodder from the MW II single-player. Their battlefield presence is dynamic – ruckus almost always brings escalation through reinforcements.

DMZ is time limited affair, with extraction possible at any time. Weapons and equipment you successfully exfil become available for your next run, but if you get gunned down, you lose everything. The exception to that rule is “insured weapons” you can pick and mod for yourself, selecting from a pool or guns and parts you had unlocked so far. Insured weapons have a two-hour cooldown time in case of extraction failure. Also, you have a single slot for those, at least until you complete Tier 3 missions for the first two factions. 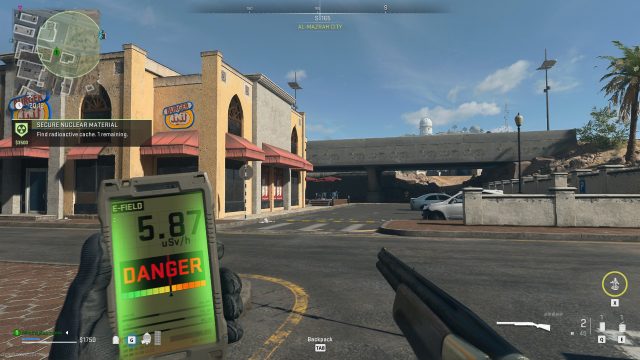 So, what happens if you run out of weapons and there’s still a cooldown on the insured gun? You get two random weapons, usually a long gun and a sidearm, without fancy add-ons or optics. You’ll need to make the most of it, which is not easy since the death in the previous run reverts you to a default plate carrier with a single armor slot. With that, you can easily die in two seconds if you stumble upon a well-armed AI bot. It’s very, very easy for a solo player to enter a frustrating failure spiral and break something expensive. Without squadmates, the only way to revive yourself is by finding a self-revive kit (or revive-gun), but those are rare and random.

The proper way to play DMZ is definitely a trio, preferably with friends or people you usually play online with. Relying on matchmaking with randoms is an irritating lottery, even more so than in other online shooters. In order to succeed, you need tight discipline and coordination, which is usually impossible with pickups.

DMZ is super punishing for the solo player, mostly due to various bullshit factors. Random militant spawn is probably the worst. You can drone scout and mark enemies all you want, but after you engage, expect some to materialize in completely unexpected places. I’m not talking about reinforcements, those are fine, but of soldiers that pop in out of thin air. God knows how many hundreds of times I got killed by this crap. Introducing a free self-revive kit for solo players would be a much-needed band-aid until they find a better, long-time balancing fix for soloing.

Life is a Simulation Anyway 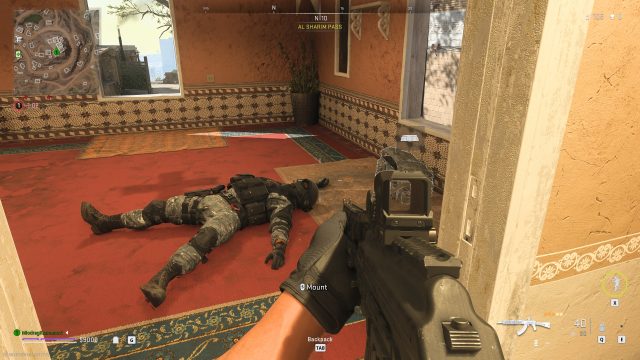 Right now, Call of Duty: Warzone 2.0 is the most sophisticated and technically impressive Battle Royale/Extraction Shooter in the market. It draws a huge audience, temporarily dwarfing the competition that grew a bit stale. It’s completely free, as before, and it intertwines with Modern Warfare II, sharing progression and everything else. Activision wants you to live in Call of Duty, and so far, they present a very compelling case for it.

Many people said that DMZ feels like the future of Call of Duty. And might agree with that statement when/if they fix a solo playing environment. This mode has a perfect lone wolf vibe, sort of “stranger in a strange land” drive with rogue-lite progression, and it’s a shame that it heavily favors disciplined squads. The developer also needs to fix crashing bugs, but since DMZ is technically still in beta, so we can’t judge it too harshly.