There’s no way of knowing the motivation of people who imagined, planned, greenlit, and developed this game, apart from the desire to make some money. For a full-priced AAA game, you’ll get one of the most boring interactive experiences of 2020. The depressing tedium of Godfall makes it precisely the wrong game for trying to lift the spirits during the boring lockdown. 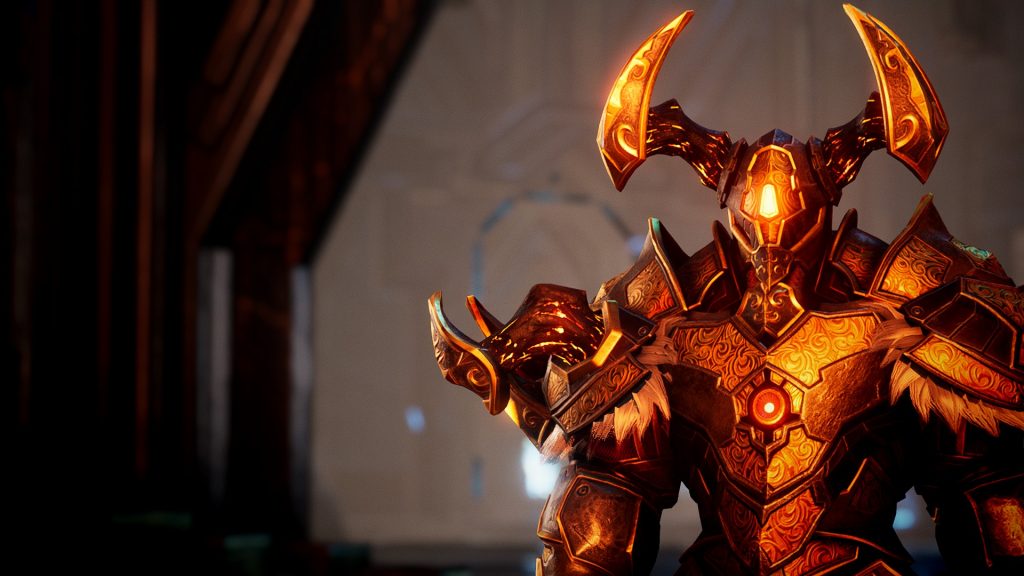 Godfall is one of several titles that coincided with the launch of PlayStation 5 – apart from the shiny new console, it’s also available on PC. This is an attempt to make a looter game, or, as developers would “cleverly” put it, looter-slasher. You will slash and loot in a high fantasy world that revolves around a conflict between two brothers in shiny armor, full of pompous weapons and beautiful scenery. Put that way, Godfall seems like something with immense potential to be fun, and, on paper, it indeed is. But, alas, never was an initial idea more ambitious than the actual result. This hack-and-slash fantasy smasher has to be one of the emptiest games released in the last five years. 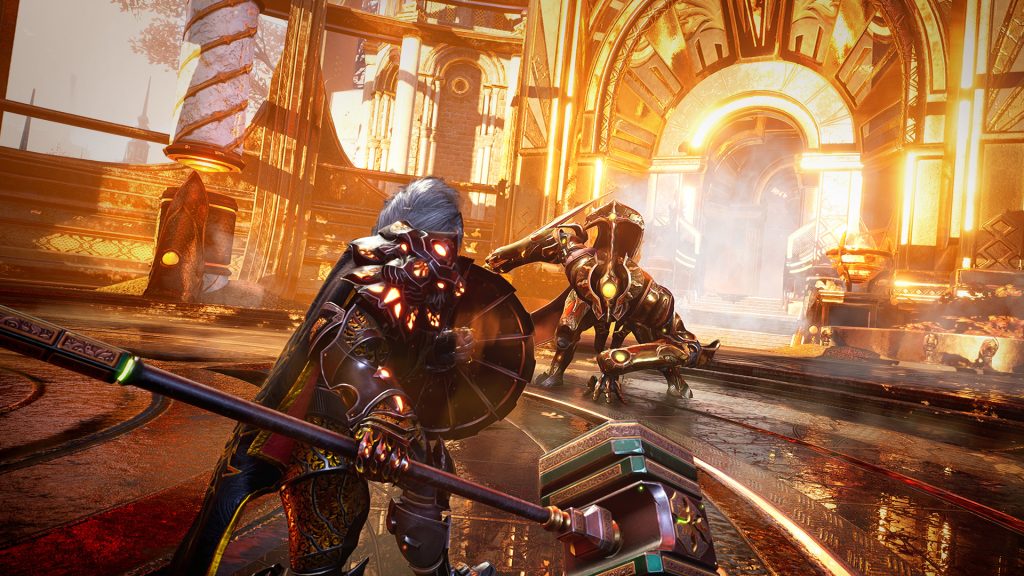 The paper-thin story puts us in medias res of family dispute – our brooding character Orin, an Archon, speaks of his brother’s cataclysmic betrayal. Macros, his estranged sibling, wants to become a God, and Orin, bitter, disappointed, and burdened with guilt, is hell-bent on stopping him. The siblings are shown in their Valorplates, shiny and heavy full-body suits for armor. Sparkling with gold and silver details, these Warfram… Valorplates are war machines that augment our hero’s unique power, Archon Fury. Five minutes of this game displays more edge and forced badassery than an eleven-year-old with a baseball hat worn backward and the best Bay Blade in his class. Filled with a strong sense of self-importance, our hero teams up with a giant magical talking head called Seventh Sanctum and a smith named Zenun Earthminder and sets off to reach his brother and end it all. That would be too easy if it weren’t for his bro’s lieutenants. 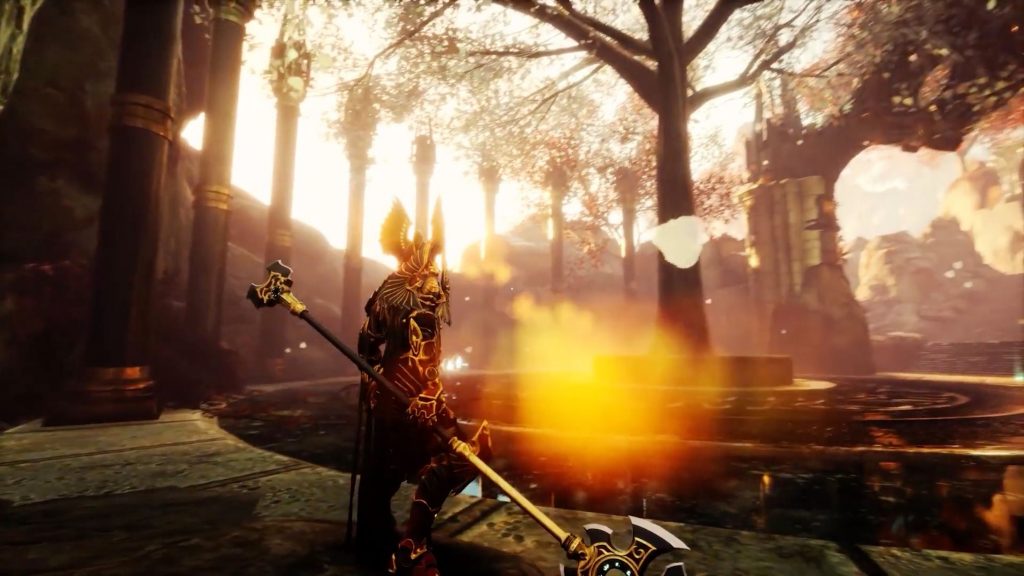 Orin cuts and rages through groups of generic enemies in a collection of wonderfully imagined but eerily empty zones. Mystical Valorian fantasy lands and buildings are nothing short of mesmerizing and gorgeous; textures are highly realistic, the foliage is vivid, and the scenery feels like it was well thought through. But all that doesn’t matter as the world is almost empty! Apart from the pure environment, there is rarely any other indication that you are exploring a world where anything ever happens. Separated into three realms, Valoria feels like a test environment with sporadic enemy groups ready to annoy you and scattered chests with some loot. Put merely, Godfall fails to deliver on the promise of an attractive, carefully constructed game world. All the lore is hidden away in a series of game’s tedious menus, and you are somehow expected to know everything already. Edgy item and characters names are chuckle-inducing if nothing else. 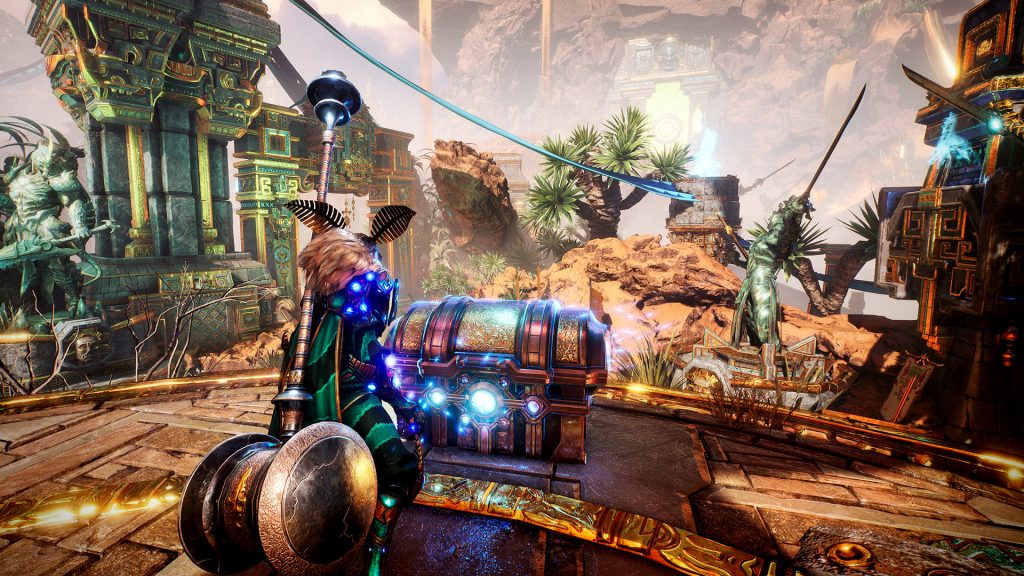 Since the game is loot-based, you might have expected that the looting, a concept perfected by almost every similar game out there, would bring some satisfaction and incentive for playing. Not so fast there, cowboy, Godfall’s loot is more generic and uninspired than a Nickelback record! As you progress, you will obtain weapons with better stats, which you can upgrade, change their class, and apply cosmetics to them. You collect several types of items that help you progress faster, and you can upgrade those as well if there are enough resources in your stash. The grind is inevitable but expected. However, besides progress, there’s no other reasonable incentive for you to grind and explore: the loot is boring, and the lore is mostly forgettable. Why bother, really? 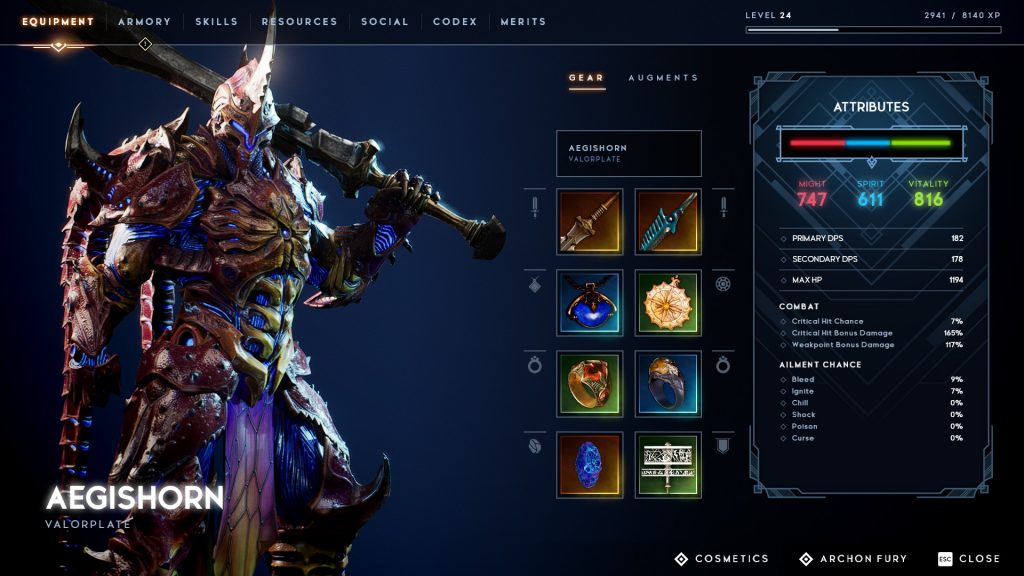 Pure combat kinematics might bring you some joy, so you better put that boring weapon stash to some good use. Orin fights like a champ! Light attack, heavy attack, a special attack called Soulshatter, unique weapon techniques, and special Archon powers are at your disposal. There’s even a ranged attack where you throw a shield like a certain American captain!

All of this, you will agree, sounds reasonably delicious. We hate to disappoint you again, but we must (to some extent). Different Valorplates you build do not provide a chance for a different play style, even with their Archon Fury powers having slightly different effects. You will go through Godfall’s main mechanics relatively fast, and once that is done, the gameplay loop merely is feeling hollow. Fancy a final nail in the coffin? The mission design is criminally banal. Objectives are mostly presented in the form “Kill/Collect X of these,” so if you like grocery shopping, hack & slash, and lush environments, Godfall is your wet dream. Missions are interrupted by small story sequences at the Sanctuary, where you have these out of nowhere overly dramatic dialogues between allies. 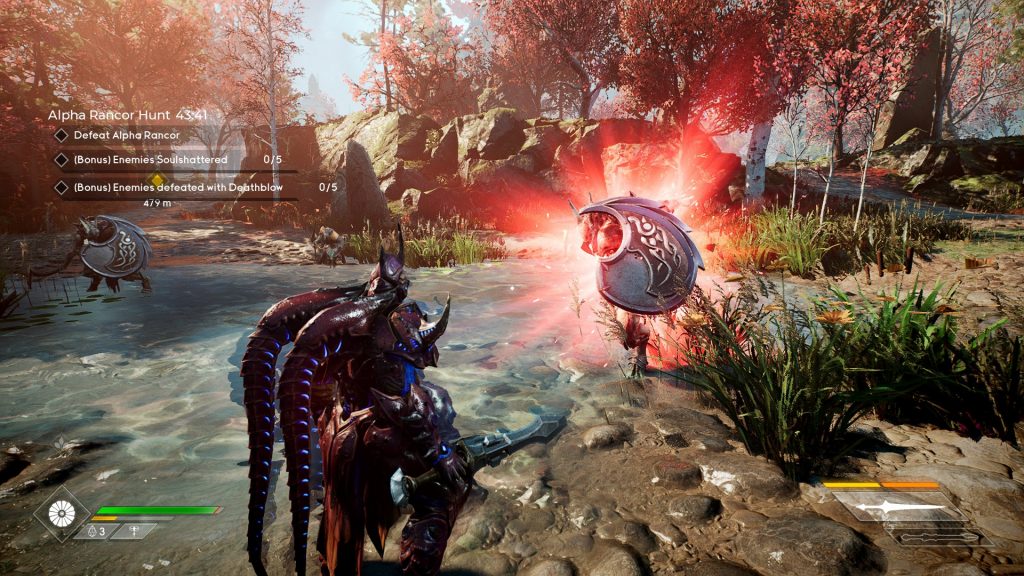 “This is a looter game!” you will say, “It should be played online, with people!” you will cry out! Don’t hold your breath – there is no matchmaking. Yes, you read that right, looter game with an online component cannot match you with other people who own the game worldwide. You will have to trick people you know personally into buying this overpriced game if you want to play with someone. 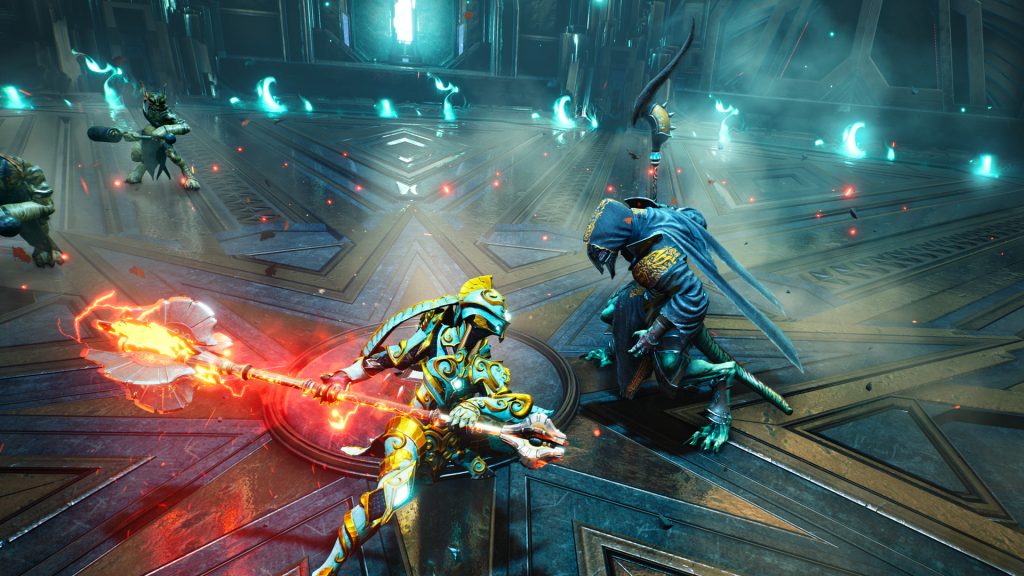 Godfall’s shortcomings outweigh its better moments. The game is enjoyable in small doses, but there is so much left to be desired. Once again, the game industry has provided us with a strong example that sweet graphics are, really, not enough.