Roguelite deckbuilding games exploded in popularity after everyone Slew the Spire, but only the very few games inspired by it had managed to capture the irresistible ZBLING of this great progenitor. It turns out that designing monsters is easy, but crafting a unique card-battling mechanic is not.

Klei might have something to say about it. Their Griftlands, after gestating for some two years in the early access program, finally reached the 1.0 stage, rolling up sleeves and adjusting hat in eager anticipation to show us how it’s done. Initially, the game was conceived as an open-world RPG that proved overly ambitious, so developers quietly dropped most of the free-form stuff, creating a tighter experience focused on characters and story. 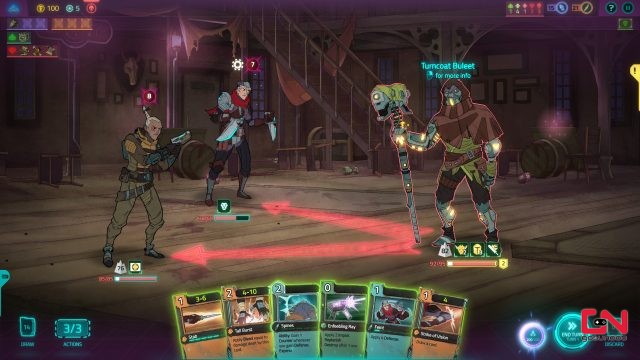 Several stories, actually. Griftlands consists of three episodes, exploring the fates of three very different adventurers in the broken-down sci-fi world of Havaria. Sal is a vagrant recently freed from the indentured servitude, eager to get even with the crime baroness who sent him there; Mustashed Rook is a veteran soldier/spy infiltrating massive dig site to play both workers and barons controlling the business there; Lastly, we have young Smith, drunkard and a fool who got left out from the will of his parents, pissing him off massively. All three experiences are masterfully crafted, offering branching paths and many different outcomes regarding the NPCs you either befriend, antagonize or eliminate. Only Sal is available at the beginning, and each subsequent story is unlocked by playing the previous one. 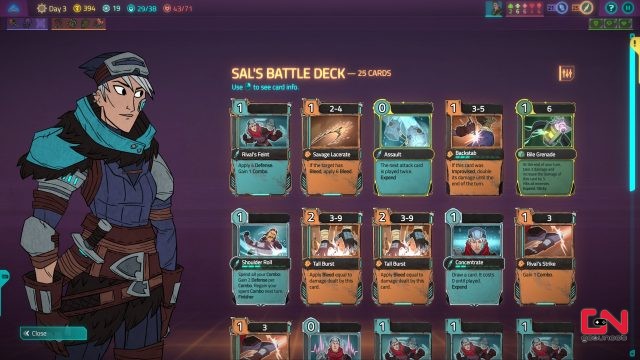 The narrative and flow of the stories are presented in a fashion similar to JRPG-s, with the novel duality in dealing with conflict. In most cases, you can opt for either talking or fighting. Each approach is represented with its own card-battling mechanic, unique starting deck, and different card pool depending on a protagonist. There are common core rules for card combat and deck building in Griftlands, but the nuances are significant enough that we practically have six different variants of one complex deck-building game. Learning and mastering those variants takes time, and the tutorials provide only the bare minimum of info, but enough to get you started. Perfecting the finer points is entirely up to you and the time and the effort you are willing to put into it. 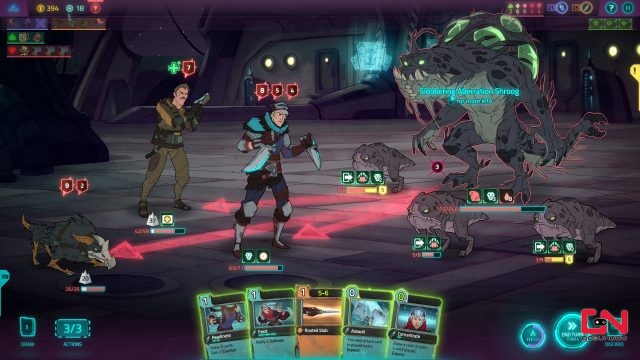 Everything in Griftland revolves around characters and the way you treat them. Besides being mechanically different, talking to someone or kicking his ass always has a significant repercussion for the relation with NPC on the receiving end. Winning the argument rarely makes the enemy of someone like violence does – even if you spare the life of the foe you just slapped around, he will either dislike or hate you, which can have a rippling effect on the story. In the tightly knit communities of Havaria, everyone and everything is connected; merchant you had scorned, for example, might raise the prices of his wares just for your antagonistic ass, or, in a more extreme case, decide to make some crucial fight harder by joining your foes. If you resort to combat in every situation, you’ll start to get a reputation for violence, which manifests itself in the form of debuff cards you’ll randomly receive during card battles. Balance is the key, and getting sufficiently hated by people only makes the game harder in the long run. 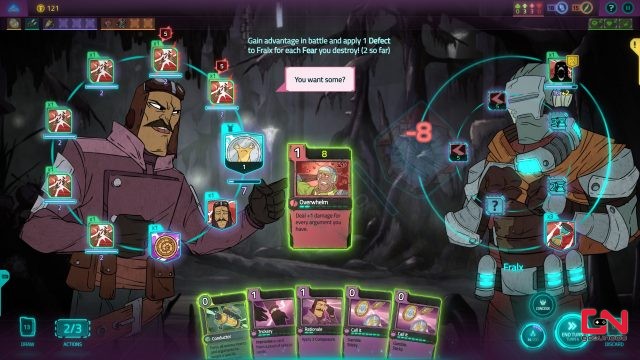 Debating and fighting are taxing to mind and body, and sooner or later, you will run out of resolve and HP. If you had sufficiently advanced with the story, you can go to sleep and move into the next day, replenishing your faculties. If not, you must resort to eating and drinking for filling the tanks, but apart from the financial cost, you’ll get temporary debuff cards which will further complicate the card battles. The economy of resources is dependant on your success with cards, so you’ll go nowhere if you persistently suck or win pyrrhic victories. 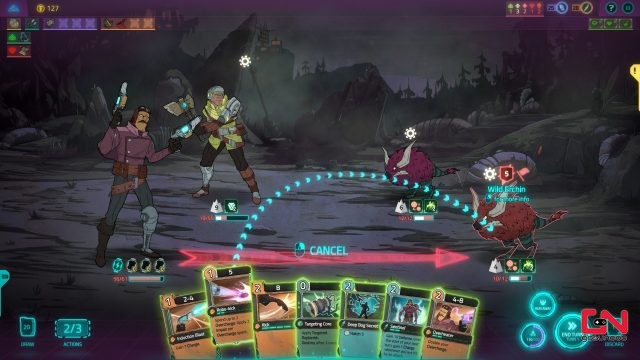 „In Griftlands, death comes quickly, “says the description on its Steam page. Indeed it does, but every death brings something that makes subsequent runs more manageable. You’ll unlock strong, persistent perks that augment core stats or provide some other benefit, and your understanding of the complex card mechanic will organically deepen. Unlike some more sadistic roguelites, Griftlands doesn’t gnaw at your goodwill and morale, forcing you to grind for microscopic upgrades through dozens upon dozens of tries. If you know what you are doing, you can reasonably expect to complete each story arc in five or six attempts, after which you can tackle more challenging tiers of the same content. This approach is similar to Monster Train, and, at least in my opinion, it works better than stonewalling; you can see everything there is in ten to twelve hours, and engaging in self-mutilation is entirely optional. If you had experienced the beautiful but harsh mistress that is Everspace, you would immediately agree with me – that game’s ultra-incremental nature sucked my blood like vampire phlebotomist, making me ragequit dozens of times. 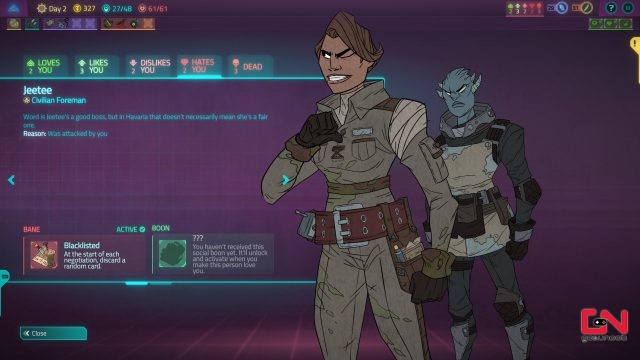 I can wholeheartedly recommend Griftlands. Besides getting a solid amount of content for one low price, you’ll get an effective, interactive mental gymnasium that will lubricate your cranial pistons, broadening your understanding of deckbuilding concepts in general.