If you come for the king, you best not miss, said the charismatic, shotgun-wielding, drug-dealer-robbin’ Omar Little from The Wire, paraphrasing American essayist Ralph Waldo Emerson. In the end, Omar ended up bleeding to death on the floor like many would-be kingslayers in history. Nasty business, kingslaying.

Humankind came for the Civilization, but not as a sneaky assassin – it announced itself early and rode into town as an open and proud challenger, first in almost a quarter of a century. If memory serves, Civilization: Call to Power (1999) was the last serious and independent contender to the Civ throne, but it failed soo miserably that Activision never attempted anything like that ever again. Most of the competition to main Civilization series came from the offshoots made by the same company, Firaxis, among which Sid Meier’s Alpha Centauri is most notable. Many people, including me, think that AC was the pinnacle of conceptual evolution that wasn’t surpassed by any modern Civ game, especially not by Civilization: Beyond Earth, its horrendous sequel from 2014. 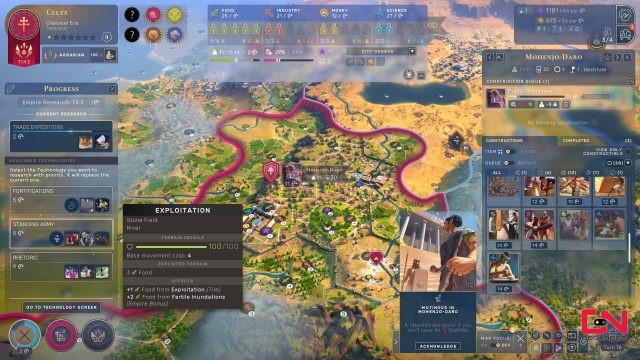 Sid Meier’s Civilization VI (2016) is the most recent Civ game, and it’s getting a bit long in the tooth by now. It overextended itself by introducing system after system by its two expansions, needlessly complicating everything. For me, World Congress, implemented in the second DLC (The Gathering Storm), was the straw that broke the camel’s back. This ridiculous, clumsy, and inefficient take on the United Nations can be compared only to the actual UN by uselessness, bloat, and gasbaggery. It was high time for something new, and Amplitude studios had an epiphany of ideas about that. Most of those, unfortunately, weren’t great. 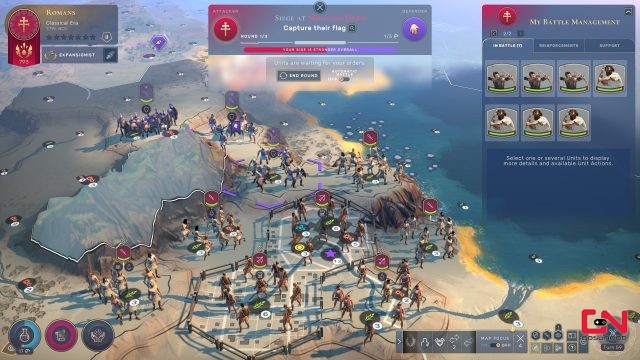 Humankind dares to be different from the beginning, opting to exclude the initial choice about the civ you’ll lead through history. Instead of picking Germans, Russians, Japanese, or some other major empire in its infancy, you’ll start the game as a neolithic tribe of hunter-gatherers, roaming the lands in search of hot spots with food and other resources. You will soon establish an outpost that will evolve into your first proper city when you reach the new era. You will quickly realize that progress through history is not tied to reaching some major scientific milestone but depends on a series of mini-achievements called Era stars. Those stars are earned by racking up the quantity of this and that, such as the number of city districts built or units destroyed in battle, with requirements increasing as the game progresses. This design philosophy is derived from dialectic materialism, and in that regard, Humankind feels like it was crafted with the input of Советский секретарь просвещения, студенческих дел и тракторов (Soviet secretariat of education, student affairs, and tractors, which obviously never existed). 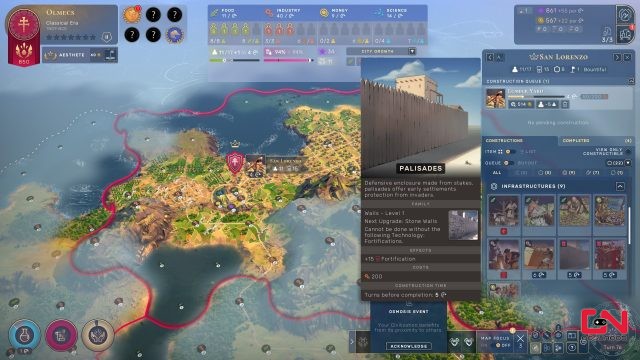 So, what about the civilizational choice? In Humankind, that category is very fluid as you can pick, chose, and replace civilization, or “culture,” as the game calls it, at the start of every era. You can, for example, embrace Egyptians after neolith, change into Huns in the classical period, then Aztecs in medieval times, having a stint as Poles in the industrial era and ending up as Chinese in Contemporary times. You can, entirely unrealistically, abandon your previous identity by chasing some better-fitting civilization-wide bonuses and perks. This is… I don’t know how to say it politely enough… supremely stupid idea. I mean, you don’t need to do that, you can decide to stick to your earliest choice and even earn a higher score modifier as a reward for your persistence, but your opponents will constantly surf through multiple cultures, breaking any kind of historical immersion derived from your shared history. 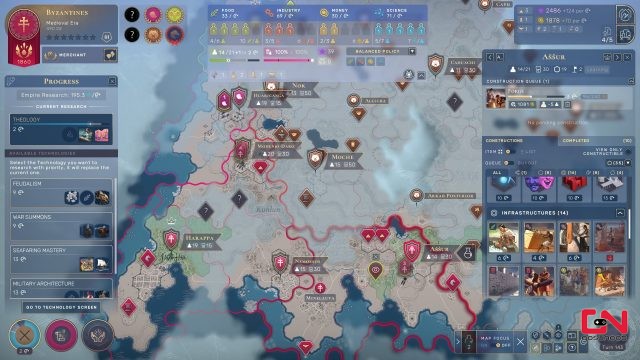 One thing that Humankind does better than Civilization VI is warfare. Here you can join individual units into combined arms squads, benefitting from their synergy during tactical battles. The system works much better than “one hex-one unit” antics from the two latest Civilization titles. Combat AI is pretty solid, so you’ll be motivated to skip auto-resolving combat in most battles, thus investing yourself in a more meaningful way in the fate of your empire. Speaking of fighting, the developers sort of made it optional – in the setup phase, you can enable the pacifistic option and never have to worry about violence.

There are many differences between Humankind and Civilization, and also many similarities – for example, the city district model introduced in Civ VI is also present here, and delegating the population for the targeted city production is pretty much the same as well as rushing it with gold expenditure. Some elements, such as dealing with independents, are much simplified and currently feel like a placeholder for some future expansion. Besides gold, you also have Influence as a primary global currency, used for myriad stuff like evolving outposts into cities, bribing independents, and paying the price for societal policy changes. You will also use influence for reserving exclusive rights to particular world wonders – after you pay the influence fee, you won’t have to worry that someone else will win the race for Pyramids. One more nice touch regarding world wonders is the concept of shared effort – instead of a single city laboring on each wonder, you can select multiple cities that will contribute to that common goal. 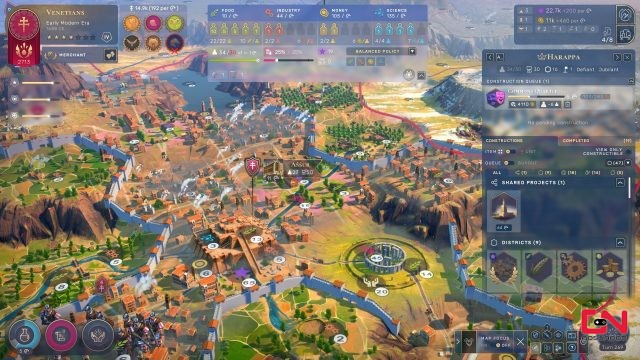 I appreciate what Humankind tried to do, I really do, but the game is built on flimsy foundations which need major reinforcing. Developers need to rethink a lot of stuff, mainly that insane culture surfing that breaks every immersion. Religion and diplomacy could also use a major overhaul, and one more pass-through flat endgame couldn’t hurt.

But the graphics are awesome, please don’t touch that.