Simpler than Monster Hunter: World and technically impressive for a handheld console exclusive, Monster Hunter Rise was a major hit on Nintendo Switch. It seems that every time a low-powered, hybrid console gets the game that defies its hardware limitations, the enthusiasm of some people flares out of control. Capcom released a PC port less than a year later, hoping to ignite the same energy. It won’t happen.

Monster Hunter Rise is a solid entry in the MH franchise, but on PC, its greatest strength is its greatest weakness. The hard-core audience that fell in love with Monster Hunter: World back in a day is not that easily impressed. PC-centric players are a sweet bunch but notoriously difficult to please and quick to make a temperamental stand; They will inevitably compare Rise to World, and in that comparison, Rise will Fall. Not too far, mind you, this is still a pretty good game. However, compared to the beautiful, complex, and much more challenging predecessor, Monster Hunter Rise will feel like a lite version of a more substantial product. 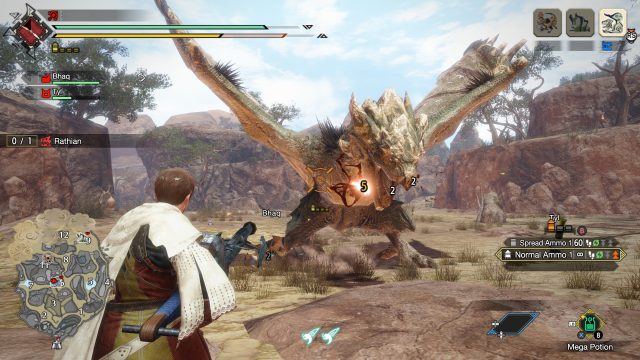 Monster Hunter Rise is all about hunting the Japanesque monsters in a medieval fantasy setting. You, young hunter eager to prove your talent for slaughtering dangerous fauna, will rise through the challenges and calamities that plague Kamura village. You will hunt alone or in co-op with others, killing all sorts of mystical beasts, slowly rising through the tiers that allow you to tackle more significant challenges and bigger monsters.

It’s a straightforward concept that had always been a series staple. Same as before, there is a myriad of systems besides hunting. Complex crafting that necessitates a massive endgame grind is the most important. Every armor set and weapon type requires resources, mostly a mix of monster body parts, various metals, crystals, and other stuff. Melee hunters will farm all sorts of plants to make weapon coatings that exploit elemental weaknesses, ranged will craft multiple types of ammunition. Both will, of course, gather mats for healing salves, traps, explosives, etc. The logistical part of the game is not very different compared to most resource-focused Asian MMORPGs. If you like gathering stuff, you’ll be set for weeks. 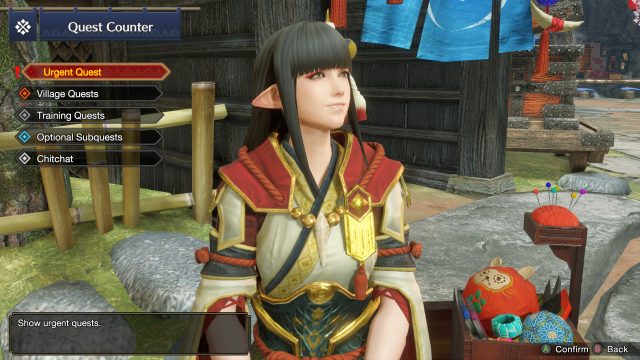 Monster Hunter Rise can be played solo or in co-op. The game has two separate progression systems for both modes of play, and progression between them is not shared. If you, for example, had reached tier 4 in single-player mode and wish to tackle the giant monsters with friends, you will need to grind multiplayer separately. There is a shortcut of sorts to remedy that to some extent. If your tier disproportion reaches a certain threshold, you’ll get the opportunity to engage in a special mission that will, upon completion, raise the level of gameplay mode that lags behind.

Apart from the standard hunts, you can engage in various resource-collecting missions, and on top of everything, the “sub-quest” kind of farming missions. It all feels very bloated as if the game tries way too hard to engage the player at any cost. Finally, you get the Rampage quests. Those are tower defense levels in which you defend the entrance to Kamura village by placing defensive installations and tactically operating them when the need arises. Rampage quests feel out of place. Remember Brütal Legend? Rampage missions have the same vibe as real-time strategy sections from Tim Schafer’s flawed masterpiece. 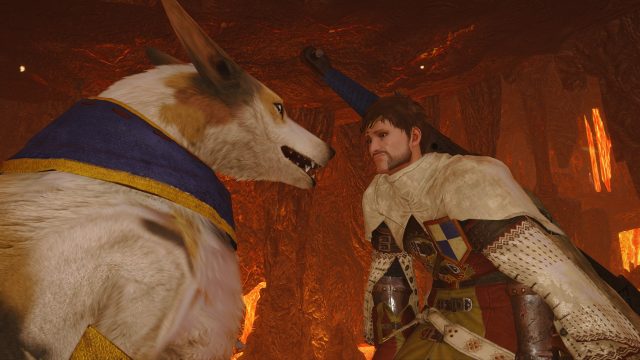 My main problem with Monster Hunter Rise is that I had started having any fun only after twelve or so hours. The game is far too easy, both in solo or multiplayer. Whether you are playing melee or ranged hunter, dodge roll is the answer to everything any monster could throw at you. Strike, fire, slice, dodge, and repeat until it drops dead, ten to thirty minutes later. If it manages to slap you, roll some more and wait for your pet to get aggro, sip a potion and get back into the fray.

Pets are the key to that problem. Besides the Palico (cat), who helps with healing, you also have Palamute (dog), default specced for tanking. The Buddy system is expanded from the pretty basic stuff we had in MH: World. They level up; you can set them up with different gear, train them and send them on away missions searching for resources. You can also recruit more and keep them in reserve, setting up the training regimen or bringing them to hunt with you. High-level Palamute with good gear will always get the attention of any monster away from you, enabling you to go wild after a quick break. It almost wholly negates the necessity for traps, explosives, blinding grenades, or any similar stuff you needed when hunting giant beasts in MH: World. At least until the solo endgame. 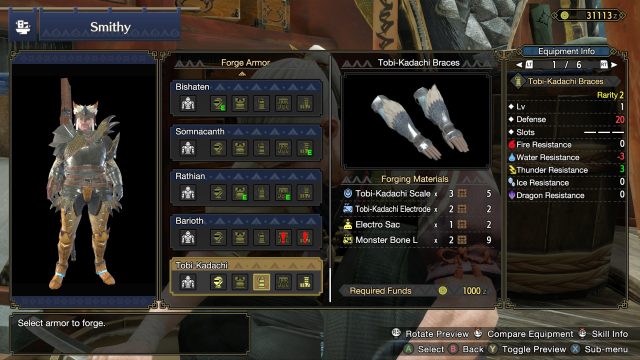 You don’t even need to track the monster and set up the bait. You can observe it in real-time on the mini-map and engage it at will. Monsters roam the countryside, but it almost doesn’t matter where or when you’ll make your move. There is no incentive, for example, to ambush the fire-spewing rock dragon in the middle of the shallow lake. Or descent upon a nimble, fast-moving cat monster near the big trees and stones that would prevent it from rushing you. You just need plenty of open space for dodge rolling.

If you persist to the endgame, seven-star monster missions, you can expect things to get more interesting. It helps if you have few friends to share those challenges in co-op. Together, you can squeeze even more fun from Monster Hunter Rise, but if you are a solo-oriented player, sameness will quickly choke your enthusiasm.