Experiencing the COVID-19 pandemic is horrible, but it’s just a mild warm-up for the horrors that await humanity in 2022. The series finale of Earth will begin with the discovery of the Pandoravirus in the rapidly melting permafrost – dormant for millions of years, this unusual pathogen will quickly spread into humans who lack natural immunity to it. Instead of forcing us to work from home and suffer endless Zoom calls, this crafty little bugger will morph people into mutant molluscoid driven by gestalt consciousness hell-bent on destroying the civilization. Hordes of infected will flock to the sea, only to emerge with scales, claws, and an insatiable hunger for human flesh. This pandemic would be the mother of all pandemics, only if it were nonfictional. If it were a movie, “Mutated Lovecraftian terror from the ocean“ wouldn’t nab an Academy Award for best original screenplay, but gaming fans of pulp SF rarely frown at the classic ideas. 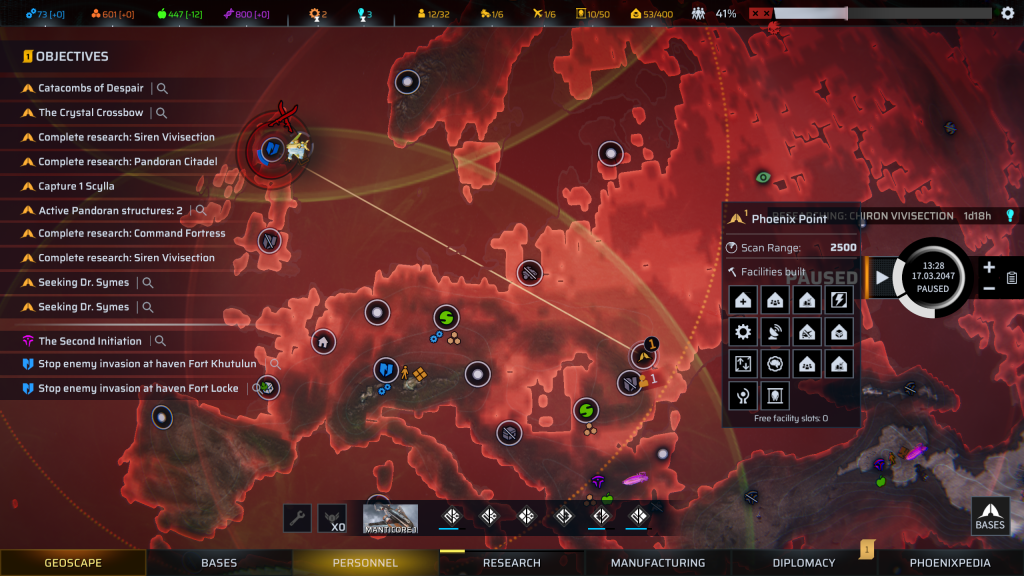 This is the basic synopsis for Phoenix Point, a planetary defense simulator made by the author of the original X-COM: Enemy Unknown from 1994. (or UFO: Enemy Unknown as it was called in Europe). Julian Gollop and his team from Snapshot Games made a rather rough Epic store exclusive game that lacked balance, polish, and proper direction. It was widely perceived as a letdown to the legion of fans that funded the game on Kickstarter, myself being one of those mildly disappointed people. Being the old school gentlemen, Julian put everything else on standby and set his sights on fixing the game and restoring his clan’s honor. Twelve months later, we got Year One Edition, offered for half the original price, and finally made available on Steam. The Year One edition includes all previously released content for the game: 3 DLC Packs (Blood & Titanium DLC, Legacy of the Ancients DLC, and the Living Weapons Pack) and a plethora of updates, upgrades, fixes, and new content suggested by players. The game has a very vocal, very engaged community that actively participated in improving the game, and the result is not shabby at all. 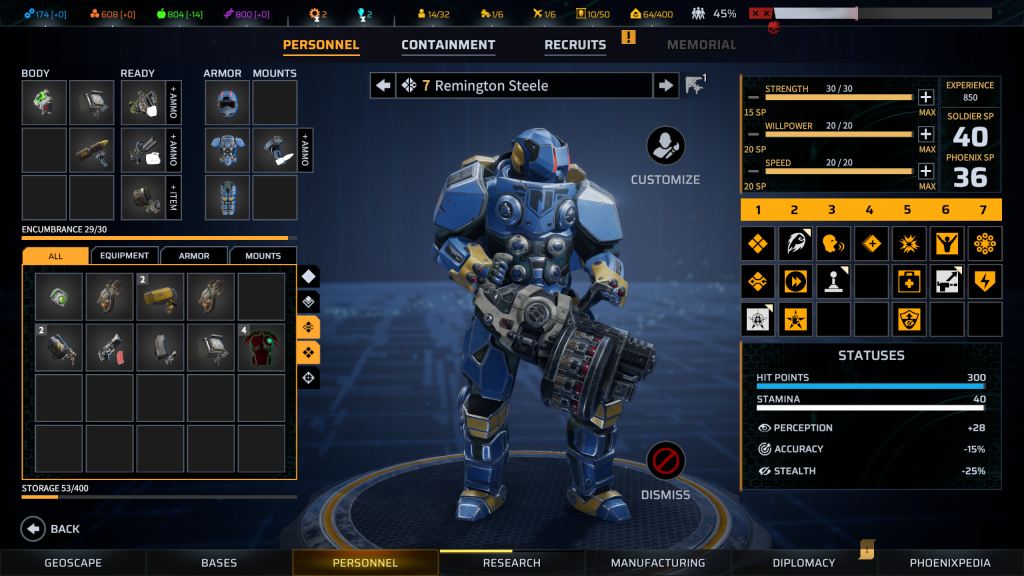 Let us get back to the basics for a while. You might wonder what the heck is a planetary defense simulator? Consensus defines it as a game with strategic and tactical components in which a small clandestine agency defends the world from the global alien threat. Phoenix organization, initially a weak force consisting of few combat operatives and one poorly equipped base of operations (Phoenix Point), will need to rise to the occasion, expand its offensive and R&D capabilities, rally the surviving population of Earth, and get to the bottom of the alien threat. 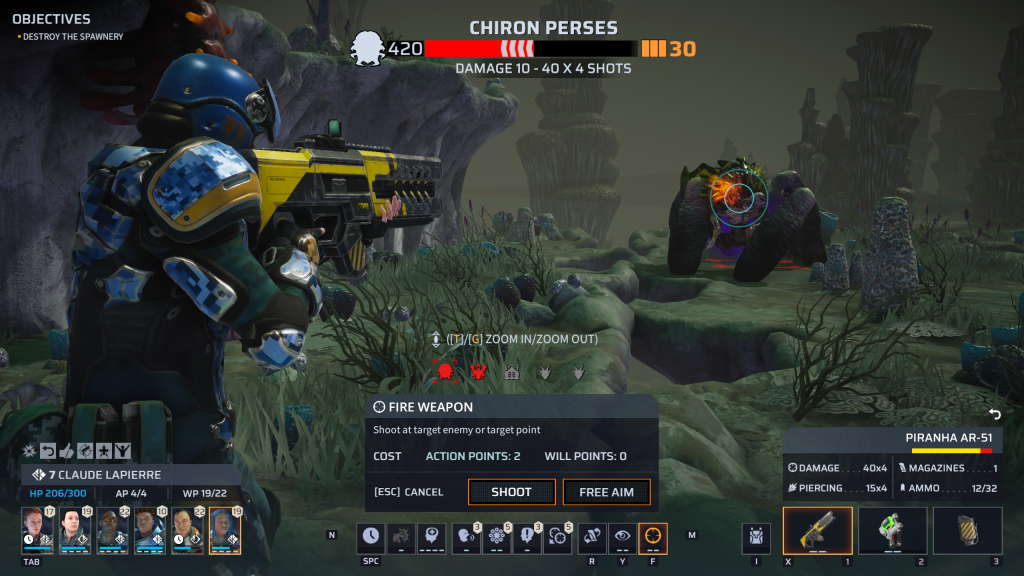 Like every proper PDS game, Phoenix Point is a non-linear affair that offers the player great freedom in chasing those goals. Chief among them is the need to balance between three factions of the survivors, each with its unique vision of the future world free of the Pandoravirus. New Jericho wants the military solution, burning the mutants colonial marines style; Synedrion seeks a scientific, balanced approach (they have laser weapons to back that approach); Disciples of Any wants engineered evolution of humanity and the ability to counter the Pandorans with the mutations of their own. You will need to impress them or wage war on them to benefit from their resources and R&D. Allying with each faction offers the possibility for a different ending, so there is the incentive for replaying the game that modern XCOM sequels lack. 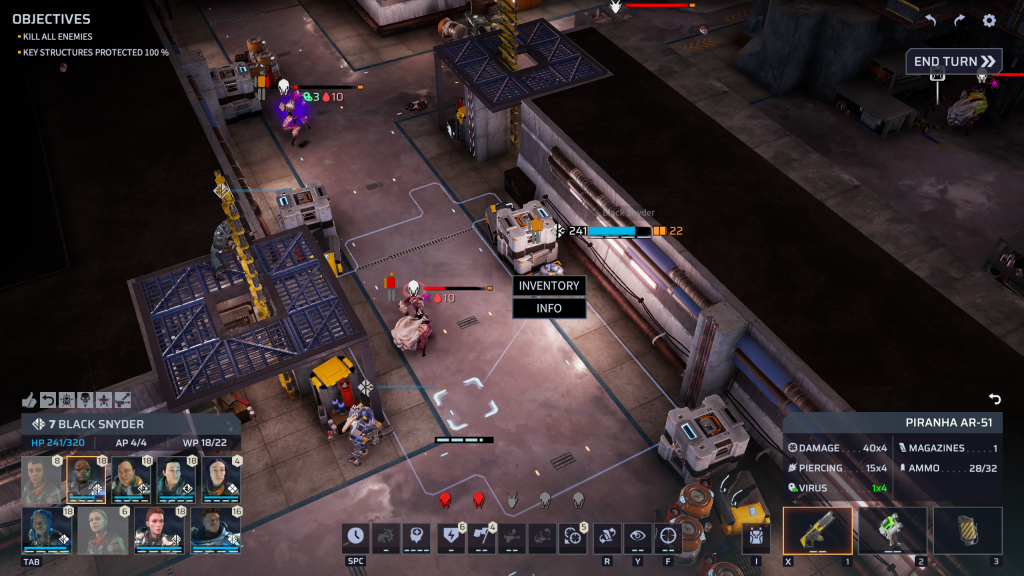 If you prefer a challenge, you can choose to ignore everyone and forge the unique Phoenix Path to victory. Staying ahead of the virulent threat is mainly achieved by researching and developing new weapons and tools to counter it. If you had played any X-COM or XCOM game before, you know the drill. Although you will make more significant, strategic decisions on the planetary interface, you will spend most of the game time playing turn-based tactical battles. Phoenix Point is a challenging game, even on the regular campaign difficulty setting, mostly because nonlinear structure combined with the prospect of escalating threat means that mistakes are cumulative and definitive. If you had failed to research the technologies necessary for upgrading weapons for your ground operatives, you would have a tough time facing the evolved Pandoran threat. 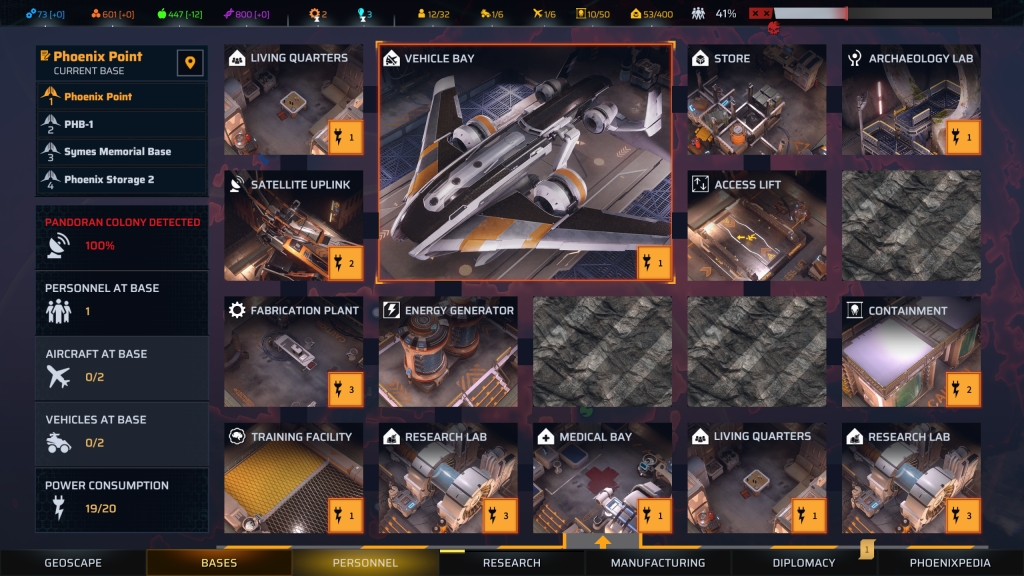 Evolved? You bet! Pandorans adapt over time, mutating their grotesque abominations with carapace shields, extra layers of hardened tissue, venom glands, and even human weapons! Escalation is slow but inevitable, and you need to counter it by being fast and efficient with limited resources. You will need to find and activate multiple dormant Phoenix bases, repair their installations, and build more facilities with strategic importance, i.e., research labs and manufacturing workshops. You will also need to train and nurture your combat force, organizing it in at least two full squads to respond to threats on the entirety of the globe. Apart from evolving, Pandorans will spread their virulent mist all over the continents, inside which they’ll build their lairs, starting points for raiding human settlements and Phonenix bases. Resources like materials and tech are hard to come by. Still, they are needed for crafting everything, including the ammunition expended during the missions – the tightened economy is one of the more critical fixes from the original game, devoid of much challenge due to the abundance of everything. 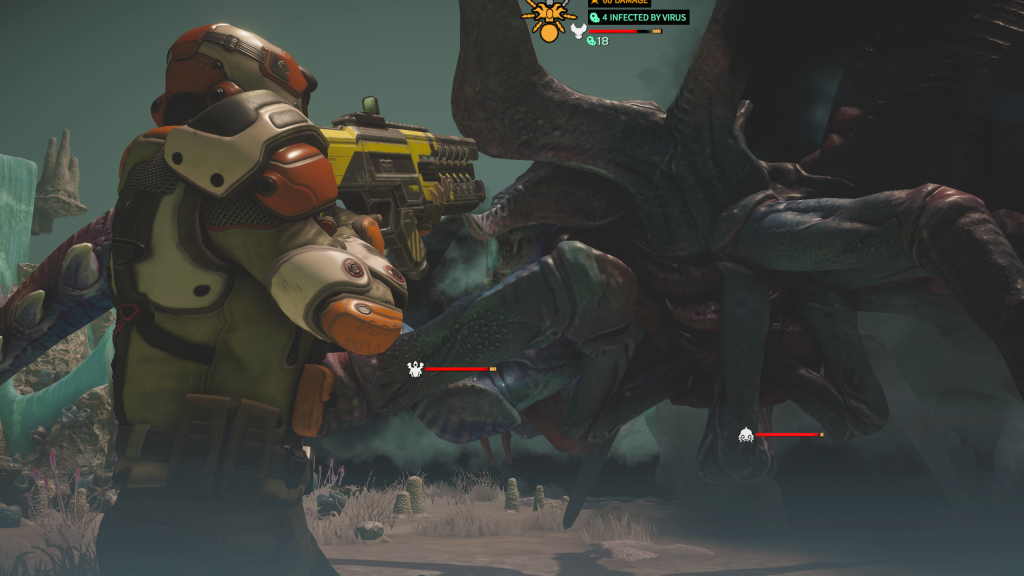 Phoenix Point: Year One Edition offers improvements in almost all of the original game aspects, except in the endgame, which is still a heavy drag. You’ll spend dozens of hours in tactical battles, wishing for the auto-resolve option of some sort. More work is needed on that aspect of the game, but I do not doubt that Julian and co will eventually et on top of it. Maybe in the Year Two Edition?