Project CARS, in the form as we knew it, no longer exists! The Don Quixote among driving simulations, the only game in the genre that tried to bridge the gap between hardcore and mainstream achievements, is now history. What do you mean, you wonder, since you now have the impression of reading about the third chapter of a book that recently appeared on the shelves. The answer is simpler than you think – only the name of the old ace remains, while the content packed in a seemingly recognizable outfit has been completely changed. So much so that it seems that Project CARS 3 is a completely new game…

The leitmotif of the game is “exciting driving,” something that the authors (unfortunately) tried to achieve in an artificial way. Instead of working on fixing the bugs from Project CARS 2, honing the campaign and insisting on the features from CARS 1, they threw everything away and started from scratch. The race is boring and you’re easily lapping your opponents? No problem, the AI ​​routine will kick in, and, like on an amusement park ride, will make a mess on the track and slow you down. If, by any chance, you manage to get out of tricky situations, the AI has another ace up its sleeve – the laws of physics don’t apply to computer-controlled racers, so where you have to brake, they don’t have to, while their vehicles handle like the Mercedes cars in Formula 1. OK, no problem, you won’t rely on offline gaming and will transfer the matches into the online universe. Sike! Project CARS 3 simply does not value precision, clean driving, and gentlemanly behavior, which is the basis for good online entertainment. In this segment, the game is irresistibly reminiscent of the previous Forza Motorsport sequels in which pushing with opponents, leaning on their chassis when taking difficult turns, and cutting corners by driving on grass were the things that led you to the podium. You all know the kind of chaos online races in Forza 7 became, and that is the last thing serious fans look for in a driving simulation. 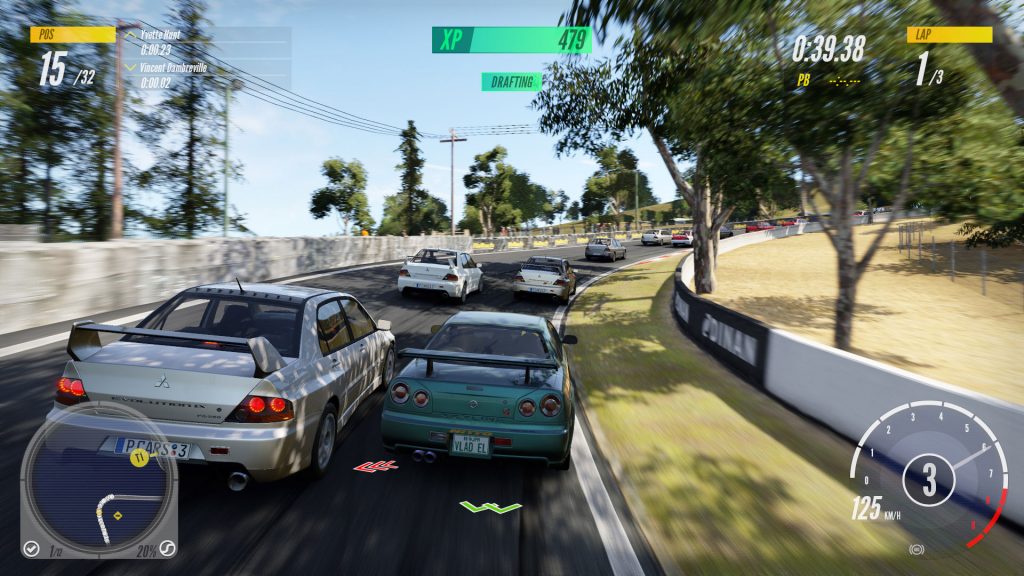 Although there are noticeable features that bring Project CARS 3 closer to Forza, that’s not such a bad thing, as this Turn 10 Studios release is one of the best simcades on the market. However, Project CARS 3 skids like Bambi on ice and falls even lower, all due to the physics model. Every sudden change of direction results in drifting, but not the kind that will make you lose control and end up off the track, but the kind that will make you think you are a good driver who reacts really well at high speeds and always keeps those 500 horses under the hood in control. As you careen towards the finish line, the camera will tremble and the car will shake so much that you’ll think you are operating a rocket, not a sporty four-wheeler. However, there is no sign of terminal loss of control, and you can own the asphalt below your wheels without major problems just by keeping the accelerator pedal pressed all the way to the metal. In this aspect, Project CARS 3 is irresistibly reminiscent of GRID, and it is very well known that that is one of the arcade games in which things are only seemingly under the control of the driver. It’s something that simulation fans just can’t stand… 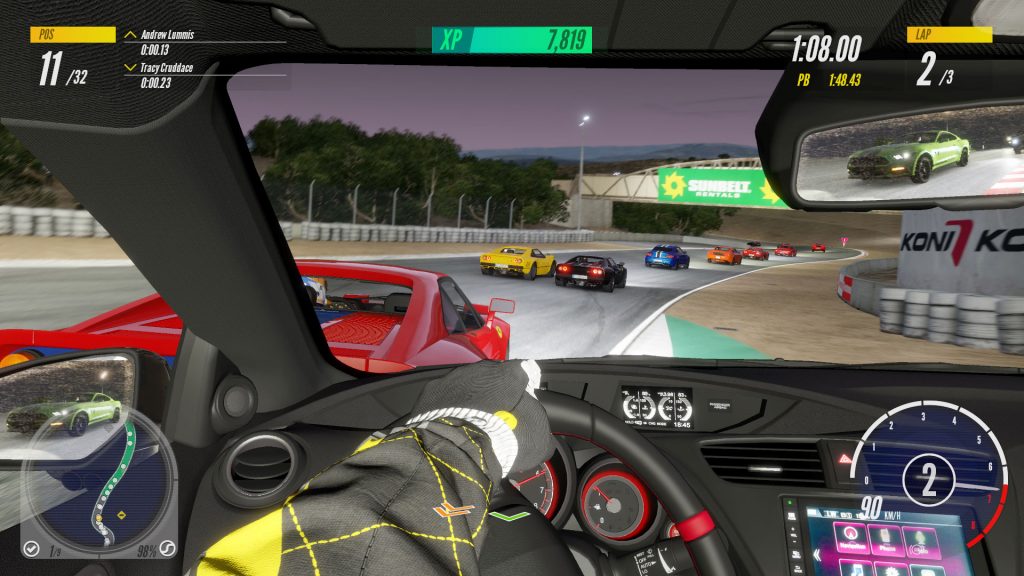 If you’re wondering whether things can get any worse, you need to know that things really aren’t that dire. If Project CARS 2 had this control model, we would still be playing it today, and we would be praising its developers. We aren’t talking about how the game behaves while you are using a wheel, but a regular controller. The open stage ovations are fully deserved, as Project CARS 3 has the best control model and controller support ever seen in the racing games world. At the same time, you can drive equally efficiently when you use the chase camera and when you move to the cockpit. We also have to praise the authors of the game on the level of detail when it comes to cockpit elements, as well as on the remarkably modeled cars that seem to have “driven” from a TV broadcast and into the game. Overall, the graphics component of the game is great, which means that it will be a real treat for the eyes, especially if you add the passage of time and the change of weather conditions to the mix. The downside is that there are only two “slots” for weather conditions, so the night races and races in the rain are somewhat less convincingly presented than the others. Quite strange, considering that driving in the rain was an eye-candy experience in the previous entry. 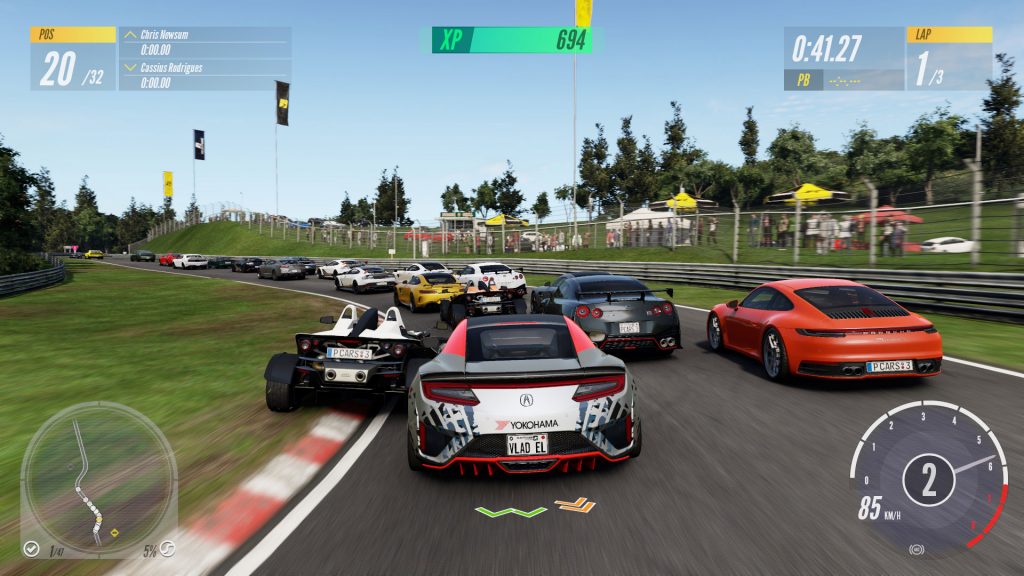 The campaign, as the central game mode, is organized according to the classic principle, and that is both a good and a bad thing. Three years ago, we would have given an arm and a leg for a mix of circuit races, time trials, and other challenges, especially since it’s a well-known fact that the cars are divided into classes and that it is possible to upgrade them. You can spend your earned money on improvements without blinking an eye, and it is safe to say that the garage is one of the best-designed segments in the game. There’s also the department that has caused Project CARS 3 to remind us of Need for Speed ​​- the ability to “paint” on the car’s body, change rims and tires, and even tweak the appearance and content of license plates. However, no matter how spectacular this all seems, especially because it has been well-implemented in practice, we haven’t seen anything new that would lead us to single out Project CARS 3 from the competition. To the average player, fed up with the challenge of classic arcade creations, the way the campaign unfolds will come as a real treat, but we have been seeing this for years, (especially) in Forza and other competing titles. 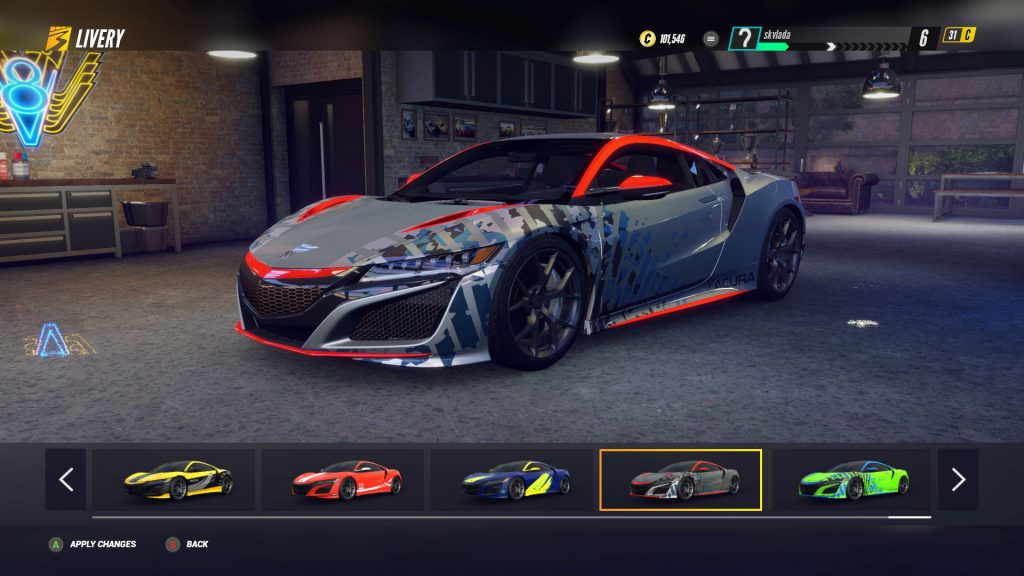 Lastly, let’s look at one of the features that has led many fans of driving simulations to remain coasting along the circuits of Project CARS 2. The casual game mode allows for the possibility of setting the race structure according to your own discretion and needs. Since Project CARS 3 has distanced itself from simulations, it is now just a pale shadow of the former champion. We’ve already mentioned that there are only two “slots” for weather conditions, but things do not end here. Pit stops have been eliminated, there’s no replacing tires – in fact, the tires do not wear off at all, nor does their behavior vary depending on changes in temperature; also the game does not monitor fuel consumption, which is the final nail in the coffin. To some extent, a large number of tracks and licensed cars will improve the situation (the cars do not suffer mechanical damage), but at the end of the day, it is all very, very slim. Project CARS 3 is a real disappointment from the legacy perspective (looking at its predecessors as a point of reference). But, looking at it as a new title with its focus being on becoming an arcade release… That’s where the situation is significantly different, and your attitude towards it depends solely on whether or not you can embrace the changes. 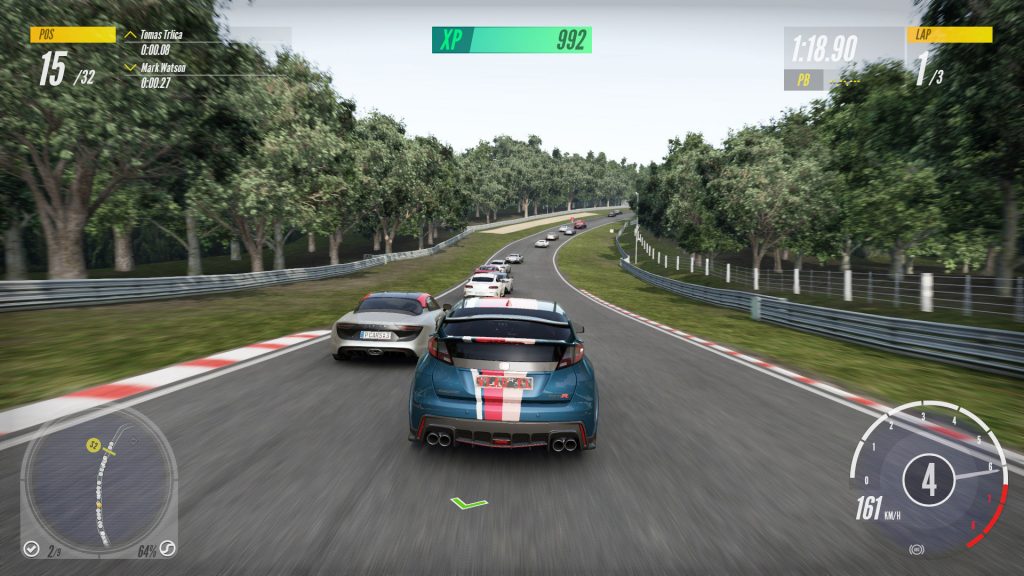