Subnautica: Below Zero has some big shoes to fill, or rather, an enormous diving suit left from its hulking elder sibling. The original is considered as not only the very best survival action-adventure ever made but one of the finest games from this millennium. Beating that is just not realistic, so the next best thing would be just that, becoming the next best thing.

Subnautica: Below Zero is set few years after the original game, on the arctic region of the same ocean world of 4546B. Icy new biome offers fresh challenges, unique flora and fauna, and a whole new story told in a different fashion. This time, instead of being shot down, you descent on this aquatic world willingly – as a young explorer/scientist Robin Ayou, you doubt the official company communique about the death of your sister Samantha, who perished as a part of a scientific team employed by Alterra. After making an unsanctioned hard landing on 4546B, it is up to you to investigate the clues and get the whole truth and nothing but the truth, so help you, God. 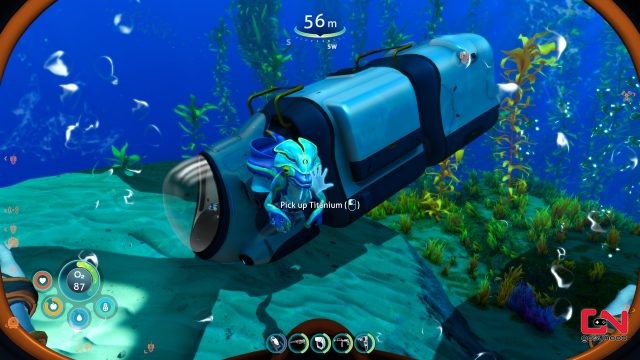 But first, you must build. You start in the same manner as a survivor from the original Subnautica, equipped with some basic tools and left to his or her wits. Initial technology is mostly identical, but the crafting resources are slightly different in some respects. You still need to explore and discover new blueprints, usually via analyzing equipment wreckage that litters this once pristine place devoid of humans.

While not necessarily better, the story here is more complex than the plot of the Subnautica and presented with a lot more narration, mainly through an endless pile of audio logs you’ll find everywhere. There is even a live NPC(s) to talk to; you are not alone in the strange world anymore! You’ll also get to know, although post-mortem, lots of interesting characters that were the members of the Alterra-sponsored scientific expedition, and more importantly, your sister’s role in the mess they and their company created. The alien lore and narrative from the Subnautica are significantly expanded, but elaborating on that would firmly throw everything in the sea of spoilers, so we’ll behave. 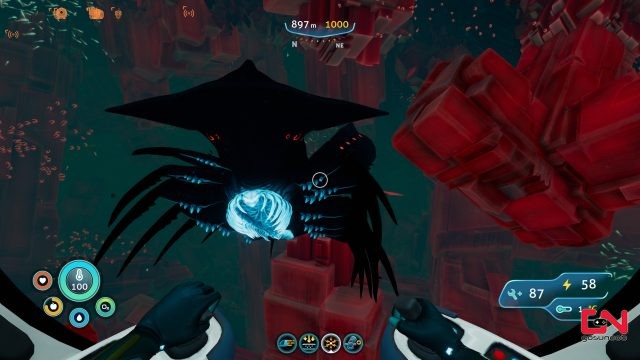 This time around, you will spend more time on the surface, which is quite improved compared to frankly placeholder-quality ground from Subnautica. The frozen landscape of 4546B is vast, diverse, full of surprises, and deadly – apart from the hostile fauna you can only distract and run from, you’ll start suffering from the cold the moment you emerge from the water. On the surface, the oxygen gauge is replaced with the temperature indicator, and reaching zero means death by hypothermia. You can remedy that in various ways, from standing near the geysers or strange, heat-emitting flowers to wearing a special suit, taking shelter, etc.

But still, most of the twenty-plus hours you’ll spend underwater. Instead of Seamoth and Cyclops, you now have a vehicle that combines both fast transport and deep dive utilities. Seatruck is a modular vehicle based on a compact tug similar to the nimble Seamoth that can tow separate utility modules such as fabricator, storage, and even mini-dock for the Prawn exo-suit. Fully stocked Seatruck is a functional mobile base that can adequately serve your logistic needs while exploring remote areas. Modules can be rearranged at will and even temporarily detached when the need for exploring a cramped cave system arises. On the other hand, Seatruck is much simpler to control than Cyclops, and I’m somewhat missing the complex, giant submarine that required skill to utilize effectively. 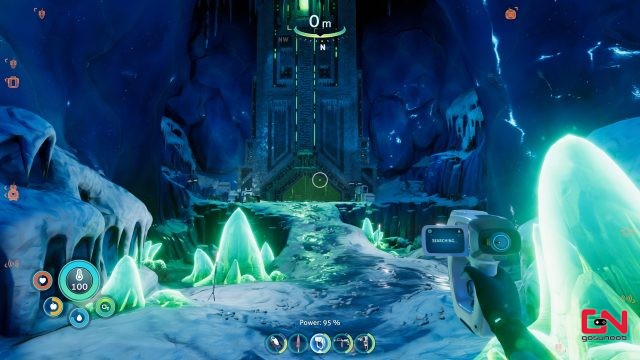 Prawn exo-suit has made a comeback, and it’s still handy for extensive mining operations while equipped with a drilling arm, and there is also the fact that it can go deeper with a second depth upgrade than Seatruck with a third. Snowfox is an entirely new vehicle, a tiny hovercraft ideal for traversing the snowy surface areas of 4546B. While riding the Snowfox, you are immune to the hypothermia-inducting cold weather, so it doubles up as a mobile shelter. 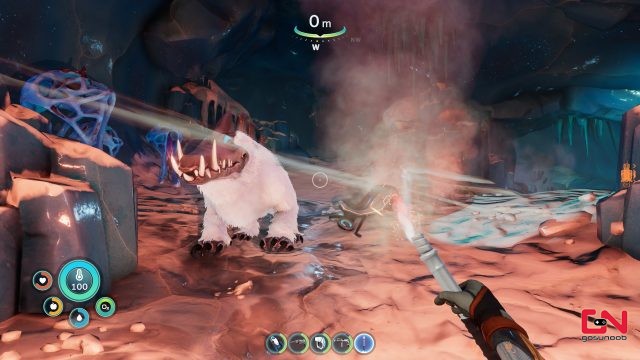 Searching for the clues about your sister’s demise requires lots of exploration, made easier via radio transmissions and other automatic beacons that serve as explicit hints about where you need to go next. Due to the significant hand-holding, Below Zero presents somewhat of a lesser challenge than the original game, which mainly had left the player to figure the stuff out on his own. Remember the Aurora, the big crashed ship surrounded by deadly radiation? You had to decide on your own whether exploring the wreck makes any sense, find the blueprints for a rad-resistant diving suit, explore the outer shell and figure out how to enter it. Unfortunately, that complex environmental sleuthism is toned down here.

Visually, Subnautica: Below Zero tries to expand upon the original by introducing an even more alien-looking seascape below the waves. It almost managed to impress me as the original did, but after the extensive, multiple playthroughs of Subnautica over the years, beautiful underwater vistas lost the sense of wonder. It’s still an awesomely looking game, but the feeling of deja-vu is inescapable. 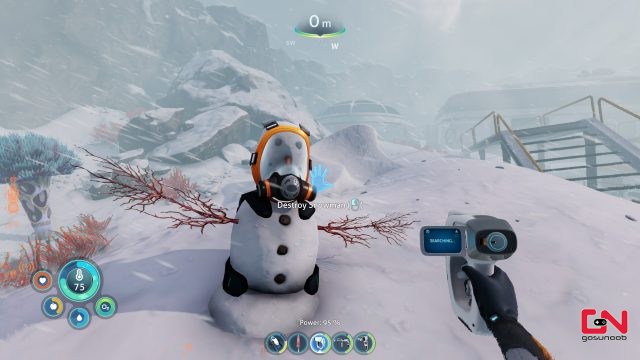 This sequel to the best survival game of all time faces an unfair uphill battle with its predecessor – there is no way anything beats original Subnautica, at least not anytime soon. Let’s hope that the developer doesn’t lose hope trying to outshine their best underwater work and decide to take their next game to the literal skies – we saw that kind of desperation in the guise of innovation in Bioshock Infinite and Sunless Skies. We didn’t quite like it, so we don’t need to experience it again in Suborbitalica. So, dear devs, maybe change the planet, but please stay below the waves, you are doing good work there.