How to fight modern techno fascism that turned great European metropolis into a dystopian warren of crushed liberties? Apparently, it is relatively easy if you have a small but determined group of urban hackers with smartphones and drones. If only German socialists had enough Samsung Galaxy Notes, Hitler would never leave obscurity and would end up as a disgruntled beerhall clown. In the great battle of abbreviations, NFC would easily crush SS… 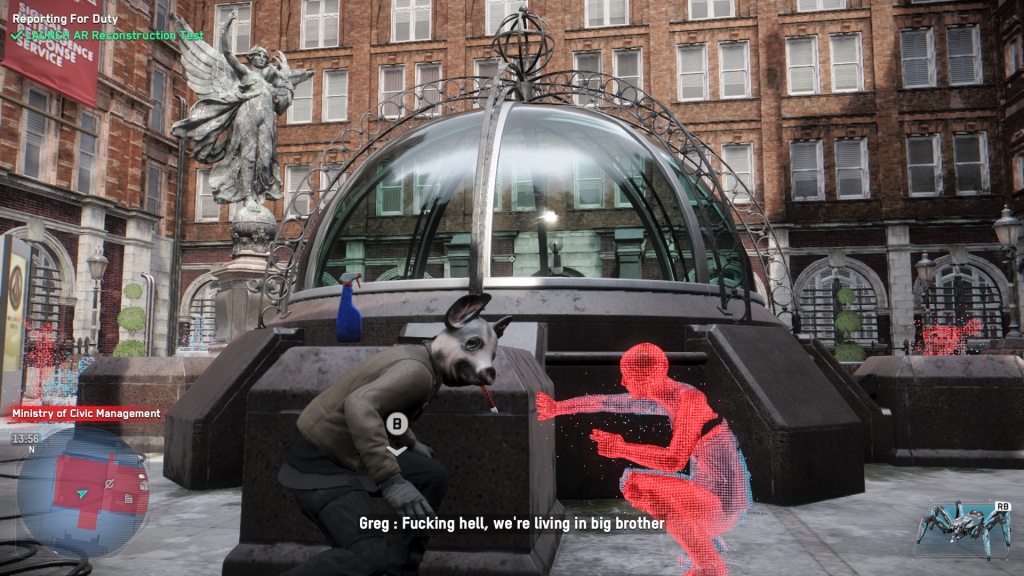 Ubisoft often takes very creative liberties to conceptualize their open-world games. Still, speculative fiction in their latest Watch Dogs game is an ambitious shot towards the moon of crazy narratives. Urban guerilla vs. fascist oppression struggle in near-future London is depicted in fun but unrealistic fashion. Its banality easily defeats craziness in the last few Far Cry games. It’s 2020, a year in which all bets are off, so we can’t quickly determine if Ubisoft has a sound business strategy or flails wildly in the asylum of mad ideas. 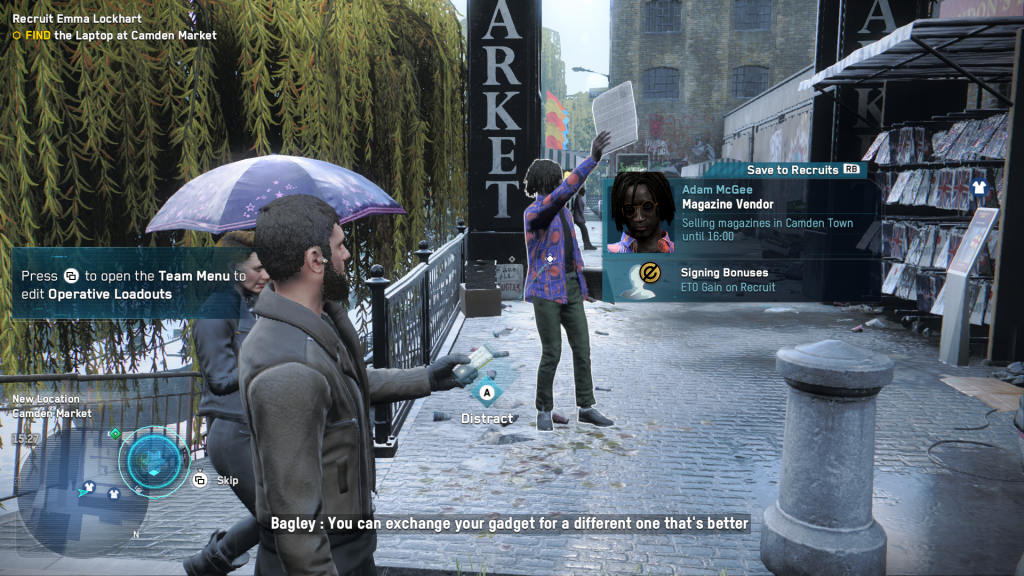 After the terrorist bombs devastated several landmarks and killed many people, London adopts martial law. A new strict regime is enforced by Albion, a private military contractor that turned the city with the largest number of CCTV cameras into something far worse. Having become the world capital of surveillance, London adopted a new edition of ctOS, a centralized smart city solution that already failed twice, as seen in previous Watch Dogs games. Albion also employed an army of paramilitary thugs assisted with a fleet of drones to enforce radical new policies and instead pointlessly oppress the population with banal street violence and intimidation. 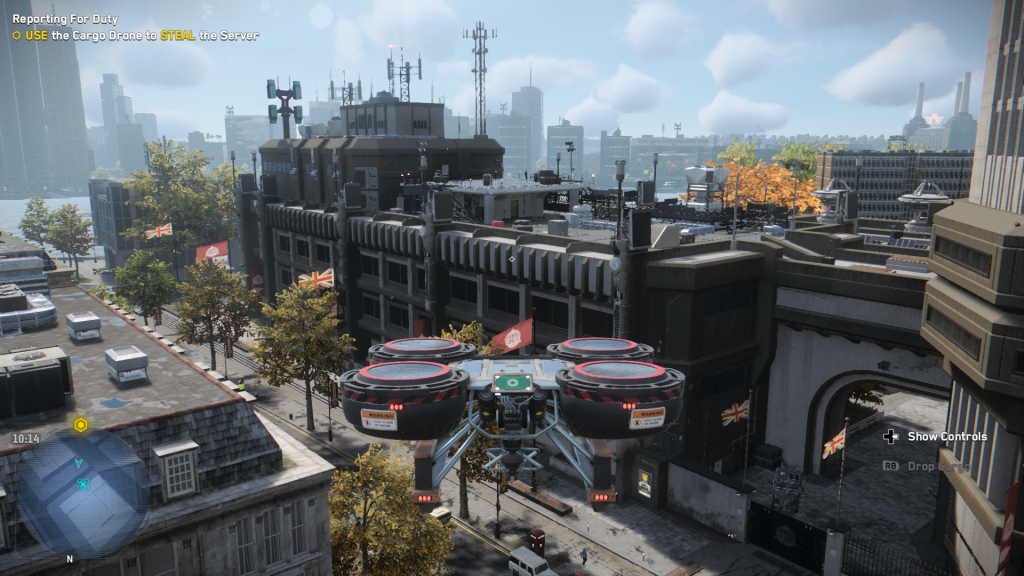 Bombings were blamed on DedSec, an anarcho-liberal group of hackers that found itself mostly destroyed in the aftermath. They survived by the skin of their teeth, determined to enlist the general populace’s help in toppling the paramilitary fascist regime that terrorizes people into submission. Citizen warrior/hacker is the last, best hope for restoring democracy and the rule of law. 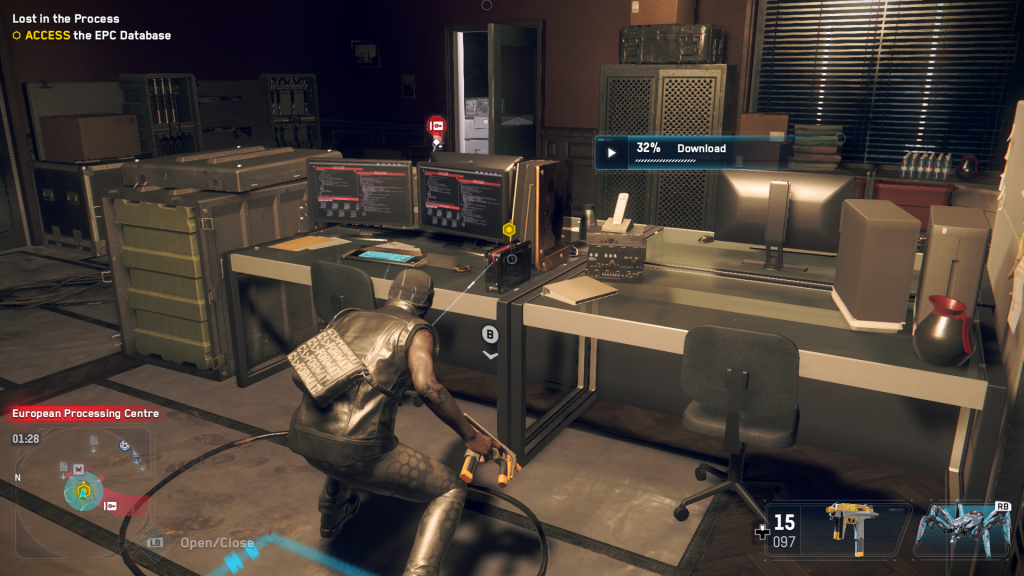 The most significant difference from previous Watch Dogs games is the absence of a fixed protagonist(s). “Legion” in the title refers not to a horde of demons but the concept of open recruitment of resistance fighters. Almost every person you encounter in the streets of London could become a hybrid of a front line fighter and hacker. Their perks and flaws are easily procured by pointing your smartphone at them. Depending on their attitude to the DedSec organization and perceived usefulness, you can proceed to recruit them. It’s an interesting system with procedurally generated personalities from different backgrounds but, with several exceptions, devoid of exciting individuals with fixed stories that drive the narrative.

So, procedural humans of Watch Dogs: Legion are mostly forgettable, but all is not lost. The whole show is stolen by Bagley, artificial intelligence in DedSec employ with a great sense of (mostly) black humor. Bagley is deus ex machina that enables most of the tech wizardry depicted on screen, like Augmented Reality reconstruction of past events that are crucial for uncovering the plot against London. Several radio personalities are also worth noting for their sharp wit and social commentary – you will tend to switch to their radio station as music selection is quite ill-fitting for anyone older than sixteen. 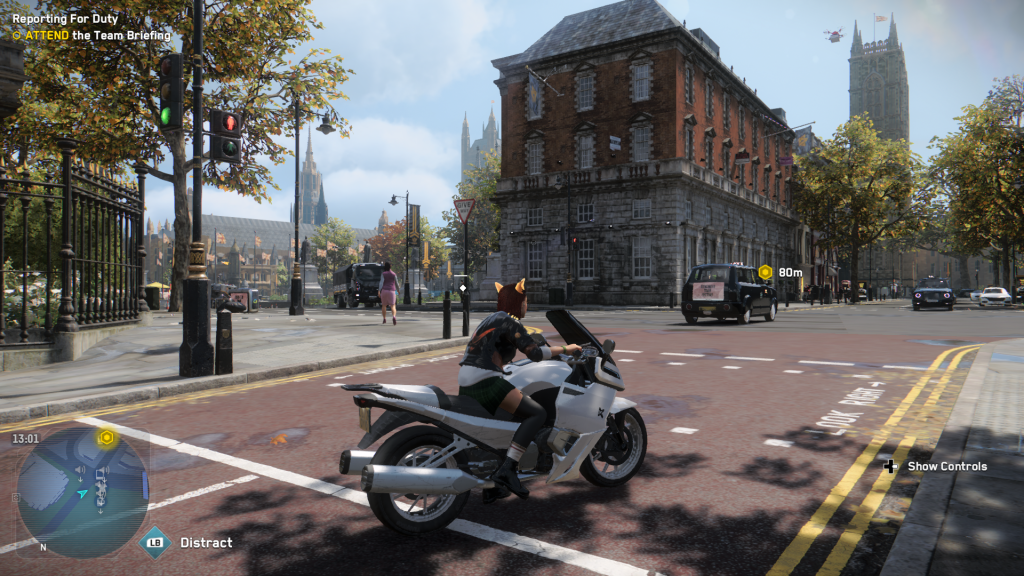 Your citizen heroes will engage in typical urban sandbox stuff seen in previous Watch Dogs games such as driving, hacking, infiltrating, killing or incapacitating. Their job determines their starting gear such as weapons or specialty hardware. For example, the construction worker has access to heavy cargo drone you will need to nab big server hardware from the roof of a building. Piloting drones and solving light environmental puzzles with power lines is also an abundant gameplay element. As the campaign progresses, avoidance becomes harder and armed combat becomes more and more necessary. You can opt for non-lethal methods using electric dart weaponry, old fashion guns that kill, or one of the various combat gadgets or external hardware (hacking turrets or drones and turning them against opponents, for example). Action is quite satisfying, but mission objectives tend to blur into one generic mixture after a while.

The main problem with the plot and execution is that everything you see is pretty ridiculous and not plausible. Cartoonish techno-fascism delivered by armed PMCs looks and feels like fiction inspired by late eighties Anime, but DedSec hacker/ commando guerilla consisting of urban hipsters and ordinary people with zero training in combat and hacking is even more laughable. 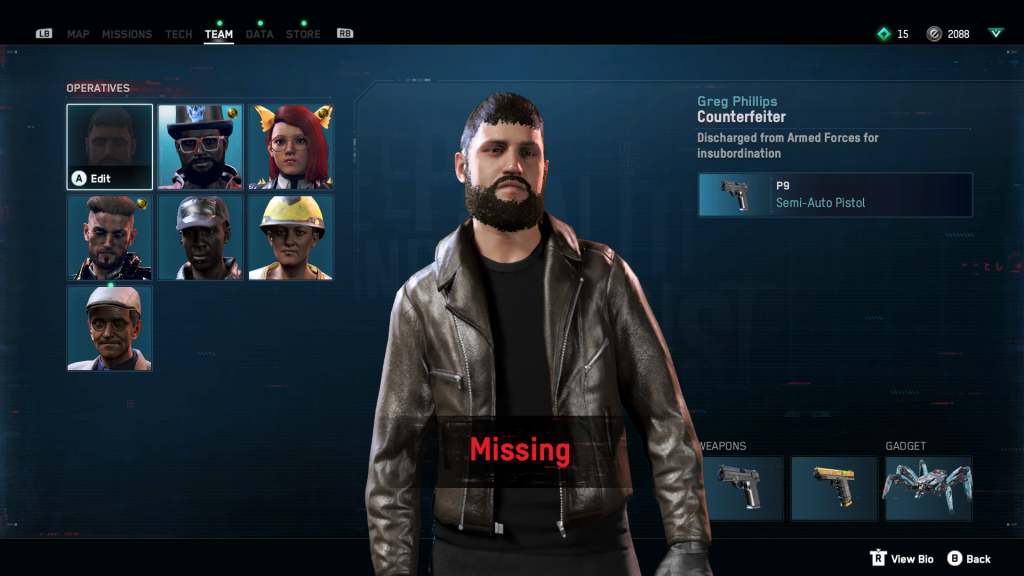 For the most part, the game works like Antifa power fantasy, which is OK if you are an Antifa sympathizer, but feels off if you are not. The game that tries hard to preach and project powerful social commentary does a disservice to its ideas by trivializing the response to oppression. History is a great teacher in that regard – even in low-tech societies in which surveillance was mostly conducted with informants and regime sycophants, any armed resistance was short-lived. Violent, anti-regime defiance can only succeed as part of a globalized revolution with help from outside – as a localized movement inside a closed system within a greater, functioning whole, it will always fail, even after great initial success. Paris commune, Warsaw uprising, Republic of Užice, Hong Kong democratic movement. Noble ideas are just not enough of their own. 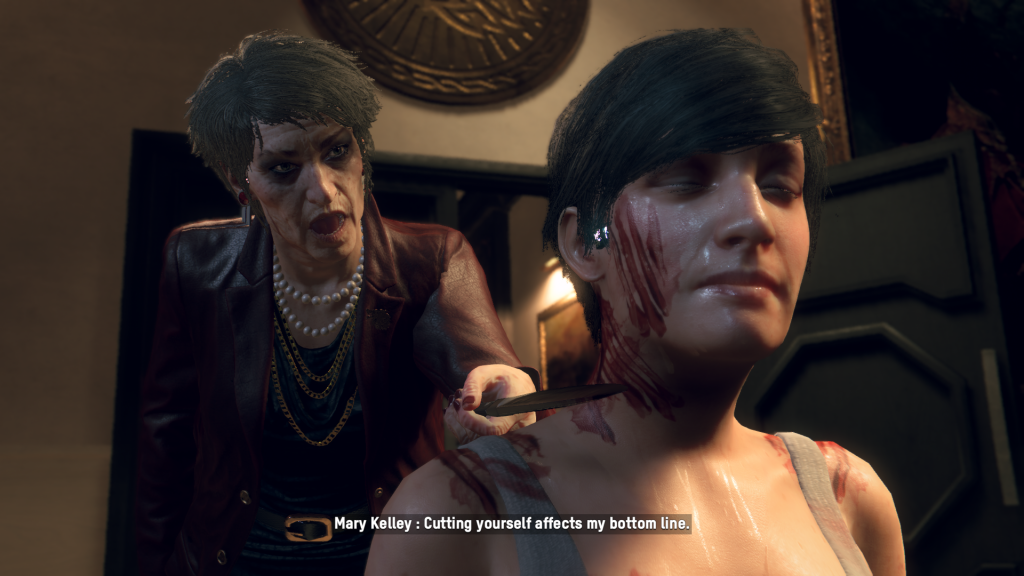 If you manage to suspend your disbelief, you might extract a solid dose of mechanical enjoyment from Watch Dogs: Legion. It’s a functioning sandbox from the great masters of sandbox gameplay, and in that regard, the game works as advertised. If you don’t expect a world-changing narrative, you’ll be fine.