It’s almost time for Sea of Thieves Season 7, so get prepared for a slew of new pirating content that you can undertake on the high seas. Since Season 6 has been going on for a long time – much longer than previous seasons – you will no doubt want to know all about Sea of Thieves Season 7 and its upcoming release date. In this guide, we are here to tell you everything you need to know about this latest season, including when you will be able to play it, as well as what sort of new content you can expect to see in it. 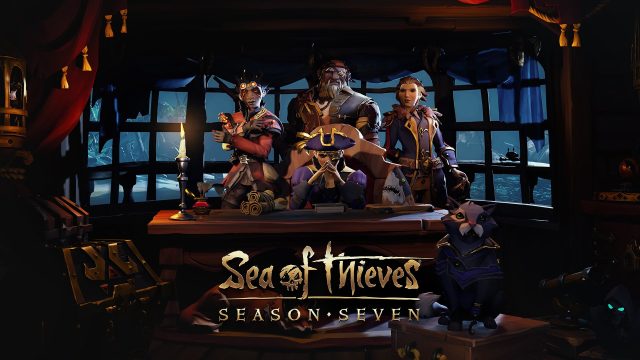 When is Sea of Thieves Season 7 Coming Out?

The Sea of Thieves Season 7 is scheduled to release this Thursday, August 4th, 2022. This is going to be a very big update to the game, as it will add many new systems to the game, as well as change existing ones. The biggest update is no doubt the new Captaincy system. This will allow you to get your very own ship. There are three types of ships: Sloop, Brigantine, and Galleon. You can own one of each of these. According to the latest twitter post the Sea of Thieves servers will be offline from approximately 2AM PST / 5AM EST / 9AM UTC / 11AM CET / August 4th.

Attention, pirates! Season Seven is on the horizon, but before we let it drop anchor we have switches to flip and Ship's Crests to nail up, meaning the Sea of Thieves servers will be offline from approximately 9am UTC tomorrow, August 4th. Please plan your Voyages accordingly. pic.twitter.com/x6IYKrmQsk

The Sloop is a small and mobile ship that has limited firepower and only room for up to two crew members. It costs 250,000 Gold. Next up, the Brigantine. A mid-sized ship, it features more firepower and can have up to three crew members on it, for 375,000 Gold. And finally, the Galleon. The biggest of the three, it has the most firepower and you can have up to four crewmates on it. This is reflected in its hefty price of 500,000 Gold. Needless to say, you will also be able to name these ships. Of course, there are going to be many more surprises and new content in this Season 7, so stay tuned to GosuNoob for more Sea of Thieves news and guides.