To celebrate its 10th year anniversary, the newest re-release of Skyrim, titled Skyrim: Anniversary Edition is out now. A lot of new content has been added to this Edition, but some of it is also now available in Skyrim Special Edition, too. The Saints and Seducers questline is one of these, and you can play it on both the Anniversary and Special Editions. Originally exclusive to the Creation Club, it was essentially a paid mod. Many of these new quests harken back to events and characters from past games, Oblivion in this case. However, it isn’t always clear where you need to go to start them. So, our How To Start Skyrim Saints and Seducers guide will explain what you need to do in order to begin this particular quest. 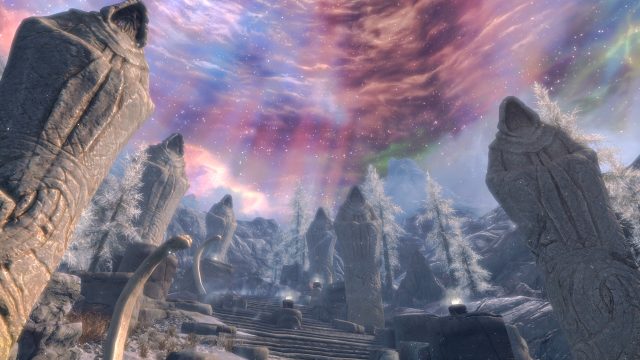 To start the Saints and Seducers questline, you will need to talk to Ri’saad. Like many Khajiit in Skyrim, he is part of a traveling caravan. They move all across the map, so it can be difficult to pin down where and when they will be exactly. However, there is one reliable location where he is guaranteed to stop by, sooner or later. This is outside the southern gates of Whiterun, and is probably the first place where you encountered the Khajiit when you originally played the game for the first time. So, fast travel there and see if the caravan is there. If it isn’t, advance time for a couple of hours until he is there.

When the caravan has made camp there, approach Ri’saad and talk to him. Select the “I’ve heard you’ve been running into trouble along the road.” dialogue option. Ri’saad will then hand you a note that you should read. This will officially begin the “Balance of Power” quest, which marks the start of the Saints and Seducers questline. 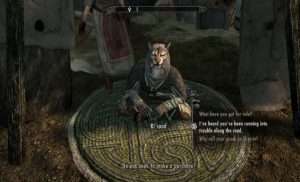 NEXT POSTHow to Fish in Skyrim Anniversary Edition