Goddesses’ Hunt is one of the side quests in Assassin’s Creed Odyssey. It’s the last one in the Daughters of Artemis quest chain, and the one where you’ll decide Daphnae’s destiny. At this point, Daphnae will give you the final step – Artemis’s Request. No matter which option you choose, you’ll get the Daughters of Artemis legendary crew cosmetic. In this guide, we’ll show you what happens in AC Odyssey Goddesses’ Hunt quest if you let Daphnae live, romance or kill her.

This ending happens when you pick the option If the gods will it. You’ll get to show respect to Daphnae’s cause and get into combat shortly after. Alternatively, you can choose the second option, There must be another way, followed by If death is what you want.

This is considered the good ending. At the end of it, you’ll get to honor Daphnae’s wishes, as she dies and you become the new leader of the group. This is also the only ending where you fight only one person from the group, and probably the easiest one. Once Daphnae is defeated, the other daughters of Artemis don’t become hostile and the quest is completed. There is a sad ending scene, and an additional line of conversations. 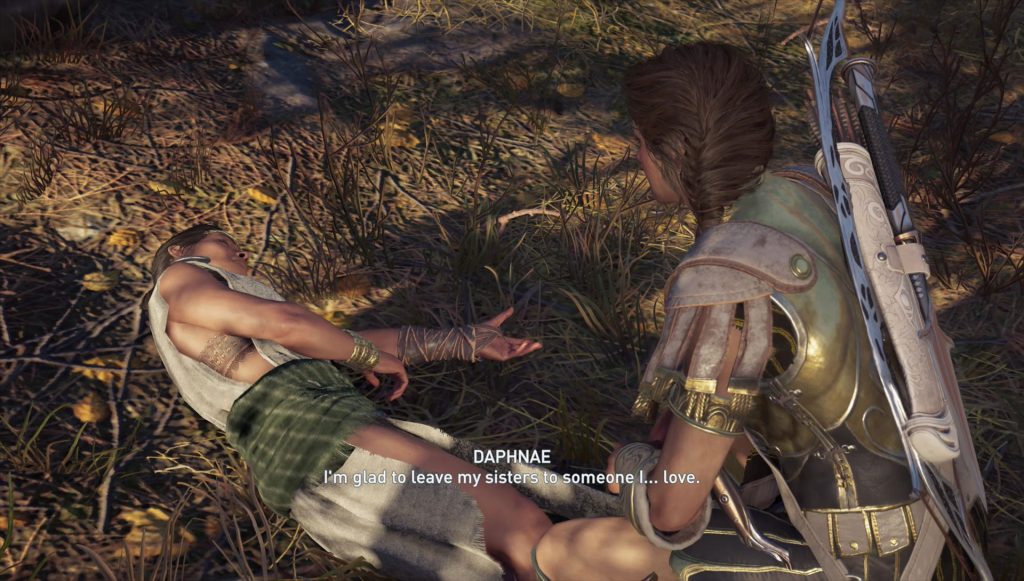 This ending happens once you pick the option There must be another way, followed by I could love you.

You might think this one leads to a happy ending, but it does not. Although you will admit your feelints to Daphnae, even going as far as kissing her, Dahpnae’s vow to Artemis is much stronger. At the end of it, Daphnae will tell you not to return, as she would be forced to kill you. Out of all the options, she seems the most angry with you if you pick this one. Later on, the other daughters of Artemis will become hostile and you’ll need to run. 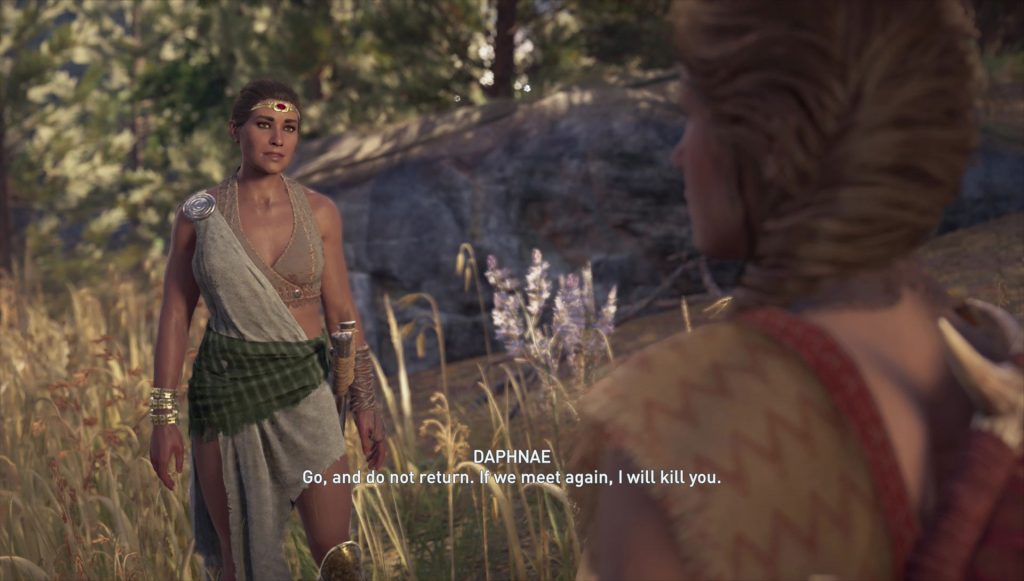 This ending takes place once you pick the option I won’t fight you.

This is where you decide you will not be the leader of the group. Daphnae calls you a coward and instructs you to leave and not look back. Although she is disappointed in you, it appears she is not as angry as when you choose to kiss her. The other daughters of Artemis will attack you, but as the quest is completed you can just run away.